For this year’s Story Pile articles, there’s a lot of rich reading to do. Turns out that this was the year of I Had A Lot of Free Time To Watch Long Things And A Reason To Keep Myself Distracted, so instead of wasting a month on Hannibal or Longmire or American Horror Story I watched things that were interesting and then wrote about it. 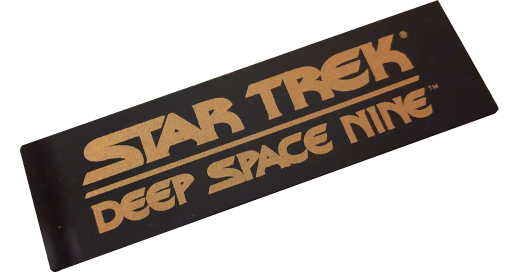 First of all I did an in depth watch of Star Trek: Deep Space 9 (parts one, two, three and bonus memes), which seems to be heralded as one of the best Trek series ever. The more time that passes, the more I look back on what held in my memory, the more convinced I am that it isn’t very good at all; it was novel, it was doing a kind of storytelling Trek couldn’t do much of at the time, and there were great ideas in it, but the show’s ambitions were failed by its executions. I do think it has probably one of my favourite episodes of any Star Trek ever – In the Pale Moonlight is great, and then immediately I think of four or five other really great episodes, which makes me doubt.

It was really enjoyable and it had some great ideas and great episodes. It’s just hard to get over the ways it was bad, because they were pervasive and permeating. 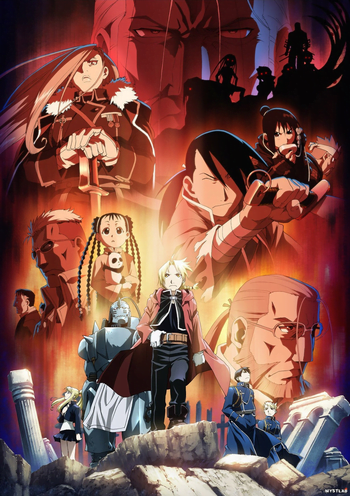 I also finally tackled the Fullmetal Alchemist franchise, something I’d been on-and-off promising myself I’d do for a few years now. The series is big and it’s sprawling and it’s made up of four ‘equal’ components (though that’s not counting the games): the manga, the first anime, the second anime and the live action movie. This one was a little harder to really nail down – fact is, the worst of them is the movie and it’s still going to fill two hours… fine.

I enjoyed Crazy Rich Asians, and my article on it is as much about that excellent sequence of Mahjong playing in the last act. I thought Douglas was an unexpected and excellent gem of a comedy show by a wonderful comedian, Hannah Gadsby. I also went over the ‘horror’ series Black Spot, which was about the intense and beautiful horror that came from an environment that feels to me completely alien.

There were some Story Piles that were just things I loved and wanted to talk about. Sort of raw enthusiasm, boiling away in me for sharing these stories or movies or series or characters or just good stuff so you could enjoy it during this time of Things Not Being Great. In that space, there’s John Wick 3: Para Bellum, Kipo and the Age of Wonderbeasts, Lower Decks, Logan Lucky, andOcean’s 8. Just stuff I liked, with simple, no-nonsense articles explaining what I liked about them or why they were interesting. Sadly, my Durarara!! article has lost its fight with copyright robots that mean the music no longer shows up between the paragraphs. Tragic.

I also finally wrote a long form piece on Bleach, a series I still love and kind of feel I want to return to to explain interesting ideas in it, perhaps in the same way I did with the Fullmetal franchise. I also wrote about the Hatsune Miku phenomenon with Odds And Ends.

I watched The Thing for the first time this year and would you believe it, that movie? It’s really good. So was The Big Short, which mostly was me wondering: How many of the same actors are about to go unpunished?

Then there are the articles that are focused on things that I thought were real bad but where the articles were satisfying or fun to write. I didn’t do a lot of that this year, though! It may surprise you to realise it, but I’ve tried to keep pretty positive, even if there are a few Story Piles about throwing something bad into the sea.

Of this, there’s of course my article on Tall Girl, which was terrible. There was my article about Tomb Raider, a movie sneering at the idea of it ever being good.  But the absolute crowning jewel of my ‘holy shit, oh no’ kind of articles this year had to be my piece on The Sonic The Hedgehog Movie (But Not Really), which is of course, about the 1990s kung-fu anti-drugs ad, Sidekicks, and the awful millionaires involved in its production.