In 2003, the then-ongoing Fullmetal Alchemist manga launched a new anime, which took the series’ adventure story and complicated scientific-based material magical power system reinforced through firm, rigidly defined character interaction, and made it into an affair of visual spectacle. This was a good decision because all the pieces were in place to make a great action adventure anime, with a dash of horror, with the promise of riding the popularity of the manga readers that were following eagerly along with the manga. 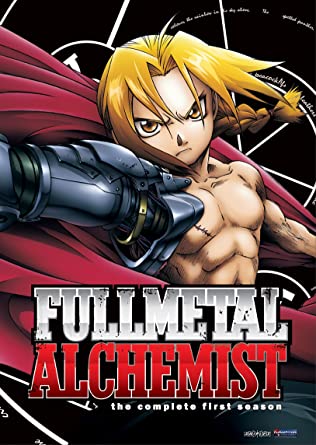 Now, conventionally, and certainly back in them nineteen hundred nineties, when an anime is made out of an ongoing manga there’s a bit of a logistical problem that seemingly everyone knows is there and it’s coming but most people involved don’t seem to think it matters. You may also know this as the Game of Thrones problem where a show is being made to follow another serialisation that is moving slower than the original. With the right kind of head start, sometimes the manga and anime can come together and land the same ending at the same time, but it rarely works out that way.

One reason is that there’s stuff that in a manga can take four pages that in an animated form takes a single second. This isn’t a knock against the forms, by the way; comics are their own art form, and when every single frame can be a frozen, held moment in time, and you can hold them all at once, you can make single moments so important and hold the audience’s breath in your hand. In animation, while time is plastic, you still can’t hold a single instant for that long. People notice. The language is different.

The typical solution to this is for the people making the animation to make more stories in the same narrative space, with the same characters, that doesn’t necessarily relate to the original story. This is what gets called ‘filler.’ Depending on the series, like Ranma 1/2, you might have a long-running anime that has more filler episodes than non-filler. In the case of Bleach, there are entire arcs of the story that are filler, just unique stories while they give the original series some time to catch up and overtake it again. Filler is generally regarded poorly, particularly dealing with stories that treat their conclusions as meaningful – the filler isn’t part of that story as is being written, so it doesn’t usually relate to it. There’s also something of a principle of ‘least contact’ when filler gets made – filler tends to be made to be disposable, or removable. Generally, the expectation is that filler shows up midway through a series’ life, padding designed to keep things going, and usually with zero impact. That can be fine for a show like Ranma 1/2, but it can be a real problem for a series that ostensibly wants to draw on multi-episode arcs… like Bleach.

You know how all of Voyager feels? Like that.

Now, Fullmetal Alchemist was being serialised in a weekly TV show and released in a biweekly manga, which right there should make it real clear there’s going to be a problem, especially since the manga took six years to draw to its conclusion. To look at those release schedules, the typical manga reader is going to be bracing to get hit with a train of filler sometime around episode 50 or so, when they’ve exhausted all the manga that was made at the time of production.

The first filler episode in this anime is episode four.

And from what I can tell, looking around, this was by design.

Arakawa seemingly didn’t think that a direct anime adaptation of her manga was a good idea – she felt that the important principles of the story were best expressed not by a single arc of the narrative, but rather another, different story that fit a different creator’s vision. The result is a story that kicks off at the same point, and draws on many of the same characters, but goes in a pretty wildly different direction to the manga.

Now, chances are good you’re expecting this to get a bollocking. After all, it’s not Brotherhood – and that means that now, the modern viewer tends to think of this as ‘the bad Fullmetal Alchemist series,’ a series that is ‘full of filler’ and ‘has the wrong ending.’ 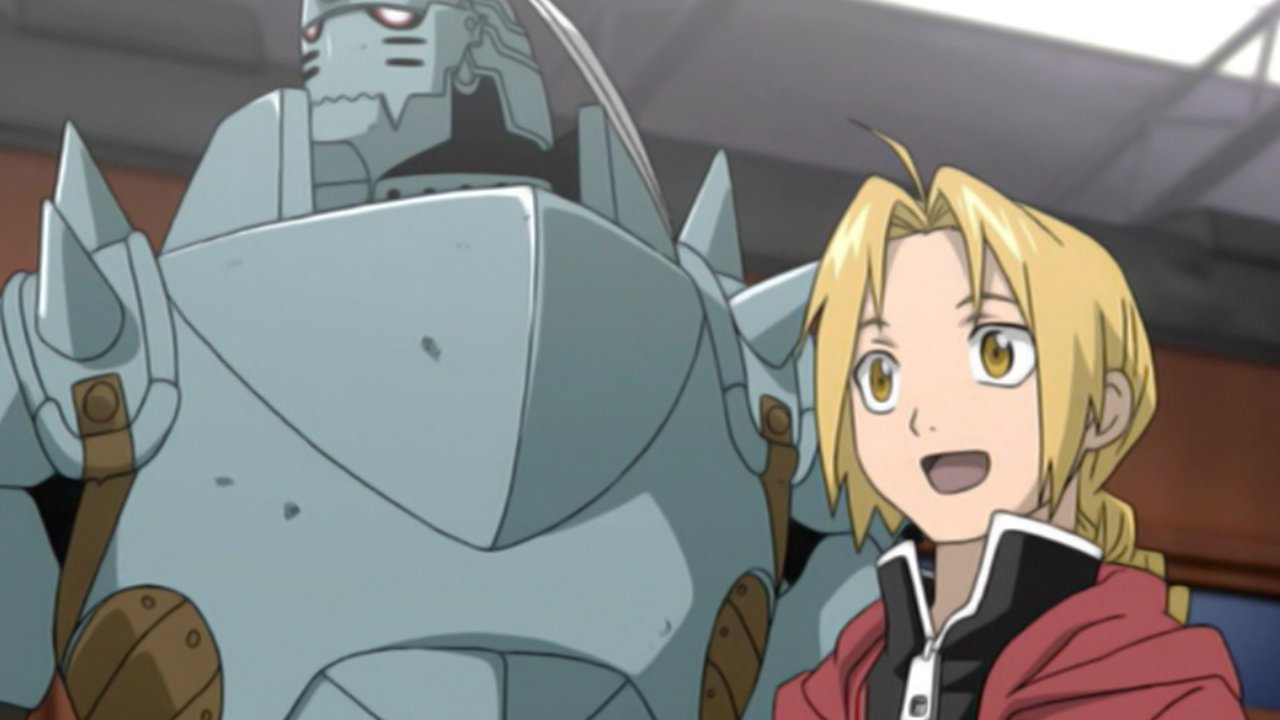 But you know, this isn’t as bad as you may remember? When it was first launched, it had truly stunning ratings, almost 7%, and it was over the remaining years of its run consistently high. It was, in 2009, rated as one of the hundred best anime of all time. While I definitely think it has problems (and boy is the dub uncomfortable to watch nowadays), it says a lot about the time it was created and the genre it exists in that even now, it’s still really good. Having done a recent rewatch, Fullmetal Alchemist is still probably one of the hundred best anime going. Also if I’m going to dump on an anime for having a terrible ending there are maybe four good anime in total.

Comparisons are inevitable, and I’d like to avoid them because they’re about comparing things that aren’t really similar enough for any comparison to be fair. Even Brotherhood doesn’t compare well to this series. And it’s not like Fullmetal Alchemist is an incoherent anime – it’s got some odd bumps and edges, and the ending pulls a truly stunningly stupid last minute twist, but even that twist doesn’t violate the logic of the world as presented.

It is supremely hecked up that this anime, which is ‘the bad one’ is still one of the best anime of its type – that the premise that drives this series is so robust and solid, the characters so clearly defined that even two different versions of a character with pretty different lives can still more or less carry themselves through to the end of the story in a way that makes sense. They’re different stories, but I honestly feel that this anime, while owning a disappointing conclusion has some great ideas in it.

Now, without going into spoilers, there is one theme that runs throughout the work: Romantic love is tragic, but familial love is vital. The entire series becomes about a collapse of a family unit crashing in against itself, with unloving relatives being punished for their failures, and love of family being the sign of redemption for almost all characters. This series has two different named-child-gets-child murdered in it, and in this anime, regret over one is shown as the trait that redeems one child murderer and a lack of regret is shown as the sign of inhumanity of the other. All romances are bad – every single one fails in a tragic way whether the death of a spouse or an unfulfilled breakup – and characters that lack family are shown as being basically dead, or useful for dying.

I like what the homunculi are about in this, even if they don’t quite work as well as they would if the story had full control over the from the start. By contrast, this story decides to bring back a minor character from the first episode and just handles it in the worst, stupidest way (and hey, she’s a romantic love interest for a character and that ends terribly, too). There’s also the way this story is paced out pretty decently, and even integrates its filler into the arcs of some characters; early on an accidental death that appears in a filler story becomes a sort of ‘zero point’ in the conversation about the morality of killing. I also like that Al is more of a little kid in this one – and a traumatised one at that… which is also used to reinforce that theme that a lack of trust in family is doom.

We’re going to go in on the next series – Brotherhood – next week, but a final point before we move on that’s worth hammering home: The music for this anime rules.