Hi folks! I’m Talen Lee, an Australian game designer, and this is my Blog! Chances are you’re looking to contact me, so real quick, you can @ me: 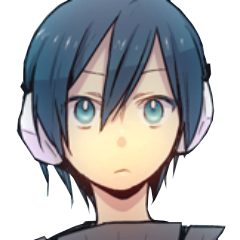 I use this avatar on online spaces when I can, and I look a bit more like Generic Male Caucasian Nerd Model Number Three (Ponytail Potato).

I make stuff. That’s a super nebulous thing to say, isn’t it, especially these days? Let’s explain a little:

I make games!  I make card and board games as part of Invincible Ink, a small independent game development group that’s interested in making games that respect your intelligence, respect your time, and respect your space.

I write about games! I blog here reviews of games, or talk about game lore and things that games do that mean something to me. I look at and consider games both as critical pieces, and as consumer products, with a deliberate effort to avoid the 7/10 ranking problem, and instead look at what makes games good for you.

I write about making games! I’ve taught University classes on making games, and have a whole host of thoughts about how that’s a good thing in general. I talk about how to make things, and I believe in your ability to make them, too!

I create youtube videos! For the past few years now, I’ve been making Youtube videos on a monthly basis, teaching myself lots of stuff about how to make Youtube videos that satisfy me and express my ideas.

I write fiction! I’ve written a bunch of books, at least one of which is good enough that I’m willing to let you pay me for it! It’s about teen assassins murdering the heck out of some terrible people, in a wealthy city at the heart of a great empire!

I write about lots of things, too! I talk about voting systems, about books and movies, and about my academic research into games and fandom and why we can take that stuff seriously. I’m even branching into doing this sort of thing on Youtube, or solo podcasting!

I design shirts! I do graphic designs, which are often byproducts of other designs for card games! If you’re looking for a sort of super specific joke, I may have put it on a shirt where you can go buy it!

I make robots! Twitter robots that do silly things combining text! I try to keep my robots all tidy on this one list so you can check them out there.

I podcast! I’m part of the Downloadable Concept podcast, and the From The Rooftops podcast, with more on the way!

I tweet a lot! And I mean a lot! I tumbl, too, if you’d rather read my blog posts there!