Hi hey, thanks for clicking, we’re going to talk about Sidekicks. 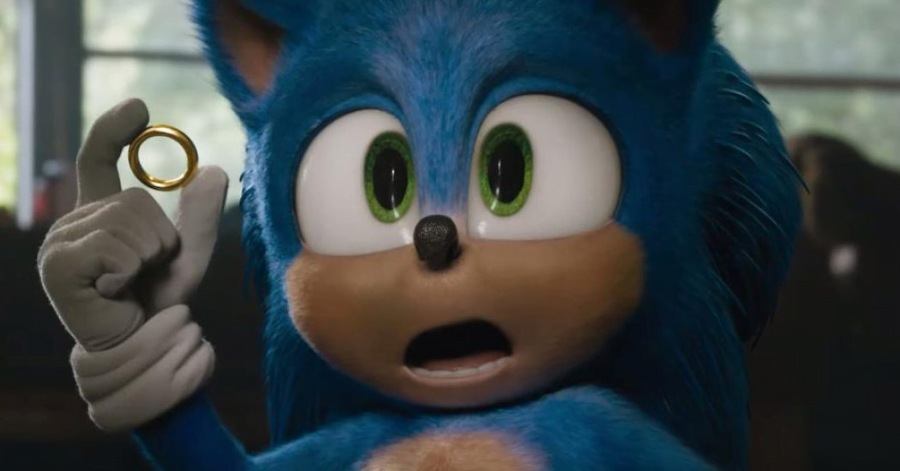 Okay, so Sidekicks is a 1992 action-comedy film starring Jonathan Brandis, Chuck Norris, Joe Piscopo, Beau Bridges, Danica McKellar and Mako, and if that lineup of names means something to you then you were absolutely this movie’s target audience back in 1992. The story follows our hero, Bronathan Jandis, who is a sad, floppy haired, imaginative cuteball loser who despite looking like the most effortlessly cool and beautiful boy in school, is bullied for being asthmatic, and takes solace in a vivid imaginary life where he is the sidekick – ehh, see, see – of the main character of all his favourite media, and all that favourite media is media that stars the 90s Budget Hulk Hogan, Chuck Norris.

Bronathan has a crush on his neighbour, who we’ll call Manica Dckellar, and his father recruits the help of a Lady Teacher, who, unable to reach Bronathan, recruits her uncle, a Sly Chinese Man (that is literally how he is described) named Mr Lee, the cook (I know) of the Chinese restaurant The Frying Dragon (yes really) to teach Bronathan martial arts, since he is secretly an absolute master of the craft (look I’m sorry okay). This is necessary, because a normal dojo, run by the very normal Joe Piscopo, has already rejected Bronathan in an explosive incident where a grown man shouts at a child for liking Chuck Norris, showing that maybe Bronathan’s not weird, everyone in this town might just be a dickhead.

The movie that ensues is essentially a training montage interspersed with Chuck Norris fantasies (which include some needless racism) and the 90s Bullied Kid Movie moments, culminating in a tournament where Bronathan has to prove himself, and oh wow, wouldn’t you know it, Chuck Norris himself shows up and now he’s on Bronathan’s team, and they might not win but then they win and it’s great and they literally carry an enormous trophy out, and he gets the girl who is also a trophy as well let’s not kid ourselves, and Bronathan discards his Chuck Norris magazines where someone else can find it – a wheelchair bound boy who is next to receive the gift of a life  blessed by Chuck Norris’ Max International Multi-Level Marketing scams.

Whew, did you hold on through all that? 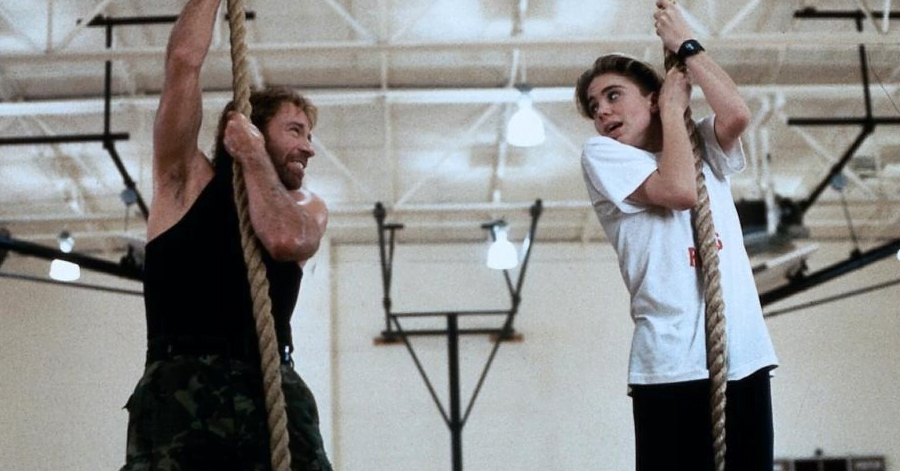 There’s no two ways about it, this movie at its absolute best is still a good example of something that sucks absolute ass, and it’s not something time has been kind to at all. Setting aside the fact that Jonathan Brandis was basically the modern west ideal self-image for a host of guys who couldn’t sing and knew they weren’t tough, he was also a talented enough actor who sold his asthma realistically and knowing that he died tragically young and sad just makes his presence here a really poignantly miserable reminder of that that. He spent his time in the 90s fantasising about being Chuck Norris’ sidekick, but I spent a chunk of that time fantasising about being him.

Then there’s Mako, who was a treasure and deserved way better than this movie, that’s for god damn sure, and here he gets to add another role to his many listed roles of Japanese Man, Angry Japanese Man, Chinese Man, Chinese Man (With Restaurant) and everything he did on M*A*S*H. He died in 2006, and you may know him as the voice of Uncle Iroh from Avatar, and as someone you should appreciate more for being amazing at his job in a world that made it nearly impossible to show us that.

Danica McKellar and Beau Bridges are great and don’t seem to have been direly impacted by their experience, though the fact that Danica’s basically a trophy sucks, as is the fact that there’s another whole woman character in this who you’ll recognise if you watched a lot of NCIS, Star Trek, and Magnum PI, because again, this movie was really good at picking up people that the early 90s knew were awesome. Sadly, her character is even more of a prop, played by Julia Nickson-Soul, who also starred in a Rambo movie.

And then there’s Chuck.

Chuck Norris is in this movie.

Chuck Norris is an anti-vaxxer.

I say Chuck Norris is the budget Hulk Hogan and it’s true, because he’s not even the best at being the worst fucking person in the world doing his job. Chuck Norris sexually harassed women, doesn’t believe in science, hates gay people, loves dictators, and just sucks so fucking much.

It’s amazing watching Brandis acting alongside Chuck on a rewatch! Because when you see this Chuck who is literally a romantic ideal of Chuck Norrisness, Chuck’s self-image as fantasised by an idealised youth, he still is just kind of a bad actor who sucks as a human. 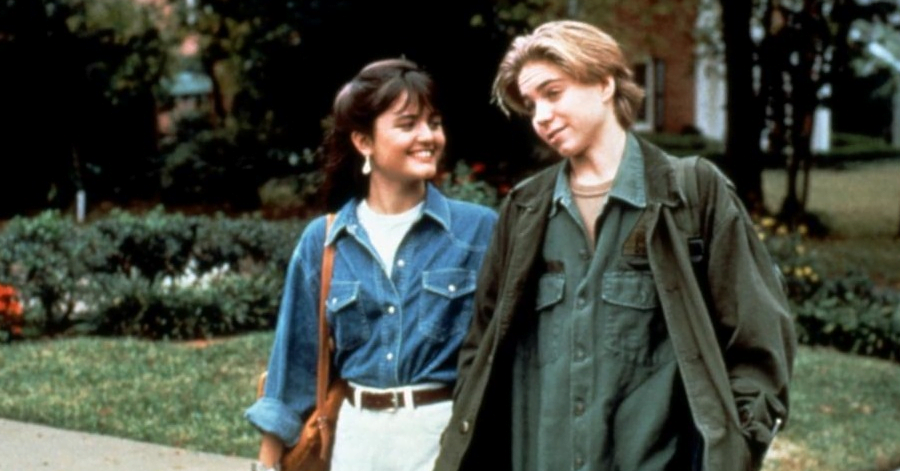 But okay, this movie, right, you may have heard of it. Maybe. But you saw that list of actors, right? Every major role in this movie was played by someone who could easily have found something better to do. It’s not even the major roles either – this movie has both Chuck Norris’ son and his brother involved, one as an actor, the other as director! The only actor in this movie who qualifies as a nobody is the actor who plays The Bully!

It doesn’t look like it now, but in 1992, this movie had star power, and not cheap star power. Yet the whole thing is shot in basically one district in Texas, with cheap special effects and a surprisingly small cast, even for group scenes. At the time, it was talked about as a success with a booming box office, but critics dumpstered it and it didn’t hang around that long. This movie didn’t launch anyone, and projections for its box office takings was $17 million or so. For perspective, the four best movies of the same period in terms of box office sales were Groundhog Day, A Few Good Men, Scent of A Woman and Unforgiven, and those movies were pulling in three to four times that.

Okay, so the movie wasn’t successful and all the cast members couldn’t tell they were signing on for a dud?

What if I told you that in the mix here was a $16 million dollar investment by a Texas Mattress magnate who was plowing his own money into the project? Yes siree, Jim “Matress Mac” McIngvale dumped cash into the project, in partnership with Chuck Norris’ nonprofit organisation ‘Kick Drugs Out Of School,’ which has since been renamed to Kickstart Kids.

A millionaire paid $16 million for this movie to exist, which means that if he financed it entirely, this movie made a profit of $1 million, and he definitely did not. It was a nonprofit organisation run by Chuck Norris, which means it almost certainly is a scam, and it focused on ‘building strong moral character through karate,’ which again, just sounds like something Hulk Hogan would do. If working on this movie was part of a nonprofit, though, suddenly all those other actors working on it might well be doing charitable work, and changing their relationship to their personal tax rules.

The reason this extremely mediocre, uninspired Country Music Video Clip of a 100 minute movie ever existed is because a millionaire willed it into existence. 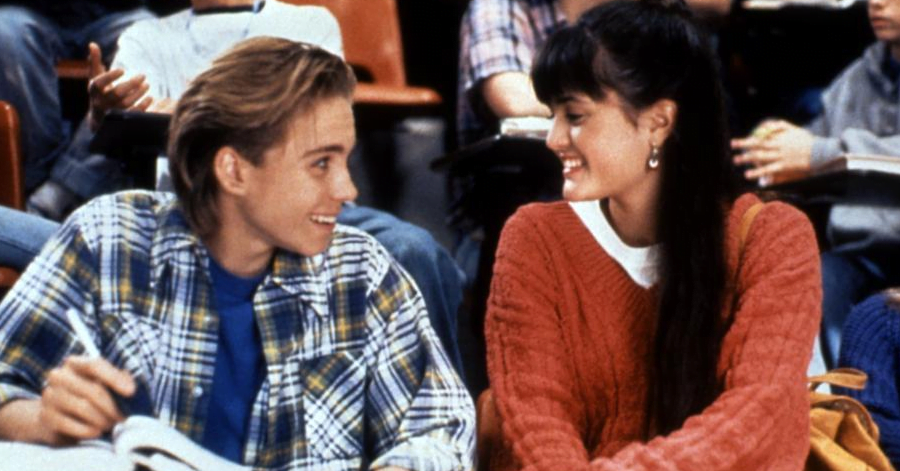 Now what’s this got to do with the Sonic movie that you’re probably going to go watch ‘ironically’ in a few days. Well, setting aside that that movie is definitely a time capsule from the time of this movie, Sonic is a pet project.

And one of the movies he did that with was Sonic The Hedgehog.

It’s really easy to think of movies as these big collaborative projects, because when you view a movie from the end point, it absolutely is. All the actors and directors and writers crash into each other and you get a product at the end. But when you ask the question ‘where did this come from’ it remains important to remember that a not insignificant number of movies exist because one suitably weird movie executive is making it happen and often for no better reason than personal obsession metastasizing into ridiculous ego.


That’s why the redesign of Sonic made complete sense to me. It isn’t a market numbers thing. This movie probably can’t make good numbers, and it probably won’t. But the dude signing the checks doesn’t want you to think it sucks. I think the redesign was an amazing moment of watching the internet as a culture collectively mocking a weirdo to the tune of hundreds of millions of dollars so he could make a better looking bad movie that’s probably going to suck.

And one final note, about who dictates the media that becomes part of our culture.

Horitz has said he has another big project in mind, a project that’s a revamp of an existing movie, that wants to be more faithful to the source material. He thinks the movie did a bad job of staying true to the message of the book, and the movie that exists is bad.

The franchise he’s going to relaunch is Starship Troopers.