Let’s just have a fun one for once.

Kipo and the Age of Wonderbeasts is a two-season series (so far) on Netflix that follows our hero, Kipo, as she goes from the start of the series being vomited out of a sewer pipe into a post apocalyptic landscape full of strangely transformed giant animals, animal people, and people that can be part animal. Along the way to try and recover her family, she befriends and travels with Wolf, a girl raised by wolves, Benson, a travelling conman and scavenger, and Dave, the load. It’s a zippy story with a really good pace and pretty much nothing but meat on the bone. It’s on Netflix, so chances are you already have access to it, and while it has a strong continuity and sense of narrative push, no episode is such a big emotional burden you’re going to need to take breaks because of crying.

Anyway, this series comes to you from Studio Mir, the same lineage that brings us back to that familiar phrase From The People That Brought You Avatar: The Last Airbender, which is kinda true and kinda not. They’re the studio that made Legend of Korra, which had some of the people involved, and all animation is a collaborative effort that grows in a vat not sprouts from a mind, and any given project since Avatar that can claim some connection is likely to do so, because money is good for business.

The general storytelling structure, and I’d say the narrative values definitely do resonate from that same Avatar perspective, but while Avatar was an attempt to create a fantasy world that didn’t look like it related to its western audience’s every day (with its deliberate visions of an Asian World), Kipo is built instead around a post-apocalyptica that’s about holding up a funhouse mirror to our now. Animals form into gangs with aesthetics that are a bit like now, technology from now has a bit of endurance, landmarks and language from now are kinda maintained, but also, not really. It’s a very well done little chunk of apocalypse, with people looking into a history that hasn’t been well preserved, and it’s also extremely funny.

also, and I don’t like bringing this up as a kind of checklist, but, the characters are overwhelmingly people of colour, to the point where one could reasonably say ‘nobody is white here,’ and there’s a stated, clear, on the-record, clear-and-unambiguous, not-an-alien, not-a-weird-monster, not-a-different-culture gay male character in the main crew. The bar isn’t exactly sky high here, but yeah, there you go.

That’s enough, by the way. I don’t think there’s anything more to tell you about this show that should convince you to check it out, and odds are good you clicked this link because you already like it.

Now we do the bridge onto the second part of the article where I say something like ‘the thing that stands out to me the most about-‘ and I hate the cliche, but here we are. 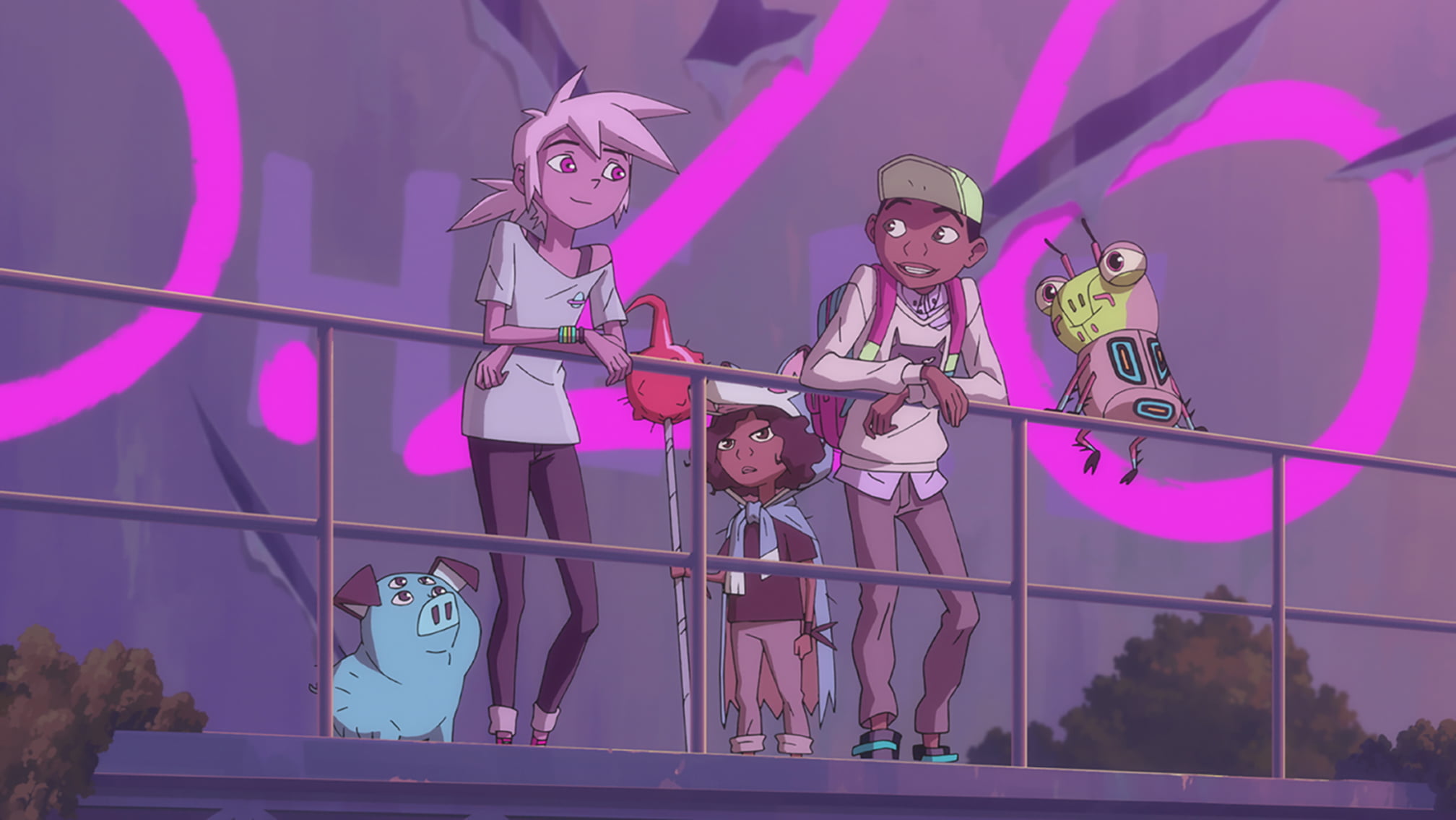 Honestly, I don’t have one of those. Kipo’s a really good show. I like how it makes me feel. It uses a lot of cool ideas, it paces itself well, and it doesn’t draw on particular tropes that bore me overmuch. If anything, I could imagine being kinda bored by how wholesome the characters are. A number of problems are solved by talking about it, the protagonists are keenly aware of the impact of their violence and also willing to turn to that violence if necessary.

I did say that Gravity Falls was a show with bulletproof structure, and I think that’s part of what makes Kipo challenging to talk about. It’s not like the show doesn’t do great things – I particularly loved the way that this show defied sad endings. It didn’t pretend they didn’t happen, I was never left with the impression that bad things couldn’t happen, but that the actions and choices of the heroes were up to the task of saving the day, of managing the difficulties presented to them.

It’s an interesting series, in that largely, the characters do not feel like they have plot armour; there are definitely times and places where their capacity to win or lose is tied to the material needs of the world around them, rather than just on the necessary maxim of ‘what is best for the plot?’ That isn’t to say the choices are random, but the story is told well enough that the actual structure of the narrative is often made invisible by the events of the story itself. There are some plot points that aren’t drawn out to the expected length, which helps to break that assumed ‘oh I know where this is going’ kind of arc, too.

I said it at the start and it holds here: This is a fun one. This is a really good kid’s show and I don’t so much want to spend time dismantling and examining the things that go into it as much as I just want to put it out there that hey, there’s this thing, it’s cool, go check it out.