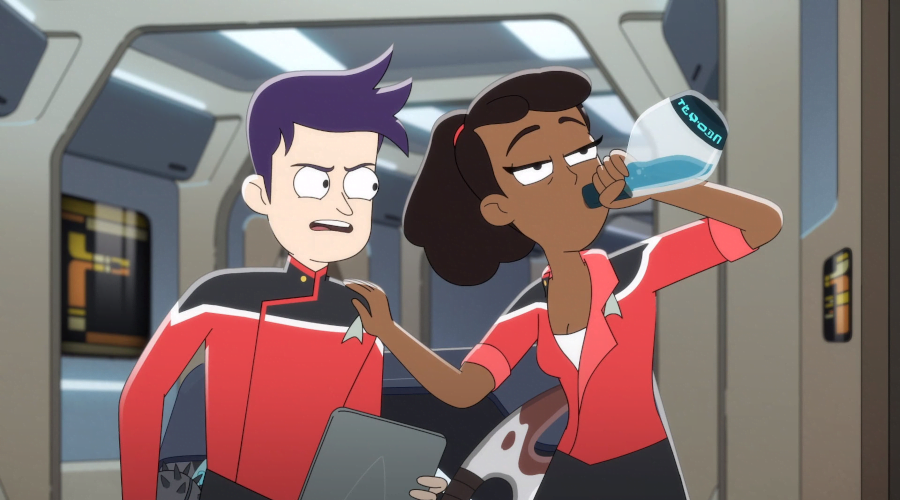 I mean we can do some reasonable extrapolation based on the screenshots, the conversation around the show, the formula of the Trek universes, and the people who are, inevitably mad about it. I mean, if I had seen it, I bet I’d see something that I found incredibly funny, enjoyable, and focused around a wonderful group of character archetypes I love and want to see more from.

See, the thing about Star Trek as a setting is that the Federation is enormous and the scope of it is absolutely mindblowing, with its centuries of history and its literal galaxy-spanning locations. The typical models of stories we’ve seen in Star Trek have been, mostly following the model of a cowboy story, heading from one location to a new location, encountering tests of morals or will, and then moving on, but we’ve had others. We’ve had examples where the story is about being at a crossroads and watching the cultures move around you (and then showing just way too much sympathy for space fascists, Deep Space 9), or where it’s about, ostensibly, survival in a long journey that gets steadily harder as you lose your way (and then failing to do anything good with it, Voyager).

The presence of two different types of story in the existing Star Trek ouvre means that an exploration of the Trek universe as a comedy, focusing on something less exciting, less daring than the existing cutting edge of exploration, then you’re going to get a really interesting potential range of stories presented when you start looking at the people one step back from the best of the best. 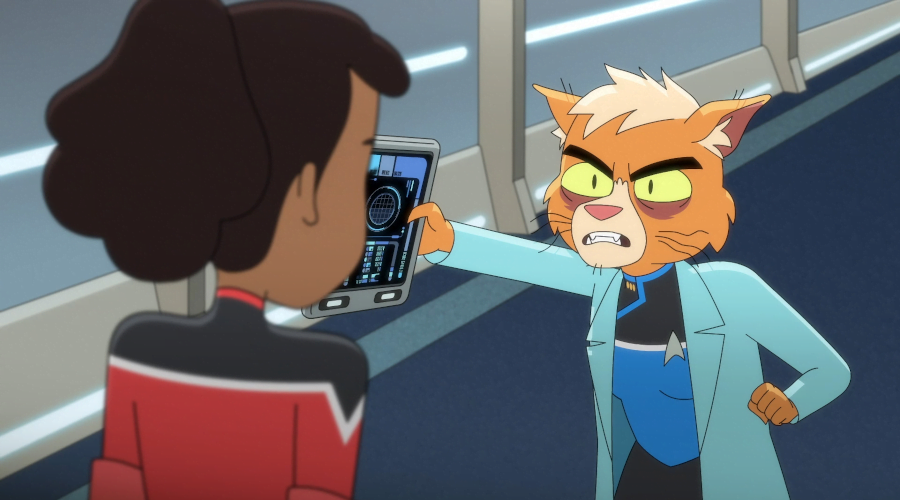 That’s the thing, right? In a post-scarcity future, there are going to be lots of people who want to do lots of different things. Not everyone is going to want to be on the biggest, most impressive, most difficult ships doing the hardest things. Starfleet definitely has some measure of meritocratic advancement – we see there’s talk of promotion tracks and education and testing and scores, after all – but that’s when our lens for looking at these things is again, that tip of the spear.

In Lower Decks it looks like the central point of the story is to look at the people who find a level doing  work that’s just as hard, just as valuable, but is, conventionally, viewed as not interesting in the narratives of the other stories. It’s nerd work, and then, to cast that nerd work, it doesnt’ focus on the alpha nerds of the nerd work ship, but first it takes its central character (the Cerritos) and focuses on the work of the people who are to the Cerritos what the Cerritos is to the rest of Starfleet. 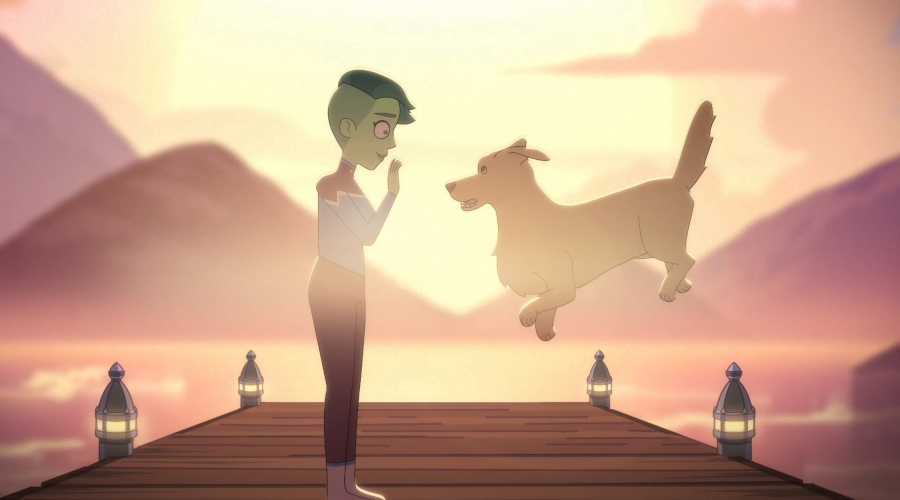 There’s also just the way that being a comedy lets it be playful about characters and stories. The best thing about Lower Decks being a comedy, and coming from its existing context of, let’s face it, Rick and Mortyish kind of context, is that the show has every license to be super cynical, to do that jeering get a load of this weird or dumb thing they did in the sixties. But instead you wind up with this story that’s really incredibly sincere about Star Trek, and about things that are really core to Star Trek.

Characters are wholeheartedly sweet, people try their hardest, Starfleet is a responsible, reasonable interconnected collection of people who care about one another and who try to facilitate one another. It can draw on a whole range of different modern tropes about things like office environments or unpleasant jobs or naval hierarchy, and then instead focus its story on how they don’t have to be mean and how so much of the story is setting up an audience to imagine bad, dreadful or spooky science fiction tropes then underscore that in Starfleet that doesn’t need to happen.

There are failures of communication, oh, boy howdy, all over. There are lots of times where characters’ inability to just be honest with one another or being honest with themselves means that you have a lot of very low-stakes kind of social stories, filtered through high melodrama, but it’s all done with a very deft handle on what does and doesn’t make a scene funny. It’s not meanspirited, even when it has every right to be meanspirited about something dumb. 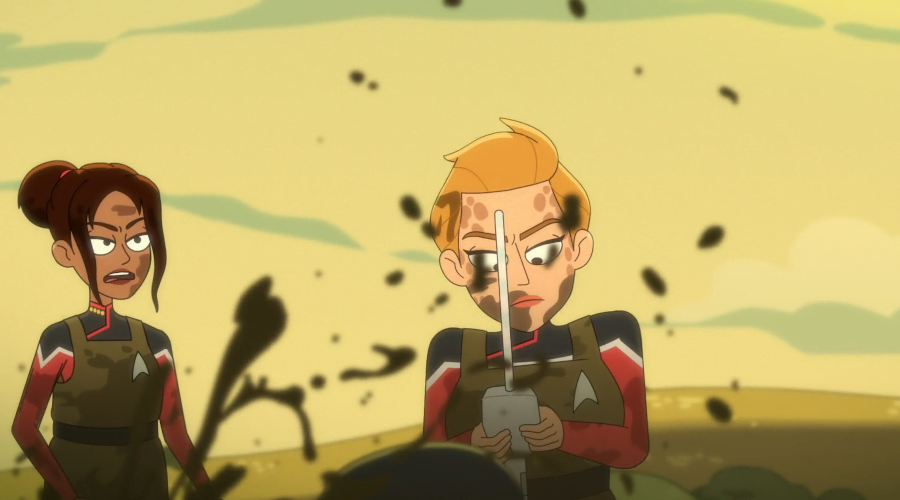 Because it’s not available in Australia.

And uh, that would involve pirating it.

And that would be wrong.

I bet it’s really, really good, like, I’m really looking forward to not being able to watch the second season.