Obviously, of all the articles I wrote this year in the Game Pile, they are all good. You should read all of them. Still, there are some that stand out as I think super cuts of the kinds of writing I like to do. Rather than just reiterate the entire category, because I trust you to be able to press navigation buttons, here are some highlights that may make it easier for you to find some stuff to read. 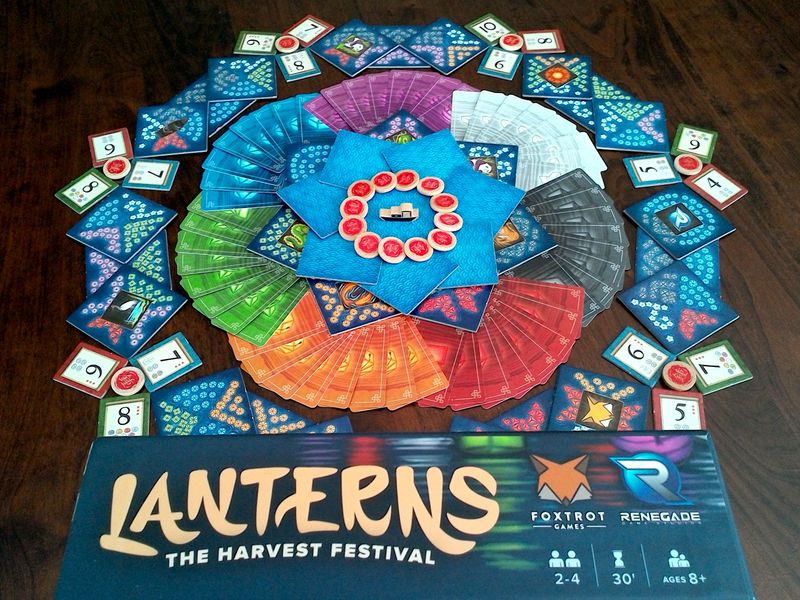 First of all there are some Game Piles that deserved special mention because they were about games I really enjoyed. It’s hard sometimes to write about great games because my typical methods for game analysis is to nag at something the game does that’s interesting, and I feel that lens is best set to give games that didn’t get attention the first time around a shot.

Still, there are a handful of games where I was just flummoxed by how great they were, and so the writing was about writing around them, or about their interface, or about the experiences of watching other people play them. For those, check out my articles on Lanterns, Spaceshipped, and Purrlock Holmes.

Halloween Forever was one of my game videos this year, and the game itself kicks ass and it was a good avenue to talk about something weird from my childhood that is, in a way, super weird. The thing about this one that I love in hindsight is just how charming the game was, and how, when I played it, I just had a simple thread of something weird to talk about. I played it, then recorded the audio, then stitched them together. It was a really great little gem to find in the Black Lives Matter Itch bundle.

I also got to use this year as a chance to talk about the Ur-Quan from Star Control 2. That’s something I want to do more of, with the Game Pile being a platform for some in-depth examinations of game lore of games I really love.

Volume, I learned about this year. I mean I bought it years ago and got around to playing it now and holy crap this game got to be really timely considering. It’s such an excellent stealth game, it deserves special attention. It has such wonderful voice acting, great characters, and also it’s about actual corporate fascism and stagnation of upward mobility.

There was and an expansion to a card game I love, Star Realms Frontiers. This was a really interesting one because I committed to buying all the expansions for the phone game – because hey, I knew I loved Frontiers – and then came to realise that I had hit the wall on how much Star Realms I wanted. Frontiers is great, get it and the base game, it’ll do you fine – but the rest? Just get them on the phone game, and let it handle storing them. 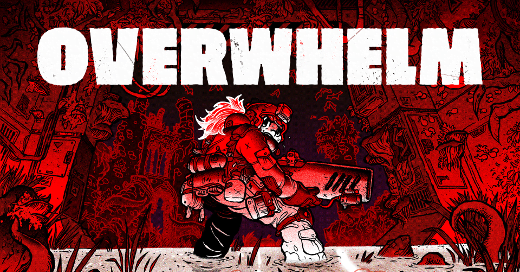 There are some articles where I think they serve as examples of things that are deeply important to the conversation about games. One example is my article about Overwhelm. That article is about a game that just whips ass, which is great, then it brought in a friend’s advice about how players relate to games, and then it got to show how good its accessibility tools are when you actually use them to make the game more accessible. It was a valuable lesson to me about how I approach games, and how I let my ego waste my time.

I also had a bit of a weird thing with Metroidvania games this year, of open world exploration games that keep you engaged and build on your skillset, where I tried Hollow Knight, but simply didn’t get attached enough to the game to finish what, the third, or fourth boss? Which was a shame, and I thought at first I had just lost something of myself that works for Metroidvanias.

Then I played Carrion.

Carrion was excellent. I at first thought I wasn’t going to even play it, because everyone I knew had already played it, I had limited time and energy, and like, what am I going to say that beats Cass’ oh no now they’re going to eat meeee post over on Polygon?

Then my sister Rachel told me to play it, and I played it and I kept playing it, and I went to bed at 5 am and I woke up and played it and then I put it down and wrote one of my favourite articles about the way this game encourages you to relate your body to the world of it, and the philosophy of meat.

There’s a special mention in all of this of Ai: The Somnium Files, which also followed a pattern for this year where a friend asked me to play it. It was particularly important in this case, though, because she wanted to talk to someone about it, and was stymied by her problem with the extreme level of content warning problems it had. I checked it out, thought ‘oh a visual novel? don’t expect to like that,’ but I could see a chance to play it, so I played it.

And I loved it.

It isn’t a game I’m going to replay a lot, because it’s very good about making sure you get most of the content on one thorough play through. But it’s such a good game I’m going to recommend it, and look to games by the same people for the same kind of wonderful experiences.