Oh hey, Star Realms again! Didn’t I already wax lyrical about how much I liked this game?

Well, yes, I did! And the thing with this tiny little tight box of a game that lived on your phone (if you wanted it to) is that in addition to having a great core game, the people over at White Wizard kept making it. Over on BoardgameGeek, the interconnected wikipedia of people brave enough to ask ‘but who’s to say racism is bad per se?’ the nonetheless fantastically detailed database lists Star Realms as a game with 51 expansions.

Today, then, we’re going to look at at an expansion that doesn’t need the base game, otherwise known commonly as an expandalone, called Star Realms Frontiers.

If you’ve ever gone shopping for Star Realms you can be confronted with a dizzying variety of products, which is to the game’s detriment. I didn’t know, for example, when I bought Star Realms Frontiers, that it was an Expandalone – I thought it was strictly an expansion. Boy was I pleasantly surprised with what I got.

In Star Realms Frontiers you get four players’ worth of starting cards, a buy deck that isn’t just a copy of the base game buy deck but isn’t a straight up upgrade over it, a lovely wide box and then you also get a set of campaign/challenge cards to go with it. 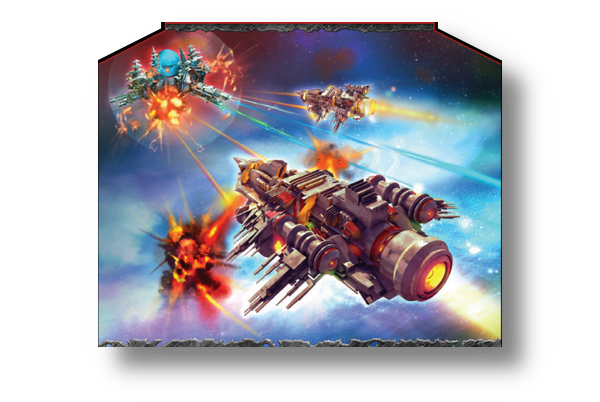 Now, if you don’t want to go elsewhere to read about it, Star Realms is a deck building game where you start with a little generic deck of ten cards that are boring and basic, and presented with a marketplace full of exciting new cards you can buy and add to your deck. Every turn, your deck gives you five of your cards and you use them to blast your opponent in the face, winning the game when you get them down to zero ‘Authority,’ which is totally what that means.

Cards you add to your deck won’t show up until you reshuffle your deck so as you’re buying cards with useful applications, you’re doing it with the knowledge that you may not see it when you want to see it. This has a great prolonging experience where you’ll buy cards with a sort of general hope of how they work and maybe some history or experience with what you like, but since the market is a random space and your deck is also random, when you finally get that Double Blob Fighter hand you’ll throw a little birthday party for them. 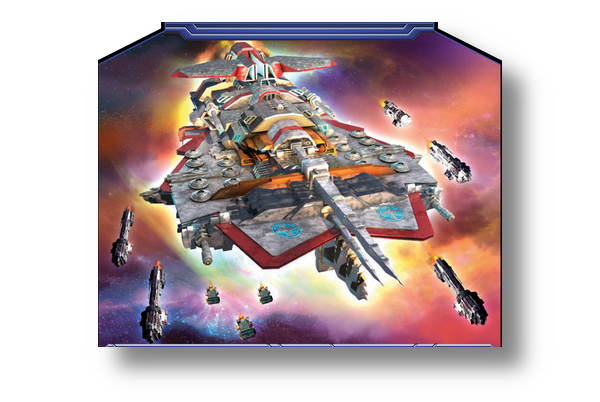 The game at its core is really good, and I’m glad to say that largely, Frontier hasn’t hecked it up in any meaningful way. There are some cards that are very clearly less-ridiculous versions of existing cards, but also not cards that make you think the last time you saw them it was a mistake.

Because I have Star Realms already, I just mashed the two decks together (which I assumed I’d always have to do!), and the overall effect is a game that just feels as varied as before, and like I still have a game full of mysteries. The marketplace is going to produce combinations I hadn’t conceived of, and now some ‘staple’ cards I was used to to build my strategies around are rarer. You can’t rely on the double-base Courier eventually showing up if you go for an Authority strategy, for example.

Still, with more cards comes more variety and that does mean that you have more chances for the deck to poop on you and give your opponent great options when it gave you butts o’clock. That’s a bummer, but by dint of being short and fast, the game is something where a bum draw sorts itself out over time. 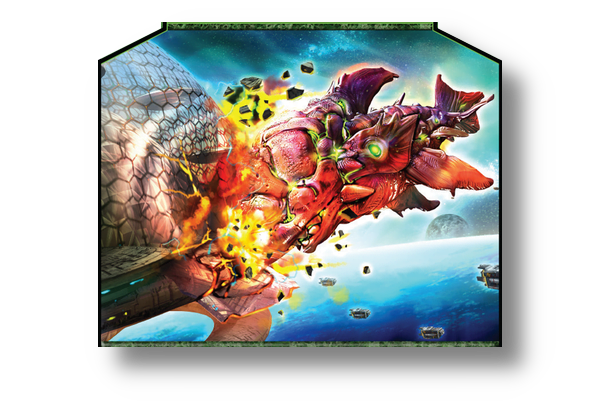 The expansion adds two major mechanics; one is double loyalty cards. In Star Realms base, there are cards that check your hand to see if you have another card like them – easy enough, right? Well, the double loyalty cards want you to have two other cards like them in your hand, and… that’s it. It’s fine, it’s just another dial that the developers can turn to make interesting cards pay out more later. Whatever.

The big gem of this box, though, is the cooperative challenge cards, which, combined with the rules in the rulebook (so, you know, they’re not completely contained, whatever), give you a form of PVE experience for solo play, or better yet, cooperative play for two or more players.

This game is great, and having a way that I can play it more, without other players, or with other players who don’t want to fight me directly is a straight up win for me. The challenges are rudimentary AIs, but thanks to them playing with a semirandom AI, they have a pleasantly standard strategy set as well – they’re interesting and have weird mechanics that keep them from just feeling like Big Imp, Bigger Imp, Bigger Imp W/ Gun. 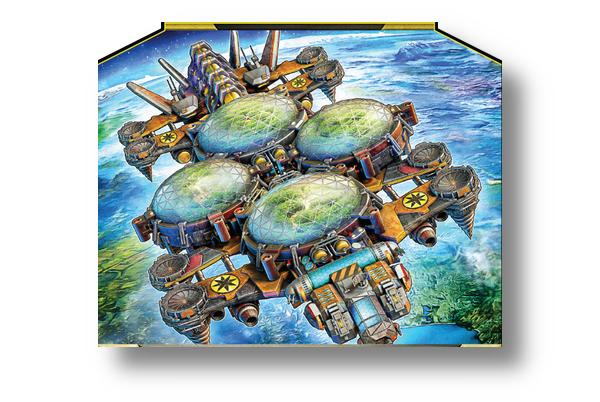 I was always going to be a sucker for this game – it’s a game I already liked, and one of the games that introduced me to modern board and card game play, one of the first times I had an experience like Magic: The Gathering without an enormous investment of time. It’s a permissive game, it’s full of interesting interactions and fun combos, and because the game is so approachable and so fast, it manages to be both toothy enough that it doesn’t feel like a microgame, but not such a sprawling mess that you need a micro-PhD to care about how to play it well.

Star Realms Frontier is, well, yeah. I mean it’s more Star Realms. It’s good! I like it! Check it out, and know you don’t need to buy a bunch of other stuff to have it!