I remember really anticipating Volume when it was on the horizon after how much I loved Thomas Was Alone, which I wrote about seven years ago (gosh, seven years ago, amazing, and look at how the Game Pile posts have changed!). But strangely, when it did drop, I didn’t get it – maybe 2015 was just a bad year for me for handling new stuff. This one slipped me by, I bought it at some intervening sale with an idea of I’ll get to it.

And now I got to it, and I’m kicking myself, but also, kind of glad I took so long to get around to it? Because freed from the need to have a hard opinion about it early, free from the need to rush through it, to get it perfect to validate my opinion of it, I am free to just look at Volume and how it makes me feel and get a really stupid, goofy smile on my face. 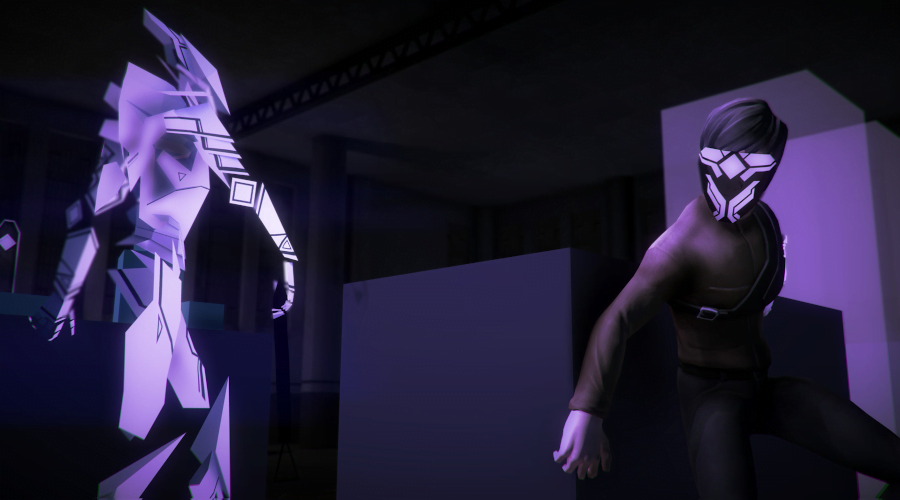 Volume is a stealth game from Bithell studios, which is, as far as I know, Mike Bithell. It’s a game which casts you as Rob Loxley, in a cyberpunk future where you’re using a piece of corporate programming technology to orchestrate not a military coup, but instead heists on every single high-profile target he can find from the many different cronies and onsiders from Gisborne Industries, who have capitalised on economic disparity to institute a new class-based system in Britain where people are divided into categories based on what their family’s role is in life.

Anyway, Rob does this with the assistance of a stolen AI, given the reassuring and friendly name Alan. Bithell is really good at writing disarming AI, capable of managing that particular air of ‘a robot made by humans to be approachable to humans, but still definitely a robot,’ and Alan is a really solid version of that character.

Then, you arrange these heists by, well, just doing them. You run around in the levels presented by Alan that are based on real locations and with their real security measures, including the real security robots the real rich people use. The way that the society has become automated by the people with privilege means that they introduce a structural weakness to their own lives, and, well…

They can’t catch us all. 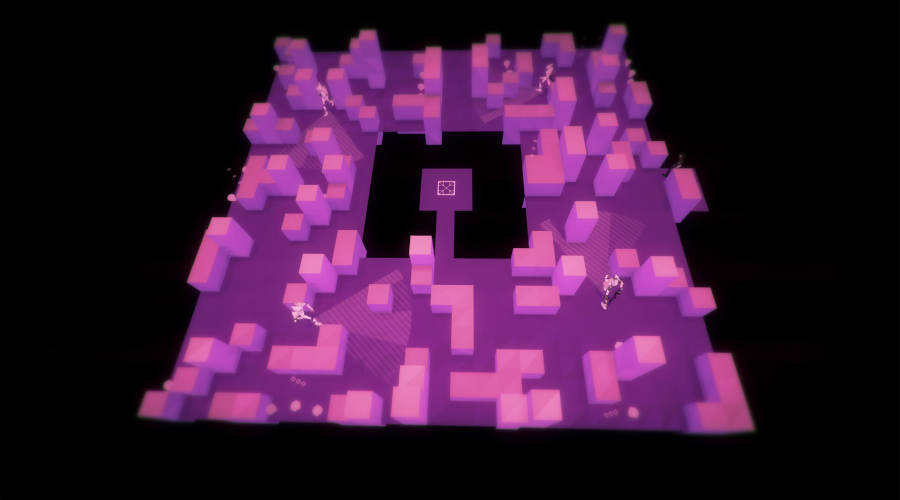 There are some genuinely interesting questions at the heart of what Rob’s trying to do here. Born into privilege (as like, let’s face it, if you’re reading this, you probably are, in a global sense), and without the social contacts to build skills to capitalise on what he’s got in the name of making the world better, Rob is pretty much limited to only being able to immaterially support revolution. He can’t physically hand his money to people – he doesn’t know who to hand it to, and he doesn’t know who he can trust to do that to.

Instead, he basically spends three hours putting together a list.

Here are the people with the money.

Here are their houses.

Here’s how to take it.

This is really interesting to me. I’ve been working in game spaces where the act of distributing my goods to people, the things I want to make, the things I produce, are fundamentally difficult. A deck of cards is a small object, but that small object has very real costs to transport itself across the world when it’s all you want. On the other hand, entirely digital objects are very easy to distribute, getting even only a small bit smaller than a deck of cards suddenly improves your distribution options a million times over. There are a lot of things going on in places where I can do nothing but digitally send money (of which I don’t have much) and… what? What else?

Well, one thing you can do is share useful knowledge – not just spamming it out there, clout hunting while I give untested, unuseful information about how to make a gas mask out of a leftover canteloupe, but actually actionable, useful information and to recognise where I cannot help. Another thing is to make sure that the people around me know that they’re not going to suffer social ill, at least from me, for the crime of opposing evil.

The game is so fundamentally about communication as power that it opens with a statement about how Bithell are happy for you to stream the game. This may be a bit of a thing but back in 2015, there was a very real lurking threat of companies shutting down streaming of their games. Nintendo were trying to get an angle on things so that people had to sign up for specific Nintendo affiliation, for example. These days it seems that kind of noise has quietened down, but it’s wild to remember that there was a time when they were trying that. 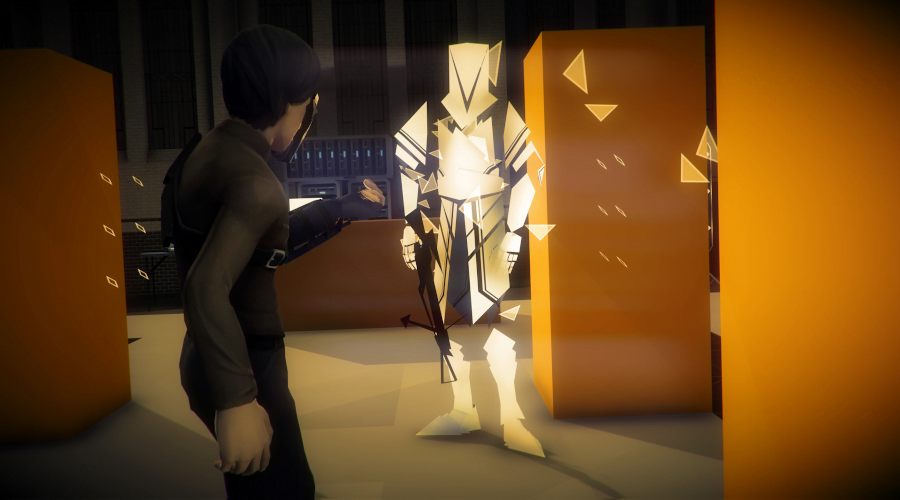 There’s another detail here, something that makes me smile about Volume in magic month. This is a game about practice. It’s not a game about being perfect and getting it right the first time – the game doesn’t even have a way of recognising that. Not Volume. If you want to 100% every level and get a cookie for it, the cookie must be self-prepared; the game will check your times and present those on a leaderboard, but there’s no reward for doing things perfectly versus doing them quickly.

In magic, real magic, it’s never about things that look like they were done effortlessly the first time. You never see a trick the first time. You may even hear the magician say this is the first time – but that’s absolutely a lie. Every time, it’s a lie, because they have practiced it, over and over again. Volume gets remarkably hard as it goes on, even as it introduces more toys and tricks for dealing with its difficulty, and the way it keeps this difficulty ramp going and engaging is by making sure you have to practice, practice, practice. And diegetically, that’s what Rob is doing: Rob is showing the audience dozens of different ways that his attempts to steal from Gisburne and his associates doesn’t work.

It’s beautiful, it’s elegant, and it’s not something you can do in a lot of other games; you couldn’t make a second game about streamers fomenting revolution through streaming how-to-guides on crime. Any game that wants to reiterate on this idea space needs to build itself from the ground up, and there’s something really pleasantly clever about so blatantly using the scaffolding of the Robin Hood archetypes. Once you know that these things are from this space, a lot of the forgiveness is already there.

There’s also this lovely speech from Rob in the late game, when he’s confronted with the possible negative ramifications of his solution. The conversation is with Alan, an AI, and to paraphrase:

“It seems binary solutions are inadequate.”
“Then I’m going to do my best until I can come up with a better analogue one.”

I love this little gem of a stealther. I love its silly on-the-nose naming, I love its explicit connection to streamer culture, I love its Jim Stirling cameo, I love its robot guards and its collapsed-together midgame of levels that are, no lies, probably too difficult for me to do fairly.

What a corker of a game.