There’s this term I’ve been using a lot since I learned about it because I feel like people should know it exists. It’s a term that you won’t use and you don’t need to use but it’s absolutely a term you should know exists, because it intersects with your life in a way that you may not even realise, certainly if you’re the kind of person who reads this blog.

Fanagement is a term that was used first by the BBC, describing a strategy they had in mind for what was at the time their upcoming companion series to the Dr Who relaunch, Torchwood. This was around 2005, and yes, Torchwood was fifteen years ago, I’m really sorry to be the one to tell you this timey wimey thing.

Point is that when Torchwood was in development, the BBC were noticing the way that the fans and community surrounding their products behaved, and were already grappling with an established idea called fantagonism – where narratives about the way the shows were made or the way people engaged with a show could result in pushback or even protracted campaigns against their work. The notional argument was that fans had expectations and opinions, and discursive hubs where they behaved and operated, and rather than ignore them or treat them as ‘the outside’ (sometimes called the rat cage!), to take on board what they’re talking about, or anticipating, and implement ideas from fans to strengthen their relationship to the work.

The idea was that while this practice could have results, they didn’t want to just do it with Dr Who – a famously volatile property mostly renowned for being able to spin attention out of budgets comparable to a packet of crisps – and instead, the plan was to use Torchwood as a test for it.

Now, I’m not a Torchwood fan or a Dr Who fan, so I can’t say how well these things worked from the fan perspective, but I can tell you that according to the internal documents boy howdy it went well, so much so that they distributed the paper on Fanagement and started trying to implement the practice widely. 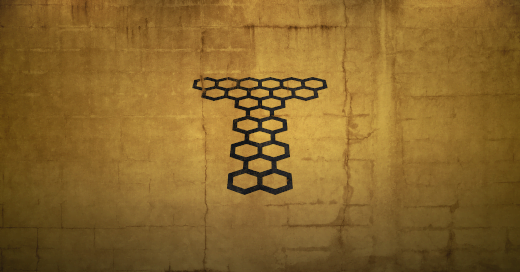 This got a lot of utility too – fan creators that showed promise and ability in the context of the work could be recruited to the BBC’s writing crew, ideas they made that were shared and communal (so not just ripping off someone’s idea, but something lots of people came up with in a deniable way) were harvested, all that stuff. A new Dr Who theme gets implemented, composed by a fan, and they get to meet Peter Capaldi, it’s all a neat symbiosis.

I don’t have it in me to be too mad about the BBC doing this, by the way, in no small part because they’re a publically owned media group. Sure, they’re making profit selling Dr Who stuff, but that’s part of public funds, and so an integration with a public community makes complete sense to me. They wanted to do their best with a beloved fan project, and they were studying the way things got made, and the result was this idea, this term: Fanagement.

Let me be clear, that even as this idea goes places, someone was going to write this down. This idea is not unique alchemy or some poisonous notion. This is something written about by experts in fandom studies! But now that utility, that idea, is being used by people who aren’t using it to guide the production of a beloved franchise of a half-century’s life that has been sustained from time to time by the sheer will of fans wanting to never forget it.

The ideas though have since become accepted as general practice, and the result we’re getting is creating weird things. Weird things like Overwatch, an entire fanagement project that wants to create a non-canon, a sort of big narrative space where you can kinda assume things happen, sorta, or the things they know you like aren’t going to be contradicted, and where most of what’s going on is pure marketing air. Everything is deniable, nothing is written down for good, and it’s all just in motion enough to keep the fans spinning and making all that lovely engagement.

This is something that has struck at Westworld – where a story beat was guessed by a Redditor ahead of time, and they rewrote a chunk of the early show to avoid that, because the idea they should surprise everyone was more important than the idea that they’d clearly laid groundwork that someone could deduce from. Game of Thrones was driven in its last season heavily by trying to implement fanagement strategies, wanting to ensure that everyone got happy by everything they did, and surprise everyone and land the few plot points they knew for sure would happen and in the process created an enormous, long, loud, wet fart of a story beat that, I want to remind everyone again: was bad.

Wrestling, by the way, has had this phenomenon for a while, and there’s a whole book’s worth of content on how wrestling is changed by an attempt to ‘include’ the fans who think they know better (often known as ‘smarks’). Oh, and right now there’s a wrestling fan composing a tweet about how that’s an oversimplification and I know it is, but that’s generally what happened. And the results were kinda WCW.

What I guess I’m saying is if you think that lately, companies have been doing a lot of ‘hey, we get you, fans’ stuff, they are. They get us. They are paying someone to get us.

And those people don’t get us, but gosh, they can fake it well.