Hasn’t this been a thing.

What happened here, on this blog?

Well, Kenny Rogers died, which interrupted my scheduled articles and I found myself looking very hard at myself and the person that, in no small part, Kenny helped shape. I wasn’t happy with what I saw. I finally penned a reference point to show people what fanagement was about. The weirdly popular Claw Gloves article went up – I blame Freyja and her gang of accessorisingly extra cat people. The wrapup of the Round Pokemon thread went up, and I liked that. I took the 3rd Edition D&D Epic Level Handbook to task, and that was fun.

On a small bummer, also I put up an article – which I was very proud of – about Hatsune Miku’s song Odds n Ends, which didn’t get a lot of attention or reaction. The Vocaloid contingent must not respond to things the way the Touhou Project contingent do.

This month’s shirt is coincidentally well timed, and to my surprise, has the shortest time between releasing the shirt and someone buying it of anything I’ve made: It took a day before someone bought a  shirt of this design. 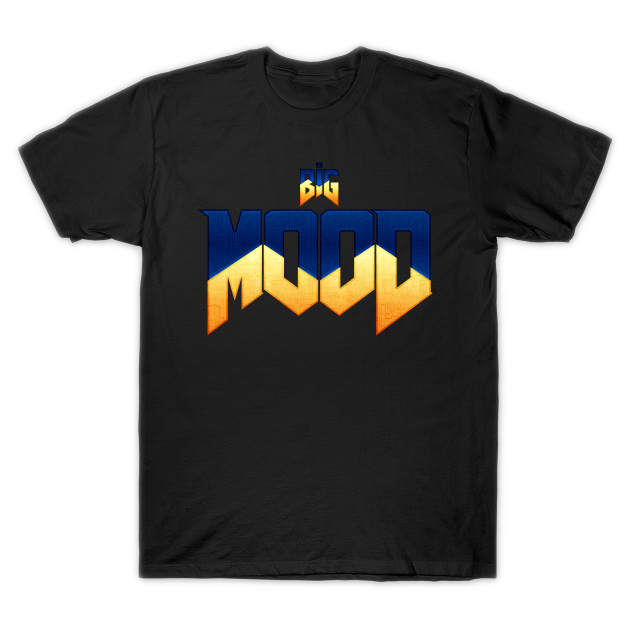 This month’s video is kind of a packing peanut. See, I had two other videos in mind, and a third in script stage – but none of them could be easily or conveniently made, which meant that it was extremely hard to get them done in the time frame I needed. Which means you get this, a half hour tour of my current big Minecraft project: A great big hole in the wall keep.

Classes started up again, and two weeks in, we decided to shift to online classes. Then the conversation about whether or not we do that became compulsory, and then things got real. I’m already a creature inclined to spend weeks at a time in my own house – just the way I prefer to be – and the effort of going out to do other things ran into that.

I can’t do much to help, but I can try to avoid giving anyone else stress. I won’t talk much about the situation here, because I think the last thing I should be doing is giving you all more reasons to feel anxious and distressed. We’re going to do our best to cope, and we’re going to do our best to take care of one another, together, all the time.