First of all this is going to be building off a point first cast into relief for me by Sarah Z’s video on The Johnlock Conspiracy. She is both directly connected with the experience of this space and did the research into the actual history of the people involved, a sort of on-the-spot observer recounting her experiences ethnographically. If you want a longer form deep dive on what The Johnlock Conspiracy is, check out that video. I will be providing a quick summary.

I’m also going to talk about fanagement, which I wrote about last year, which is about the way that fan engagement was seen as being a thing that corporate entities could deliberately engage for commercial ends. Fanagement isn’t necessarily an inherently evil or corrupting thing, but it’s something to know about as something that exists, and knowing it exists can colour your relationship to the media created in response to fanagement. 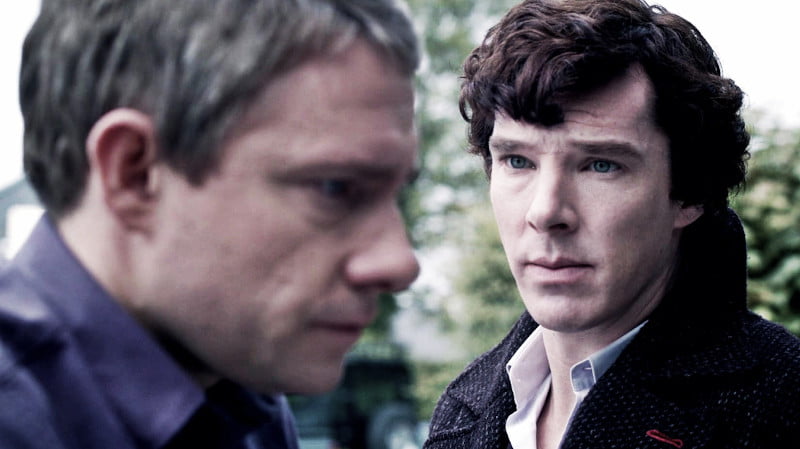 There’s this idea of ‘The Johnlock conspiracy.’

In the agonisingly mediocre BBC mystery drama Sherlock that ran from who cares to also who cares, starring in the loosest sense of the word Benedict Cumberbatch and Martin Freeman (a man ‘renowned’ for this, The Office and the Hobbit trilogy, on a scale of poisonous influence to actual outright evil), as a modern day re-imagining of Sherlock Holmes and John Watson that has some interesting ideas that it absolutely does not use well, mysteries that are not interesting and a relationship tension that was making itself up as it went along. Much ink has been spilled about how this series is not very good, and that’s good, because it’s a very expensively made bad series that banks on the reliable draw of the same fistful of boring privilege.

Part of what made it popular, sort of, was the tension of the relationship between John and Sherlock. See, they were both men, you see, and what if they kissed.

Now, tumblr is, by volume, mostly connections to other parts of tumblr. If you make something popular, it becomes amplified and exploded and brought to the attention of others and curated into lists. Content that gets shared is the very sinew of what Tumblr is, which means that doing things people share around is a strange form of primacy on the site. Making content is powerful, heady, druglike. Commanding curation where you determine what does and does not get shared is even moreso. It is a space for an audience that is engaged deeply with the concept of being engaged, and in this space, fandom happened.

There’s not a lot of Sherlock. There were big gaps between the seasons. When a season came out, it did not explain itself or deliver on its promise at all. It is, as I’ve said, bad. But it was well made and used actors you’d heard of and was treated as being prestigious and so, when the show came out, and because people liked the idea of what it could be, fandom struck on a conspiracy:

What if this terrible show is secretly great?

And I understand the impulse. It’s heart to a lot of fandom. I can’t possibly have spent this time and energy on something I don’t like, it must be that the thing I like is secretly this thing I really like. And so scaffolding comes out to buttress the idea. We’re not taught that fandom is right – we’re taught that fandom is something that justifies itself by being right. If you have a story in your heart about a Dark Fuckprince and his soft bean injured Watson, that story is real and right, and doesn’t need the official endorsement of the BBC to be good.

Without that armour of love, though, instead the fandom turned into this endless oroborous of hostility centered around three people, who seem to just be total dickheads, great job you. This resulted in the blossoming of what was known as ‘the Johnlock Conspiracy,’ where through thousands of pages of well intentioned fumes, these fans huffed themselves into believing that Steven Moffat and Mark Gattis were secretly building up to exactly what they wanted, and they were the smartest people ever for noticing it. The lack of payoff of their beliefs and the active hostility Moffat had to their ideas and positions in person, that was all part of the conspiracy.

Oh, by the way, that idea – conspiracy – is when you have an unfalsifiable conjecture. If you can’t prove it false, no matter what, that’s when you’re dealing with a conspiracy theory.

The dramatic conclusion to all this was the series ended, their conspiracy was wrong, they theorycrafted themselves a few more months of content, and then most people let it drop.

But what if I told you there was a conspiracy? 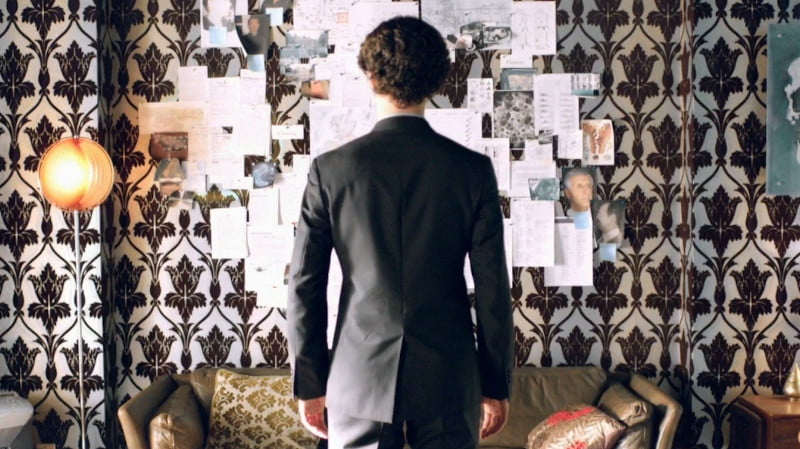 Because there was. It just wasn’t the conspiracy they thought.

See, a conspiracy is a real thing: it’s a secret plan to do something harmful. And the BBC, since they published the work that Matt Hill described in Torchwoods Trans-Transmedia: Media Tie-Ins and Brand Fanagement, worked with the parameters of their experiment aggressively.

The idea, as I outlined in my article about Fanagement was that making the program so it could engage fans directly, and give fans feelings of creative ownership over the work would drive viewership and the kinds of engagement they liked (like, paying for things). Fanagement sought to make media ‘gifable’ – low saturation backgrounds with cuts of under a second so you could break a scene apart easily and conveniently. It wanted to make fan media easy to make, and to minimise hard declarative statements.

The lessons learned from this paper included things like ship teasing as a deliberate task – and I do mean teasing, with the idea that you had to do it in deniable and ambiguous ways. Making things definite wouldn’t get you as much fan engagement as keeping things ambiguous, because fans would make an inference based on what you show them, talk about it, then other fans would watch it again to make sure they could argue with you about it.

A mystery show like Sherlock was perfect for this kind of treatment. Treating the series as if there was some really deep, thoughtful question at the heart of it meant that there was always a reason to keep from ‘revealing’ the secret of the story, to string the audience along, like they’d believe or tolerate it, if it was all in service of a clever explanation. You get it, right? After all, we gave you all the clues.

The toxic fandom of Sherlock did not form as much as it was fostered. 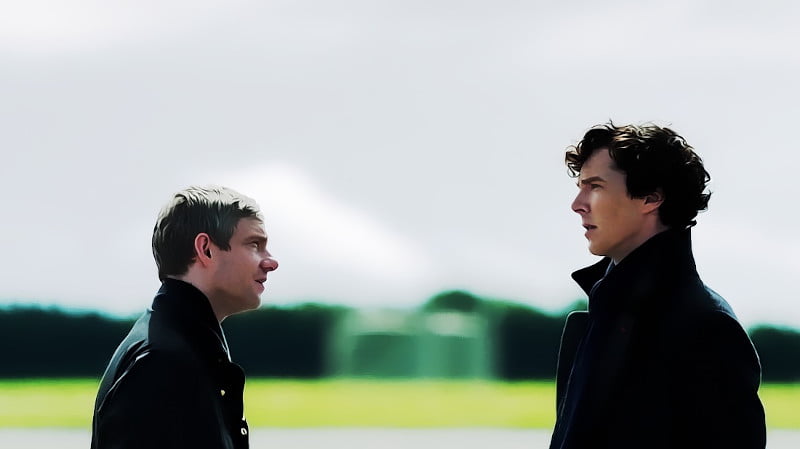 A lesson from this experience, a lesson easily escaping notice, is that it’s not that ‘fandoms are all the same.’ They really aren’t. They are wildly varying in the terms of their problems and those problems root causes. What they tend to have in common is dynamics, but those dynamics are expressed in a lot of different ways.

It’s not that ‘fandoms’ naturally become toxic and awful. There are fandoms that are generally, quite nice, and they tend to be that way because of the values of the central movers and shakers and the conscious willingness of people who perceive themselves as part of the fandom as taking care of it. The dynamic is the same – you have common nexuses of community that people interact with – and the kind of behaviour that’s acceptable and reasonable is filtered through them. If the idea of asking people to modify their behaviour or respect people’s boundaries is seen as unreasonable, then you can get a toxic space.

Also, as I talk about ‘toxic fandoms,’ understand toxicity is relative. There is, after all, a very real, very unironic Hitler Fandom, and they are probably one of the worst fandoms out there. Being a mean lawyer on the internet is bad, and I’ve no doubt the fandom curators known now as the Powerpuff Girls absolutely wrecked some teenagers’ lives – like, there are definitely people with, I am not joking or being hyperbolic, some PTSD triggers about (say) Tumblr or whatnot, based on the kind of social force these people were leveraging.

And then remember that holding that lever at the high end, right at the top with the most power over it was a company that made TV shows that was trying to make sure you watched their shows.

Also: The tools for doing this are available to all the companies that read the paper.

My advice? Exhort and uplift queer creators. Be positive about it, not negative. Don’t make your time about attacking other people’s dark fuckprince. Bring what you like to life, and bring that life into the light. Share and love each other, rather than find reasons to be mad at one another for how you’re all playing with toys a corporation wants you to treat with respect and only play properly. And as always, the standard you walk past is the standard you accept – so make sure your fandom circles aren’t putting up with some Powerpuff Girls. 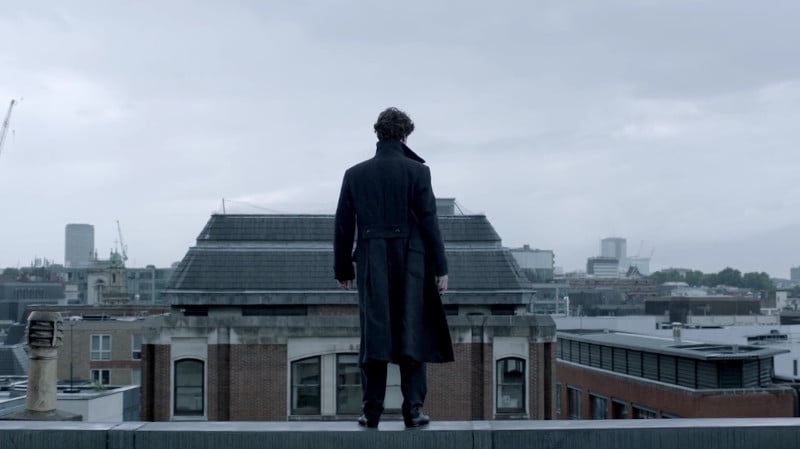