In the past I have remarked upon the idea of Dungeons and Dragons 4th edition’s quality as it being a game that lacked ‘bear traps.’ This is just a basic metaphor, you know, comparisons between a thing that could hurt you hiding in an undergrowth, that you might never realise was there until after it hurt you? It wasn’t ever meant to be a genuine game design term, not something I’d use in serious discussions.

Yeah except now I’m using it and I need to nail down that to make sure people might know what I mean, and I’m going to be very specific here. I’m talking about Dungeons and Dragons 3rd Edition as examples of game design, and I’m talking about the overall philosophy of the game.

Dungeons and Dragons 3rd Edition did not mind or care if you had a bad time that was the game’s fault. 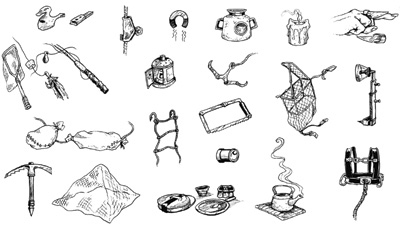 I’ve spoken in the past about the sorcerer and the wizard; the tension that lay between two classes that were very similar, with one just being markedly worse than the other, and the competitive design mindset between them. I’ve also spoken in the past about how there’s this class, the Druid, where they have a class feature that’s about 80% of everything that a Fighter is, and how over time, that class feature improves faster than the fighter, resulting in overtaking in the mid-game.

The big issue of 3.5 class balance is that melee combat was, just in general, not as good as magic. Ranged combat wasn’t that good either, but it could be made to compete with magic, mostly through the use of magic. The best archers in the game were inevitably spellcasters using magic to compensate for what the fighters and rangers were given, and still had their spellcasting besides.

This is something of the philosophy of this game, where it wants it to be possible to mess up building or playing your character. It’s a way to represent ‘being good’ at Dungeons and Dragons. Which is an interesting idea, and one that I kind of want to support, on one level. I think games are better when they’re made as sequences of interesting decisions; deck-building in Magic: The Gathering is an interesting decision, and that doesn’t make the game play experience of it that different. Heck, you could view a draft, then a deck build, then the matches of Magic: The Gathering as multiple different games, with all sorts of interesting decisions along the way. 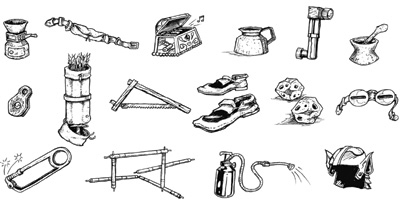 The problem is that an evening of drafting for Magic: The Gathering is maybe four hours and you’re done while building a Dungeons and Dragons character in 3.5 required an enormous investment in time because you could only level them up as the game progressed.

It’s also gatekeeping: The game wants to give you the means to screw up at it, because the idea is that doing well or making smart choices is more satisfying and rewarding. Except your character, their feats and their powers are not a small choice; they grow over time based on your experience playing a game and may take months or years to come to fruition. You might need to read dozens of books to get a handle on how a character really works – the full breadth of a character may be dozens of books, some of which are totally unrelated.

This game presented you with choices of varying difficulty, but you needed enormous context to know how those choices worked. And you had to master the system to ever appreciate how bad some of the choices were.

And thus we have an owlbear trap: A way in which Dungeons and Dragons 3.5’s design philosophy prioritised servicing an enfranchised, qualified group of players in order to make it tangibly more desireable to do the things those players liked. Or to simplify: An owlbear trap is when you make it possible for new players to fail, just because they’re new.