Back in D&D 3.5 there was a really weird balance problem that existed within the confines of “two of the most powerful classes” that were nonetheless so different in power that one of them was definitely a weaker option.

Let’s talk about wizards and sorcerers. 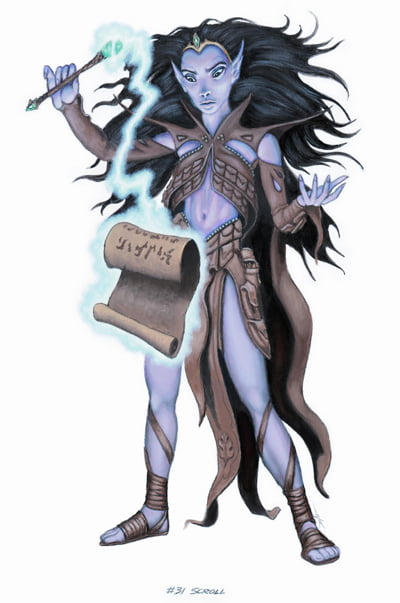 To explain how these two classes work, the most basic way to describe it is they were both weak in combat, they had small hit point pools, they had weak armour choices, and they had limited skill options. What they did do to compensate for this was they learned spells as they levelled up that they could use to do things.

This description though comes with an asterisk on everything because there was always a spell that let you fix that problem, sometimes more than one, and sometimes they were so good they let you outpace people whose whole job was to be good at them. So They were weak in combat*, they had small hit point pools*, they had weak armour choices*, they had limited skill options*.

The Wizard and the sorcerer were almost copies of each other in every way, taking spells from the same list, having almost the same class features, almost identical skill, hit point, defense and class features. They both got familiars. If you overlaid the two, however, you’d be able to tell clearly that these were two classes with similar abilities and both were just a little bit different from one another.

But if you pulled them apart again, you’d realise it wasn’t that there was give-and-take between the two, with one better in some ways and worse in others, and vice versa. No;

The Sorcerer was a Wizard that sucked. 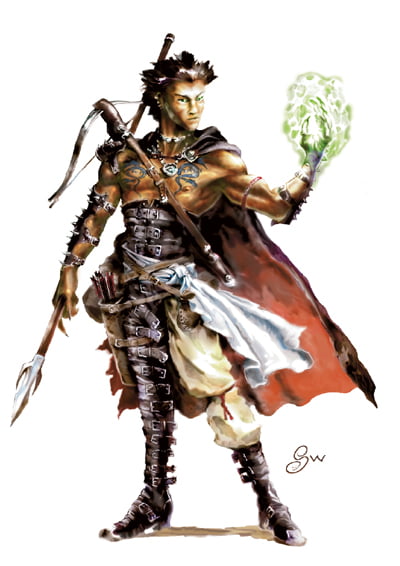 The differences seemed pretty equal at first. Wizards maintained a spellbook and sorcerers could cast a smaller pool of spells at will. The sorcerer got more immediate flexibility and the wizard got more diversity. So far so good, that seems like a good division to have when you want to separate two similar things.

The Wizard also got five bonus feats, to spend on crafting magic items or metamagic, to represent their ‘study’ of magic. They also started with the feat that let you make scrolls, because hey, you had to pen them into your spellbook, right? That seems reasonable. And spellbooks! Spellbooks were clearly a cost, a cost the sorcerer didn’t have to care about.

But then as you started to dig into things you’d notice more and more weird things that favoured the wizard. Some that even now some people don’t realise were there.

Wizards didn’t have to set all their spell slots every day. So they could have a handful of spells they’d definitely need, immediately, all the time, but leave some spell slots open for random utility effects, as you needed them. This gave wizards a sort of slowed-down spontaneous casting, so as long as the wizard had five minutes or so, they could get any spell from their book. For a lot of utility spells like Rope Trick or Knock this was great, since it meant you never had to prepare the one you’d need each day, but you could get it when you needed it.

Wizards got that scribe spell feat for free, so every night, they could turn every spell they didn’t use into a scroll for a negligible cost. A 1st level spell cost 1 Xp to craft. Remember that unused spell slot? Well now you can turn it into a combat spell for tomorrow, and still have an open slot for the next day.

Wizards could employ metamagic feats on spells by preparing them ahead of time. If you wanted an Empowered Cone of Cold, you set it up at the start of the day. Again, you could do this on empty spell slots but most metamagic spells were kind of general purpose, rather than utility. If a sorcerer wanted to put a metamagic feat on a spell, they had to spend a full-round action doing it, meaning no movement or other actions in their turn – which had the weird side effect of meaning the spell would happen at the start of their next turn. Oh, and one of the metamagic feats was ‘quicken spell,’ which was meant to make the spell take no action. Wizard could do it, sorcerer couldn’t.

When the developers were asked about this quicken spell weirdness, they were told ‘the spell is a free action on the next turn,’ which is extremely rules lawyery and also completely pointless. You can give up an entire turn now – and other costs – to get your spell as a free action next turn. Note that this behaviour is how other metamagic feats affected sorcerer spells as well – you spend a whole turn casting the spell, it happens at the start of your next turn.

Wizards – and I feel like I’m building one of those ‘Chad’ diagrams – got access to each new level of spells a whole level earlier. Wizards got access to new spell levels at (class level*2)-1, while sorcerers got it at level*2. A level 5 wizard had access to 3rd level spells, the sorcerer had access to 2nd level spells. You might imagine it’s not a huge deal, but waiting an extra level for the most powerful class feature that the other class is also using better is a bit raw.

Then the prestige classes, things that gave you more special abilities, were gated behind levels of spells. A class might require ‘the ability to cast 3rd level spells,’ which meant the wizard could get into it at level 5, and the sorcerer at level 6. The class might have other requirements, like crafting or metamagic feats, and the wizard got two of them by that point to the sorcerer’s none, meaning the wizard got easier access to these classes as well.

And also, the wizard got prestige classes that let them do things like the Sorcerer did them. Infamously, the Mage of the Arcane Order gave a wizard huge flexibility by letting them just pull spells out of a big pool.

You might be left wondering, well, what about scribing in the spellbook? Is that the limit here? Maybe it’s very expensive and the sorcerer can have better gear?

Nope! Spells were triflingly cheap to buy and scribe, and there was even a magic item that was very affordable – comparable to a level 4 character’s better loot haul – that made tracking your spell costs pretty much irrelevant.

The Wizard had it all over the Sorcerer. 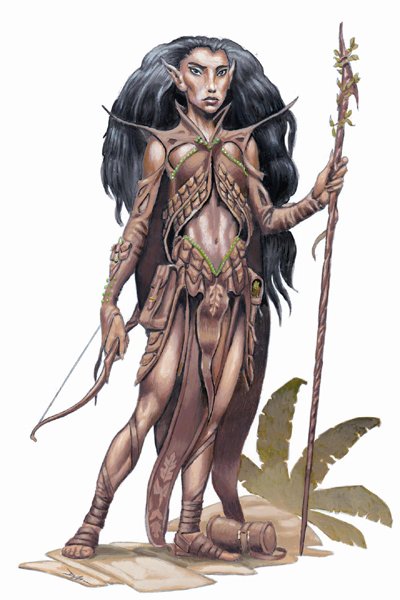 What the hell, right?

And you might think this is something that came up in one book, or something early in the game that didn’t get fixed. Maybe the wizard got one or two mistakes early on and they never addressed them. Nope! There was a consistant pattern of releases doing things that favoured and improved the life of the wizard, without any consideration for how they affected the sorcerer. There was almost no sorcerer-only content, while there was quite a lot of wizard-only content. Numerous classes and feats were designed that favoured the wizard and nothing was done over the game’s years of releases to address the initial imbalance, and then subsequent releases and rules clarifications made it worse.

It’s important, by the way, to point out that even with all these problems, the sorcerer was pretty much fine. It was still an arcane spellcaster that used the wizard spell list, so even if it was a worse wizard, it was still plenty good. The sorcerer is probably the least powerful top-tier character available to D&D 3.5, and maybe the ‘fairest’ caster type unless you count the Bard. It’s not great, but trust me, the sorcerer was still very powerful. It was just really obvious the gap in power between the sorcerer and the wizard, and the more you understood the rules, the bigger that gap became.

Now, since 3.5 is a long gone format, and there’s nobody to say otherwise, a story has come up since then that explains this. It’s not a story I can vouch for, but it’s a story that makes some degree of sense. The notion was that each class had a head developer whose job it was to make sure that their class was being well-served and following through in subsequent products. Rather than ask the person writing the book about deserts to write material for fighters, wizards, rogues, monks and so on, the task was then sent to each of those developers to provide content for their class.

And the person who worked on wizards played to win.

The argument seemed to run that every time sorcerers were given something, this developer would push back on it, that the sorcerer couldn’t encroach on wizard territory. Any time the wizard was given something, though, it was improving usability for players, or restoring an older thing from an earlier edition. Whether or not these are the arguments is kind of unnecessary, because the reality is if this is how things were set up, this one developer was able to compete so aggressively for attention, space, and ‘power’ in the context of the game they were making that the wizard started and ended the game as one of the most consistantly powerful classes in the game’s history. 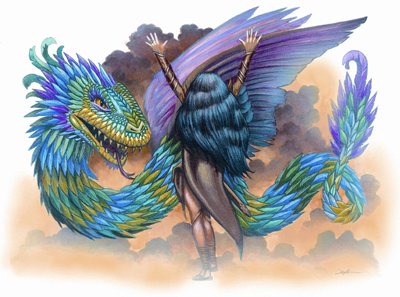 Okay, so this is a story that might not be true. It’s one I believe, and it fits with the patterns of behaviour of the company in question, but it isn’t one I feel safe actually attributing to people. I used to tell the story attributing it to one individual, by name. Over time, I’ve come to try and get out of that habit. Part of it is because even if it is true as told, it’s not like it helps the story to hear it that way.

The reason I tell this story is because it shows the way that competitive design is really countercooperative design. The idea of setting your design teams at each other, and making balance about who can win arguments is going to make the whole thing worse, because balance is impotant between characters.

Some smug asshole is going to say ‘I don’t see how it is a problem if you-‘ and then go on about ‘we’re all telling stories’ and maybe bring up Frodo and I want you to know, before you start, shut up.