And with that, spooky month draws to a close! Well, then, what happened during?

This month’s blog posts had a sort of mini-event feel to it. I’d planned to play some horror videogames and watch some horror movies and mostly found myself unhappy with the results, but I did get to finally put my thoughts out there on the fantastically terrifying Tickled.

I did a series of posts about me and my own experiences with trauma; stories about the first time I drowned, stories about the histories of serial killers and stories about the relationship I have to horror. Most importantly, though there was my reflection on the way ‘God’s Vengeance’ is more horrible and horrifying than anything a reasonable person would conceive of.

In other, lighter news, two different 4E posts went up and got a great reaction, one about running it, and one about making horror movie characters as D&D heroes.

I didn’t wind up making a deep dive video about Bloodborne. I think that I can still turn this article into a video, maybe for greater access, but the footage of Bloodborne I tried to record off my PS4 just wasn’t available, so that was a bummer. In the end, though, I feel that the article is really good in no small part because I think it’s worth calling out the way that games are forgiven their sins if they are deemed to have Proper Goodness.

Also, I finally sat down and told the story of Acephale in a way that’s suitably creepy!

After the blog posts, though we had my video on Blood, which was fun to record and also pretty quick. I like making these videos about games as I play them, with a certain degree of freedom to discuss. I think that I’d like to maybe try doing them on-and-off.

I’m also finding I have more video ideas than I have video article ideas. I’ll deal with the way the scheduling works in the new year, but for now there may be a bit more casual chat game videos coming up. 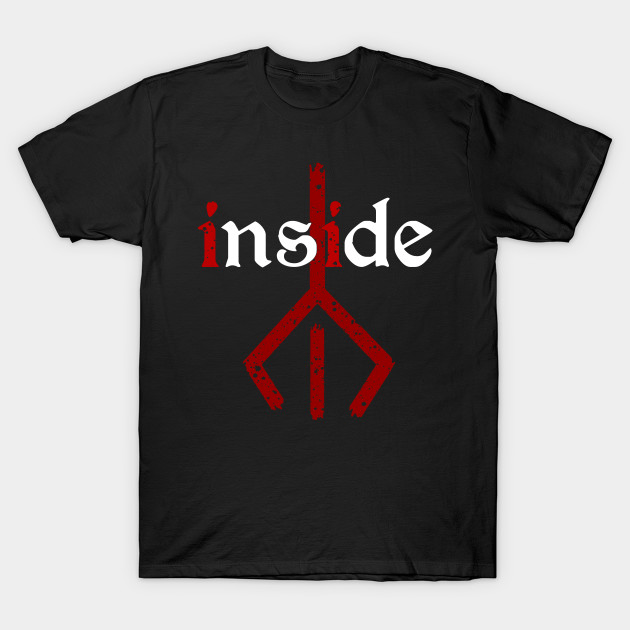 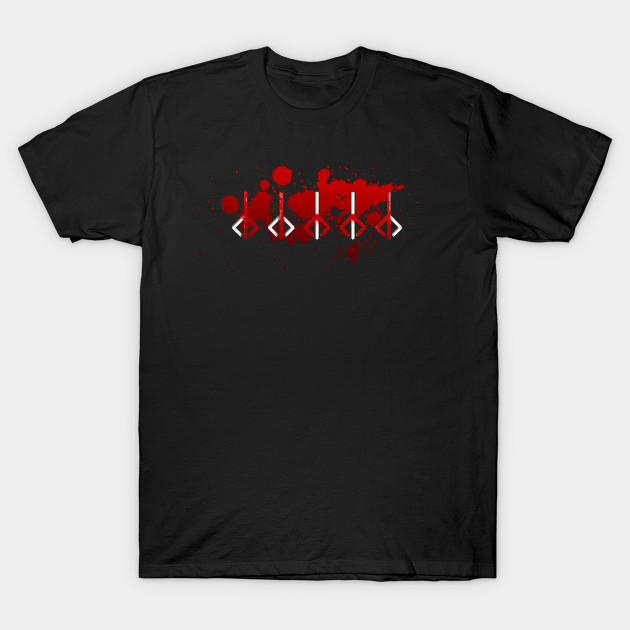 T-shirts! I made a pair of spooky designs for November, both based on the Hunter’s Mark from Bloodborne. I like them! The Hunter’s Mark is one of those bits of iconography I love from games and I really appreciate the subtle joke of ‘I’s in the ‘Inside’ being marked differently.

Games we didn’t get tons of work done on! I did a bunch of playtesting of games I had already underway, but this month has been heavily focused on teaching, which means a lot of my creative time is spent exploring things that my students might be interested in, so I can meaningfully comment on it.

And finally, personally? I have felt really tired and groggy this October, which means a lot of work I’d have gotten done just melted away in hours of playing picross in bed while I tried to muster the energy to stand up.