This is one of the scariest fucking things that you’ll ever see.

A content warning for Tickled before you decide if you want to see it: There are good odds, if you know me, that you’ve got a kink or an interest or something like that that is generally non-mainstream enough you don’t want to talk about it outside of specific places reserved for it. Maybe you have a twitter account for it or you’re part of a roleplaying community, and odds are good you are 100% completely okay with your relationship to it and your friends in that community.

You are, for lack of a better word, okay with your kink, and you’re part of helping other people be okay with their kinks.

I don’t even want to list examples of this stuff, because I know that the nature of these kinks is that if you show you’re aware of them, or you have an understanding of the culture to any degree, the natural implication from the outside is that you’re in that culture. If I mentioned, for example, Cookie Monstering (which is, as far as I’m aware, not a thing), anyone who wasn’t into Cookie Monstering would have an immediate thought of well how does he know about that?

This is the general content warning of Tickled. Tickled is about what a single person, with sufficient wealth, who’s sufficiently interested in a kink, and lacks the emotional means to be okay with their kink, can do. It’s a story about what happens when controlling people’s entire lives is easier for you than controlling your own self-loathing. 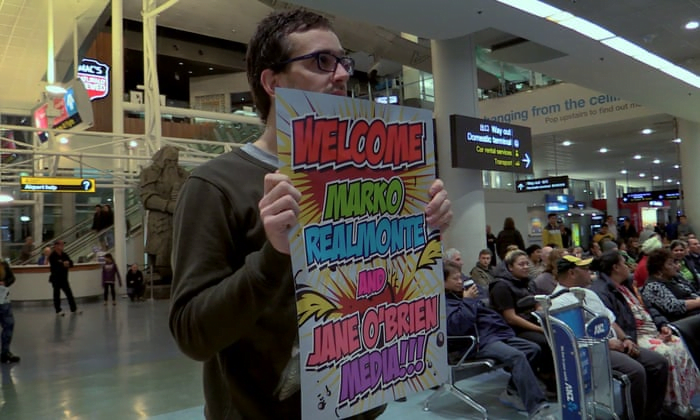 It is a terrifying story, and what makes it terrifying is that it’s real, it all happened, and it was only ever documented through sheer chance.

The more specific content warning is that this documentary talks about the tickling fetish. It’s pretty good about the actual tickling fetish itself, talking to people involved in the fetish, avoiding some of the loaded and homophobic language that can get used in tickling stuff, and doesn’t use the tickling kink as an excuse to sensationalise. If you’re into tickling, this documentary isn’t going to tell you that you’re bad, and it’s largely going to leave you confused as to why someone in the scene was so weird.

The story of Tickled is the story told in Tickled. Originally, a New Zealand reporter, David Farrier, who mostly just did minor human interest and sports stories, found an odd posting for a ‘competitive tickling’ event, and being an actual journalist, and fond of bringing to light interesting stuff, he reached out to learn more. What he got in response was savagely defensive, and defensive in a way that provoked some pretty standard journalistic followup. When you contact someone who’s advertising that they’re buying potted plants, and they respond to you introducing yourself with I NEVER SAID ANYTHING ABOUT CRYSTAL METH, you’re kind of left with an obvious second question.

Farrier just accounts the very straightforward sequence of events of investigating this ‘competitive endurance tickling’ event, and that investigation gets extremely wide and starts involving people who make legal threats and fly out to different countries to make those threats in person. On the one hand there’s this eerie weirdness to it, as you try to grapple with why this subject matter is being treated with this sort of weapons-grade security and secrecy, and then it turns dark as you start to assume there must be some greater darkness, something this is a secret to cover for, and finally settles in the unsettling horror of realising that this thing is what it’s always looked like, and the depths to which one person can wind up going in the name of maintaining control over their kink and failing.

This documentary is deeply unsettling horror. It’s horror that shows you the way that money can be used as a chain. It’s horror that uses not knives and weapons as ways to pressure and threaten people, but rather the sheer inexplicability of the situation as a weapon. It was harmless. It was gifts. It wasn’t a sex thing.

But it was undeniably not harmless, not gifts, and it absolutely was a sex thing. 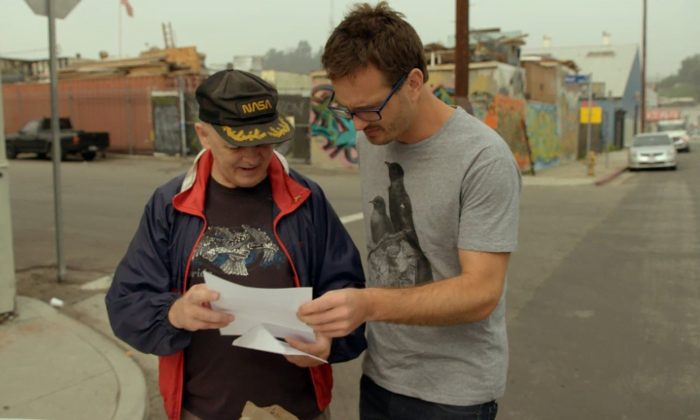 There’s a dizzying depth to the murky miserableness of the people caught up in this. It’s one of those things where you can stand, outside it, and say ‘well that shouldn’t matter,’ and then realise with a sudden lurch that you’re right and it matters anyway. It highlights our inadequacies to talk about kink, too, where the tickling fetish is definitely full of videos that are sexual content, but only sexual content to the specific people who respond to it as sexual content. To anyone else, it’s not meaningful content, but that creates alienation. It creates a feeling that whatever it is you’re looking at, someone involved spent money on making it happen, and then that begs the question of why. What’s it for. We don’t like the feeling that things exist for weird reasons. We distance ourselves from it. We other it.

This is a documentary full of people who are trapped in a the grasp of a monster that is itself the extended, twisted shadows of one lone individual’s personality problem, coiled around them deep enough to choke.

And that man is dead.

And it’s still going on.

And it may never stop.

If your first engagement with Competitive Endurance Tickling was a comedy podcaster talking about it, that’s pretty good, that’s legitimately funny and it is a story best taken with something that makes it lighter, makes it more tolerable, more survivable.

Because when you look at it raw, as what it really is, it’s scary as hell.