Let us, for now, set aside its issues as an adaptation of a source material.

Let us set aside its issues with racial contexts.

Let us set aside the choices it makes heedless of women and culture.

Let us set aside its poor editing and the practical work of cinematography.

Iron Fist is bad because more than anything else, it’s a series that doesn’t know what it is about. 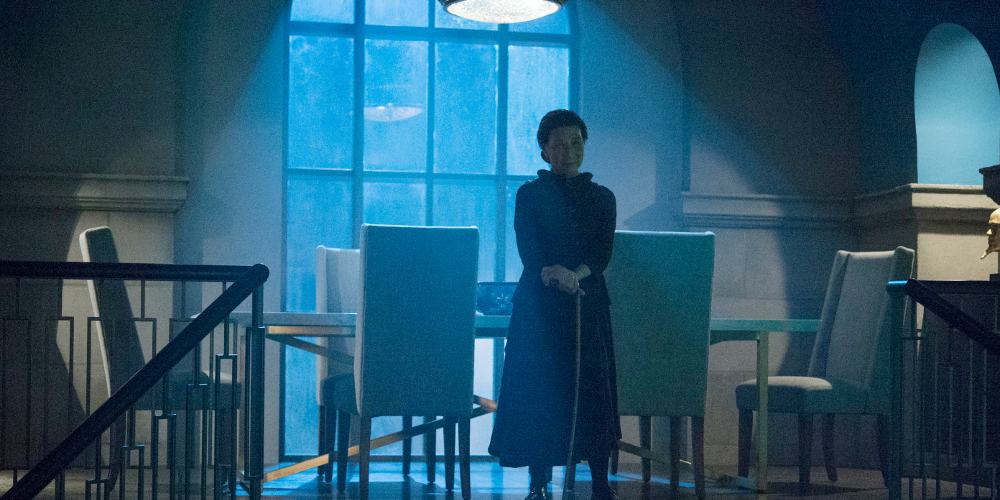 I’ve touched on this in these articles. The fear of the costume and the style of the superhero. The way they hired someone who wasn’t good for the role in any way. The excuses, the endless excuses for why the show isn’t very good, the defensive posture that blames their failings on, amongst other things, a presidential election. The way the took a story about a martial artist returning home to right a dreadful wrong through violence against an old disabled man, and made it about conspiracy and zombies and another hero’s villains. Every single one of these decisions is a bad one and none of them are bad enough to stand on their own as a sign of what made the series break, none of them are this series’ fatal flaw.

But every single one of them could only show up if you, when presented with the series as it exists, had no idea what it was meant to be. The show doesn’t know why it missed or what it missed, because the show didn’t know what it was trying to even be in the first place. Say what you want about Luke Cage’s position on Blackness, it at least knew damn well it was a series about a Black superhero dealing with Black Street problems. The identity of Luke Cage permeates its very being.

Let us then speak of what I feel represents the central coda, the most important and vital flaw of the Iron Fist series and the way it handles its central premise, the characteristic that the series is literally named for. 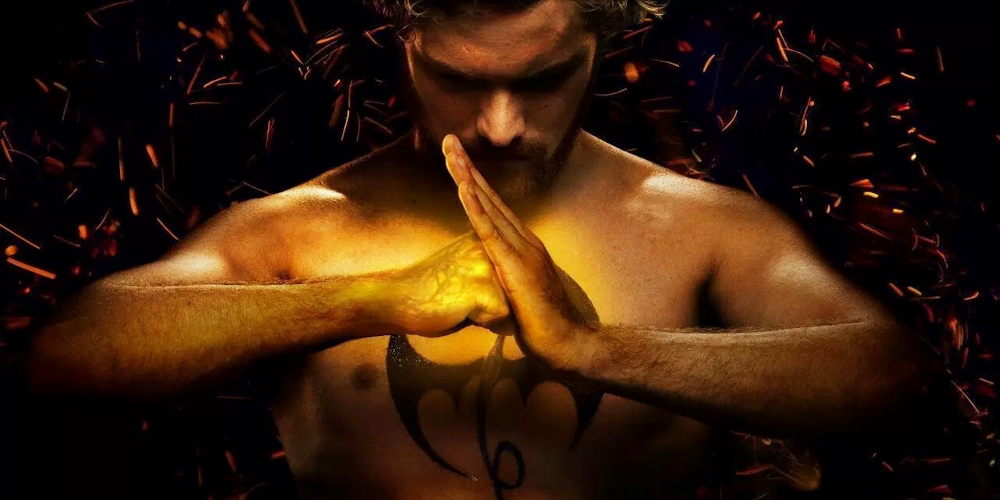 What is the Iron Fist?

It is the power that Danny has, which the story… sort of doesn’t really explain. It’s just, he has the power of the Iron Fist, and he mostly uses it to punch through walls. It’s not used creatively or cleverly. It is power, a direct application of force, and Danny can’t use it constantly. There is no explanation as to why. At one point he heals Coleen, and then that’s it. The Fist is returned to being vaguely explained. Defenders elaborates on it, but it still is building on the foundations of Iron Fist, inheriting its flaws.

When and how does the character use the power? What limits it? What provokes it? What, in this superheroic story, is the thing that sets the character apart from the greater population, and how do they access this power? What, more than anything else, is the Iron Fist about?

I’ve watched this series now, I’ve double checked, and the single common trait with Danny using the Iron Fist is Danny getting mad. 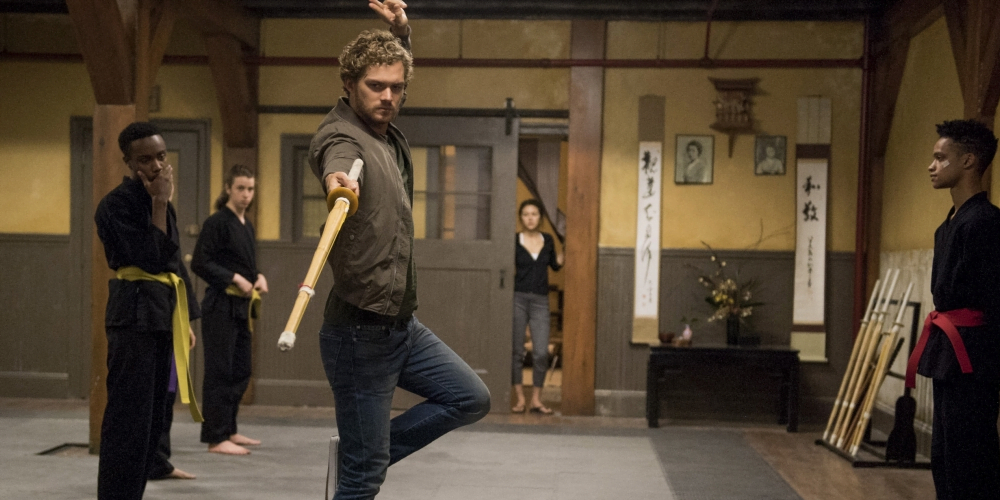 Danny gets angry, and the power comes to him. When the power is not available, it is because he has not gotten mad enough. There is no philosophy, no coda, not even the most rudimentary of koan. The story doesn’t frame the Iron Fist’s power as a result of study, or training, or an emotional centering, or being able to spend his time fighting or charging up or needing to summon the megazords or anything. It connects very directly. Anger In, Power Out.

That is the story this show thinks is interesting. That’s the central idea of this series. Danny needs to find things that make him angry enough to act, angry enough to draw on that power. That’s your story. It permeates. Danny is mad that he is being denied his billionaire status – not because he wants it, but because he’s being denied it. Danny has outbursts of anger, he hates his opponents, he steps to violence in his very first scene for no really good reason. Opposition to Danny deserves violence, because Danny uses violence, and violence is directly and only connected to anger.

This is this world’s Danny Rand. He is angry, not because of things he experienced, or internalised guilt. Not because of self-loathing or cruelty. I’d look at the subtext to work it out, but we don’t have to, because the story just flat-out tells you.

Danny doesn’t feel he has a place in the world, he feels like he doesn’t belong, like he needs something more in his life, a life that already features being an immortal god-fighting dragon-punching superhero billionaire. Danny was picked on a little bit as a kid, but he had loving parents who gave him everything, and even his father’s last words were that he loved him. Danny’s anger puts the loss of his family’s company on the same level as the loss of his parents at the same level as handcuffing him and so on, and it does not feel making his parents’ death an act he could be angry about is worthwhile.

There’s an attempt to represent his violence as like Coleen’s violence, as if the two share some emotional challenge, but it’s never explained because they don’t explain why Coleen is that way, because women don’t need backstories.

Danny’s anger is petulance at a void.

That’s not what the Iron Fist story really is about. That’s a stock character – it’s almost a cliche. Heck, it’s a Disney Princess at the most bland. 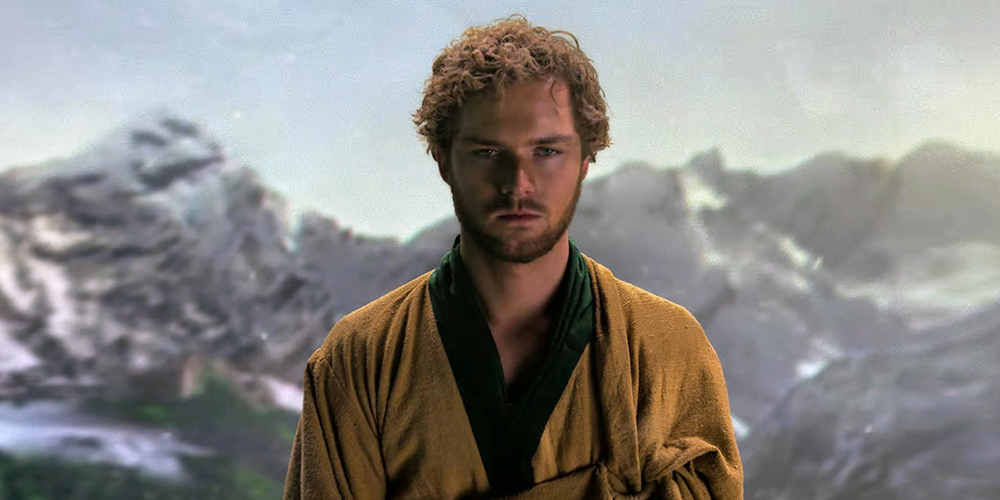 This, all of this, is what you get when your story doesn’t really know what it’s about. The people in the story talk about the trappings of kung fu – in a really orientalist way, of course – and about the idea of a business conspiracy or Rand enterprises or all these things, and there’s talk about centering Danny’s chi and connecting him to other stuff, but none of it connects, none of it really makes any sense because there’s no central throughline of the character, the idea of how you attain power, or how Danny relates to power and violence beyond get opposed, get angry, get power.

A final example, from the last episode.

There’s a sad irony here in that one of the most basic, well known pieces of actual historical philosophy quotes, a quote you can find on coffee mugs for executives, would help avoid this problem.

“If you know the enemy and know yourself, you need not fear the result of a hundred battles.”
— Sun Tzu’s, The Art of War

Surely even the kind of dinks who wrote this Danny Rand would know that one.