Iron Fist is bad at doing all the things it wants to do.

We’ve talked in the process about things that will make your storytelling better. We’ve talked about looking at issues in structural ways, and we’ve talked about invigorating characters with character rather than as instruments for the story. We haven’t really dealt with specific, individualised incidents of hecking up execution. And this is a series that hecks up the execution a lot. 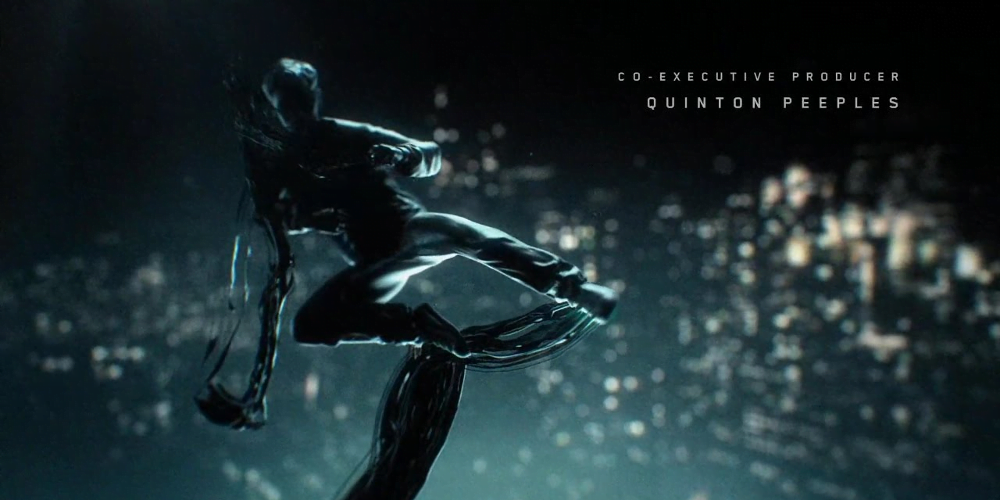 Why is this here?

Do you see this in the series at all? Does it tie into the colour dynamics of the rest of the series? Can you think of any time that the series does anything that looks like this? Danny has a clear colour dynamic of bright yellow, but dark black never really shows up to contrast with it like in this opening.

This is a visual motif that the show literally never uses except in its opening. In Daredevil, the colour scheme of the opening is a signifier; you see the red in Daredevil’s outfit, in Elektra’s outfit, in background colours and lighting and shots and it’s also a motif of the bloodstains and damage you see on Matt. Luke Cage uses yellow to indicate street signs, and imbalances (like yellow tinted windows, gold of crowns, the warm light of the club looking down on the patrons).

By contrast, Danny gets a yellow fist and that’s it. The Defenders builds on his colour scheme, of course, putting him in green light that helps to contrast him to Matt, while also suggesting a commonality in his space between Luke and Jessica, but in this opening, in this first impression, what is there of Danny that exists. What works?

Also, because this character is both animated and obscured, they can show that character doing a bunch of extremely cool things, as if he had, perhaps, mastered some martial arts, martial arts that let them do something like attain the powers of the Immortal Iron Fist. I hope you’re not attached to this sort of acrobatic motion with lines of energy like this, though, because you’re never going to see it.

If you go back and rewatch the first episodes like I did, because I dunno, I make bad life choices, you might remember there was this recurrent visual theme they tried to use for Danny to focus his chi. Lots of vertical lines, blurring and shifting over the film. Remember that? Danny’s inability to focus his chi is an early story beat that fades away, and with it, the effect. It’s not used later to represent when he’s out of focus with his chi despite the fact that his chi is out of whack is used as a story beat. 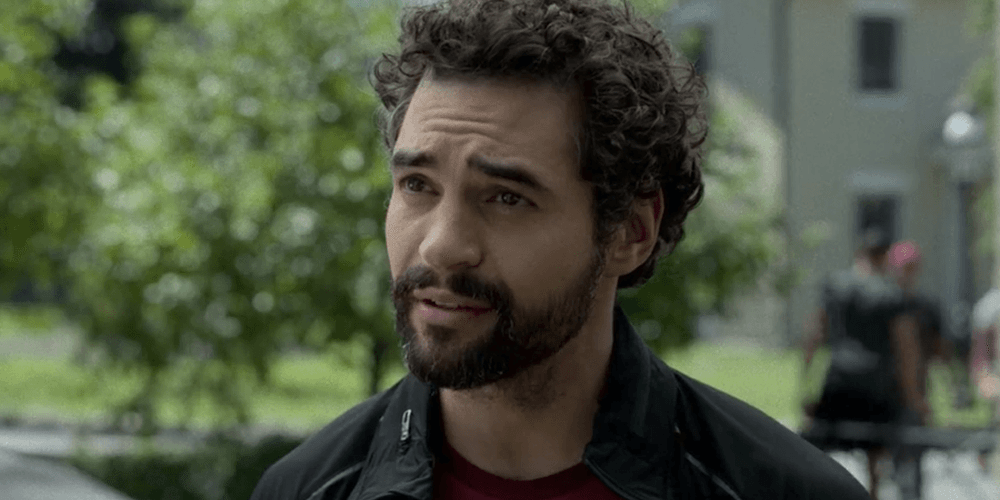 I bring this up because these are examples of rudimentary execution error. If you introduce a power in the second act of a story it should matter, in some way, by the end of the story. If you’re going to introduce a visual aesthetic to a problem, use that visual aesthetic again when you use that problem a second or third time.

In this, the healing is a doorway the story stepped through and forgot when they move on.

As a game, you can probably ask ‘remember when this happened’ about a lot of things in this series and watch people fail tell if you’re making it up or not, because there’s a lot of forgettable stuff here. There’s a reason we talk about repetition and patterns and structure in storytelling: These things make it easier – or possible – for the things you do to remain in people’s minds. It’s like telling a joke. You can’t just state a punchline – without a setup, it’s just a weird interjection pineapple.

Iron Fist’s central plot is mostly made up of about six or seven really short story beats, and the rest, because it is not anchored, it does not reside in the memory, is just… lost. It’s not just bad storytelling – it means much of this story is boring.

The fights in Iron Fist with one exception suck.

Now, this gets held up as an example of bad editing and I’d say it’s almost the opposite. The editor here clearly did a lot of work to try and turn pillowfist douchebeard into the person who was throwing punches. The editor can only work with what they’re given, and here, they’re given 56 individual components that they had to stitch together to fill 35 seconds. I give the benefit of the doubt, where I think this editor was using as much as they could of each shot, because editing is very hard.

With that, it means this bad scene’s fault falls on the person making decisions, and that means yeah, the director had to direct the fight coordinators and choreographers and camera people and the set managers. Some of these shots require cameras to be in places the characters physically are, meaning this was shot multiple times over.

There is nothing wrong with having Danny have a fight in this space, or even a fight with a bunch of cuts in it. But this way of doing it is bad, and has bad effects. It also gets to be easily held up as an example of a problem. It’s frantic and sloppy.

This is an example of an execution error, and not just stuff like the Line of Action that even a clueless donk like me knows about. I’m not a camera guy! I’m not a cinema guy! If I can look at this and say ‘whoah this is shit’ imagine what it’s like for editors and cinematographers and critics of that form! Imagine how it looks to them!

Oh and by the way, Finn, know what’s a great way to obscure when you change a shot from stunt double to lead actor?