hey, if you’re not here for a cis dude talking about a trans thing from the outside, good time to bounce.

Hi there, Trans Friend, and I say that because statistically speaking, you’re probably one of my friends if you’re reading this. But maybe one of my friends shared this with you because maybe I say something insightful, but I am permanently one of life’s overshooting gundam jpgs, so we’ll see how I go.

Odds are good, sometime lately, you’ve spoken to someone about a thing, just a random thing, in your past, maybe some childhood experience, or your first lessons at college, or the time you gave away your child at a wedding, or something like that, and then you stop, mid conversation, struck by considering what you thought then with what you know now,  and go: Oh my god, how could I not have known?

I hear this enough that I found myself inspired to jot some thoughts down about it. Without going too tangenty, there’s this idea in media studies of hypertext. I’ve written about text forms in the past – text, paratext, metatext and so on – in what’s hopefully a fairly familiar form, by talking about anime. One of the entries in that article, the last one, is hypertext. 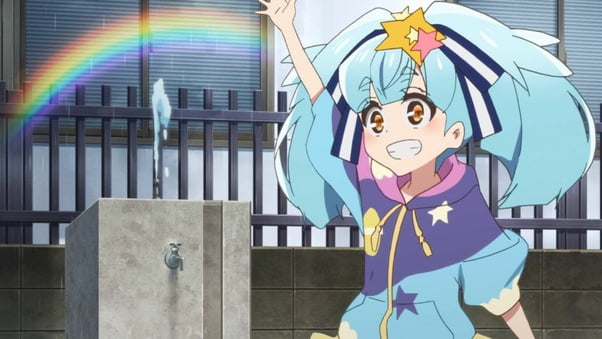 Hypertext first came to my attention in a discussion of videogames. Yes, anime and videogames and trans issues, I know my audience. See, the way we talk about videogame narrative is sometimes positioned like there’s an ending to a game, that there’s a way things are. The reality for most videogames, though, and most people who play them through to the end, isn’t that players see an ending, but most players who care about endings see all the endings. The idea of hypertext is text that modifies the text after viewing.

There’s going to be a lot of things in your past that feels weird or confusingly obvious, or stunningly stereotypical for a trans person to you now. But now you know the signifiers, now you know the trends, and now you may know the experiences you and a lot of other people like you have in common. A love of hoodies, or short-temperedness about height or specific characters in specific media, stuff that we sometimes refer in a really awkward way, as ‘eggy’ media, and these things that now, your new experience contextualises as extremely obvious signifiers.

It’s natural to feel you didn’t ‘get it’ early enough. That’s also a common concern amongst queer folks (and not just trans folks!). You see the time spent getting to where you are as a waste, as time you wasted and things you tried that are now embarrassing or wrong or awful, because of who you are now, who you became. These are common anxieties.

This is challenging to look at because it’s really hard to look at your past and see it with kindness. I don’t have your situation myself, but I have to look back on myself, what I was involved in, and what cruelties I did, and think about the ways to address that, address what I was and what I became. For myself, the lesson has been to try and not judge my then by the me now. I want to learn from that version of myself, and absolutely not be that person. One of the lessons, though, is that it’s capable to look back on that time with kindness.

And it makes for a lot of fun jokes and shared memes amongst people, to look back and go ‘gosh, how didn’t I know?’ as long as you can remember you’re doing this with care and sympathy, and joy that you’re here now. Because you’re precious, and it’s worth extending to yourself that respect.

Gender is part of your life, your life is a hypertext that changes as your experiences recontextualise who you are, and that means you are an unfolding story, to be respected and appreciated.

I guess what I’m saying is gender is the real Dark Souls.