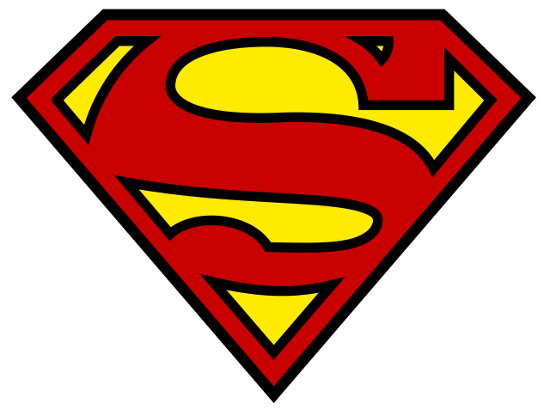 I deal a lot with superhero stuff, even though I’m not a superhero media consumer in a conventional way. I don’t buy comics, I don’t tend to see their movies, I’m not that guy. But I do like talking about them, thinking about them, and I do study works of them. Rather than consume the neverending flow of comics, I read specific issues and pieces. Thanks to the massive, sprawling megacontinuity comics have become, it’s actually sort of designed to be consumed this way; just as every issue is someone’s last issue, every issue is someone’s first.

Superman occupies in my mind a similar space to most Biblical characters; someone who, when shorn of their fans and the things done to them by people who would use them for political aims, have potentially interesting value, a certain cultural cachet. Ironically, in both cases, they’re Jewish symbols of struggling with feelings of oppression.

I recently heard the comment that Superman is the only major superhero who, when presented with power and a world that could be changed with that power, chose to be a hero because that was the only thing that made sense. Rather than the common arc of characters like Spiderman and Batman, who became superheroes in spite of themselves, justifying costumes with backstories in wrestling or deep emotional trauma, Superman looked at the idea of becoming a symbol, and embraced it.

Another element of Superman is that he’s an outsider. It is entirely possible to read Superman as the opposition to War of the Worlds, where the outsider from a far-away land comes to ours, establishes order, fixes the wrongs with our society from his perfect position of outsider’s wisdom and superior power, then we happily live, integrated and better, but for malcontents who aim primarily to dispose of and dismiss this benevolent intruder. Basically, Superman can be written as a one-person colonialism metaphor. Maybe even a mighty whitey from the internal position.

This is byproduct of where he started where, ultimately, Superman was created by a couple of Jewish writers who were trying to make a character who could speak to their fears of powerlessness. It’s coded down deep in him: he is invulnerable, and hidden. That invulnerability is something very alluring to people who grow up experiencing risks of violence because of their identity. If Superman wasn’t so strongly associated with cisheteronormativity, I’d expect a lot more queer folk to like him. As it stands, Superman is popular amongst poor and ghetto environments, opposed to the more threatening Batman.

These days, the more I look at Superman, though, the more I wonder if the time has come to make him not white.

Superman’s story once was the emblem of white people amongst white people, facing racism because of their beliefs, their values, because of who they were. These days, while antisemitism is still abounds, the character of American racism is one where Superman isn’t really recognisable as a Jewish metaphor. He’s become almost the icon of what America is rather than his genesis as a hope for what America could become. Powerful, and bound by that power; sure of his rightness, building his narrative out of symbols and the shapes of meaning, because meaning itself was too hard. If you want to reconnect with that history, of a young man who did not discover why he was different until well after he discovered that he was different, if you want to draw back that story of someone whose origins are outside but whose character is so clearly of the inside, if you want to write someone who has to know what it’s like to live the life created by a society at war with itself… surely the easiest, most convenient way to signal that, the best and simplest way to show that, is with finally taking away one of the components of Superman that is most of his time: His whiteness?

A white dude from Kansas with superior morals to the rest of the world isn’t really as inspiring a story any more when it’s something politicians have been trying to sell for generations. A lone farmer’s son isn’t an inspiring figure in a nation that has made the farmer into a totem rather than a meaningful character. Everything that once made Superman down-to-earth is now about the symbol of being down-to-earth, which in modern America, is the symbol of ignoring reality and embracing the narrative.

I have seen it suggested that Captain America shouldn’t be white, but that kinda defies his history as a piece of blatant war propaganda.