Okay, this isn’t a pridey thing, but given the number of queer speedrunners, let’s just say it’s queer adjacent. Also, at the time I write this, there’s a very real chance there’s not going to be a Summer Games Done Quick Event, the thing that I, originally was timing this article to go up alongside. So be it all.

Anyway, speedrunning. It’s great, it’s a cool thing, you should check it out because it’s as big as the ocean and you’ll find your own particular little slab of coral reef with weirdo little orangey fish that do that bloop thing with their mouths that you find yourself immensely invested in and wanting to hang around there to see which of the orange fishes are the best at, I guess, getting little grubblins out of the reef and the comparison of observing competitive sport to ecosystem observation isn’t perfect but it’s also more apt than you think it is because this entire thing is so much about where you choose to be. I’m not going to explain speedrunning myself, because a nameless bloodstained rival of mine has already penned that text, and I’m sure we can talk it over when we next meet atop a cathedral with blood staining my fingers and duel not so much for the honour we say it’s about but as much just for the sting and the pain of it all, but anyway, the point is, go click that link it’s going to cover stuff I don’t have time for or the methodical mindset to cover. 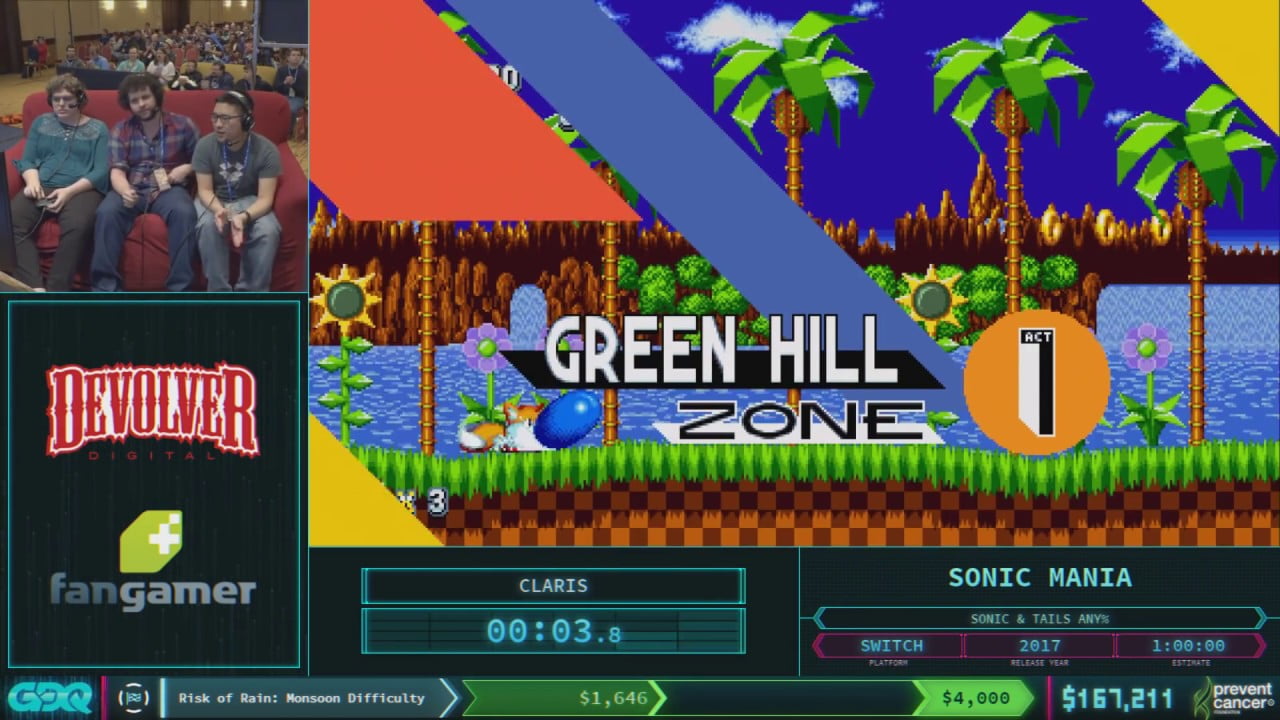 Part of my job is putting what we call text into a position where you can see the lines that connect it to the things that may have been responsible for its creation or things that may help you understand the way that that text in ways it may or may not be intended. The way I describe it to students who are dismissive of the difficulty of the degree is that media studies is merely the study of how literally every human being interacts with every other thing that exists or doesn’t exist. This can be deeply confusing for people who want experts to give them meaningful answers, to be consulted directly and spit out a useful or usable answer, which we kind of just don’t tend to do in media studies, because so much of what we’re dealing with is examining culture which runs on a level that is simultaneously saturating through and yet also the surface that everything else runs on and beholden to their forces in a sort of whole general mish mosh of stuff.

Point is that you come to this blog to hear someone who’s got a lot of practice writing this blog, and by ‘hear’ I mean ‘read’ and by ‘read’ I mean what Marshall McLuahn referred to as making an ear of an eye, which is some body horror shit right there but the point is that that thing I did there where I dropped someone you never heard of but you could look them up on google and be told they wrote a bunch of books and they have a wikipedia page and were probably a skeevy sexist or racist and you don’t wanna necessarily go digging into their books yourself so you’re happy to let me serve as an interpreter because the odds I’m that bad aren’t so bad, that sort of intercessionary media is kind of what I do and when it comes to speedrunning, I need to pull off some impressive bullshit to try and relate this work to a greater academic space in a way that’s funny or engaging.

I’m not about to write a piece like Speedrunning Science, nor my nameless foe’s beautiful introductory and expanded primer, and there are funnily enough not a lot of people who had opinions on how this kind of thing worked, though I think with some minor contortions I could get you to ‘Roger Caillois thinks that speedrunning isn’t a game, but speedrunning with twitch chat live is.’ 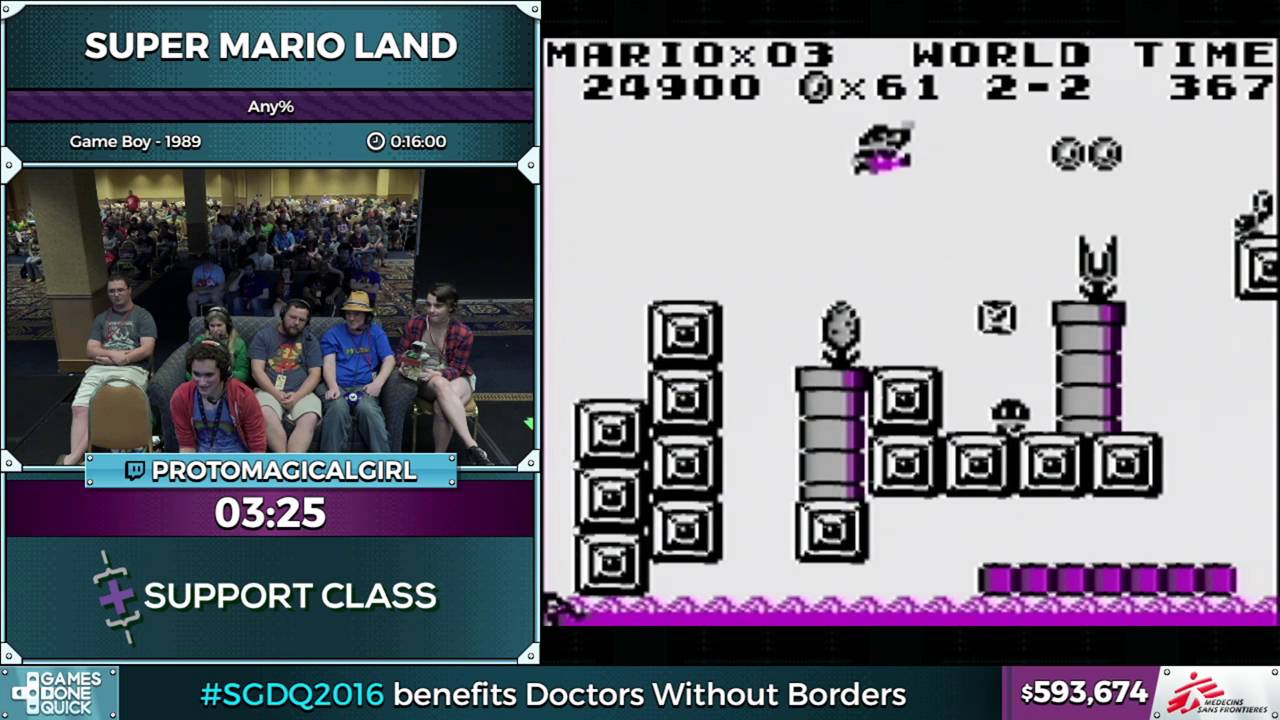 What I do want to talk about though is how speedruns are an interesting form of collaborative art, which may seem a little weird to those of you who watch these events where you get to see a runner executing a run a sort of gamer tribute when we refer to people as the best or world leader or the fastest or next level or whatever wording you favour when you hear these people described as the people who try over and over and over again, missed the first split, break, try again, missed the first split, try again, bad first level spawns, reset, try again, even if maybe you notice the way that every single one of those runners will espouse that their community is literally the best and they’re all so great and this trick, this Greg Egg Trick, all of that, all of that can be seen as a sort of breathless, collaborative communal composition.

DwangoAC, the spokesperson for TASBot, has drawn a direct parallel between TAS (or tool assisted speedruns okay I guess I’ll do a bit of nomenclature), and the historical device of a player piano. The player piano is a machine that’s designed to be played – it’s a piano, after all – but it contains within it a device that lets you feed into it someone else’s composition and let the machine play itself. The composition, the paper you feed into the player piano, is itself a sort of coding for the machinery, and that composition is made by the work of multiple people, coming together to form a rendition that you can replay in your home. 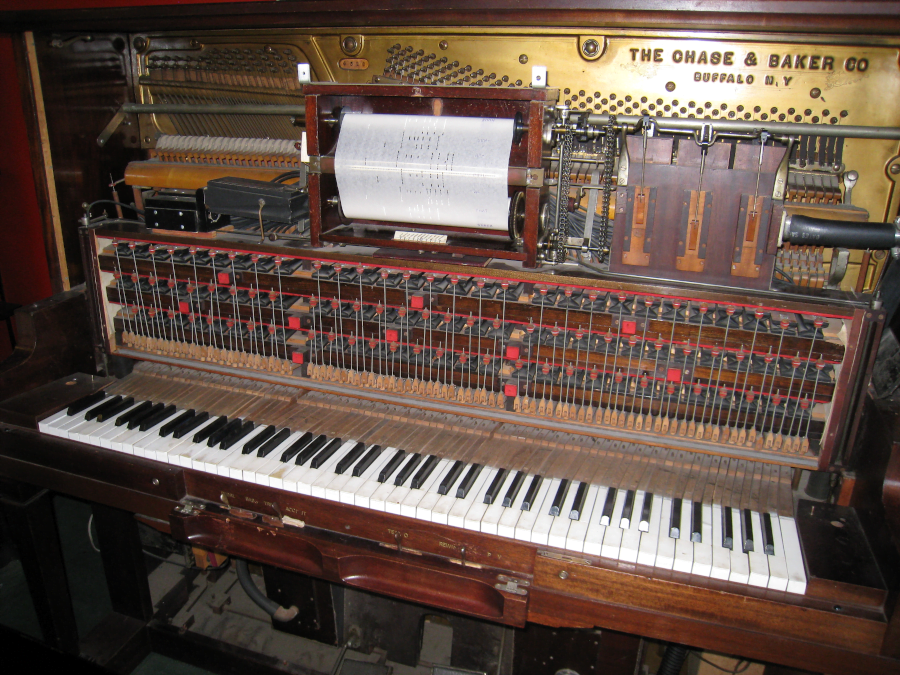 This vision of a machine that plays itself being a form of play is extremely interesting to me, especially as a games studies… person… where the question of what new and weird forms of gameplay even are, with my massively permissive vision of game definition. I’ve argued that players watching a game on twitch and contributing via chat are playing a game (though not the same game as the person they’re watching), it’s just the control mechanism is extremely obtuse, and that they’re playing a game with the person playing the game.

When you’re watching a speedrun, the metaphor of music is applicable once again, because every speedrun is not just the execution of the one runner in front of you but the combined and contributed effort of an orchestra of people who have played alongside that person, encouraging them and showing them techniques, helping them practice, driving them to succeed, filling out leaderboards and showing them what can be done, what can work as the communal effort shaves the techniques and design down, and down, and down, as if you have a composition of a single whole piece, where the orchestra perform it in isolation but each composer is working on nailing down sometimes sections as small and as refined as a single

Speedrunning is cool, and the best speedruns can, for all that it’s a meme, be the product of an amazing community.

Shame about all the gross fuckin’ transphobes though. Don’t let those people be welcome.