This year I tried out watching Dexter, Hannibal and Mindhunters, different series focused on media about serial killers. I didn’t find anything that interesting to talk about in them. Maybe if I was a much better resource, more aware than I am, about the topic of autism, I might be able to draw something out of how all three series are built around characters that are either subtly or explicitly autistic, and then how both series completely fuck that up. Mindhunters was mostly just boring, contrasting interviews with tedious office humdrum and the academic difficulty of getting a real historical book written. Whatever.

The others, the more fictionalised serial killer stuff, and various other movies I’ve tried this year, those are different beasts. Why these kind of stories happen, like why are there series that last for years about these very short-fuse ideas. Why are they appealing, what they do to lure people in, what connects people to the diegesis. I wonder sometimes about it, if the reason I can sort of watch these series without really feeling anything about them. I think the main feeling these shows left me with, as I sat there with a fingertip on the fast forward button, is boredom.

Sometimes it’s a matter of scale. Like, Dexter is a series where literally a new serial killer’s activity kicks around basically every week, and the people involved are trying to avoid the involvement of federal authorities to try and deal with it, while simultaneously complaining that they don’t have the time or resources to take care of these problems which, again, include weekly serial killers. Sometimes it’s a matter of the conception of the things, the self-seriousness of them, the idea that the FBI employs ‘profilers,’ specialists who walk into a crime scene and it’s their job to draw together all the information in a sort of psychic trance. That that’s not everyone’s job, and there aren’t whiteboards of information where people put together whole slabs of possible provable things about motivation and agency. 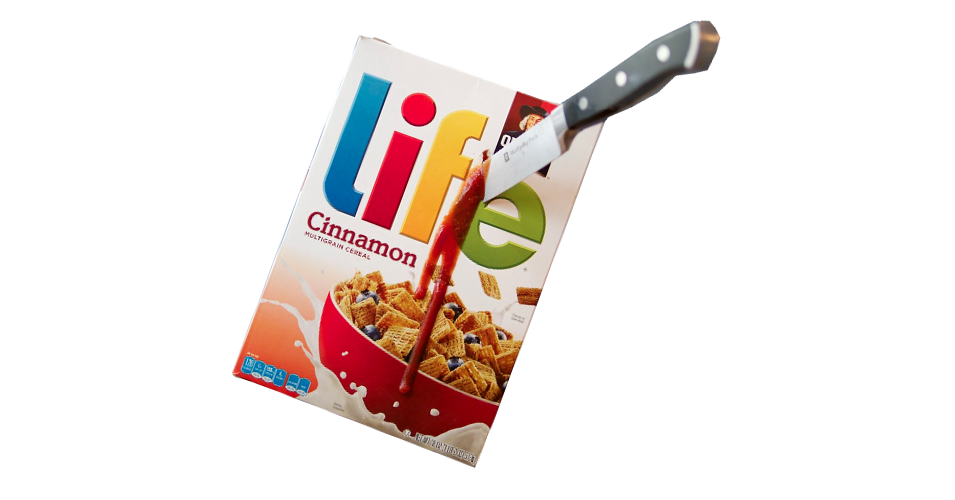 I think my favourite ridiculous thing about Hannibal is that there are numerous cases where there’s nothing in the case that gets solved that is in any way helped by Will Graham’s supposed prowess. It’s just a dude who shows up at a scene, gets traumatised, and then the serial killers get themselves caught on their own. In Dexter it’s the same  deal, where the fact that the police station is basically an overworked office with four people in it. In each case, we’re meant to be watching these impressive interplays of the master inhuman, Lecter in one and Dexter in the other, but it’s just all stagecraft.

There’s a sort of twee titillation about both of them, a sort of almost hum-drum tedious shockingness. Like there’s a really good special effects department pumping out bulk props and able to make fake blood by the gallon, and people are tunining in for these things that are long on mood built around the ‘complex’ idea of What If People Around You Were Bad? How do you build tension around these questions of being surrounded by people who do bad things, who might be quite bad, but are capable of functioning as normal people?

There’s this funny kind of alienation in the horror of it. This conception of ‘what if your every day reality had something horrifying and bad in it!’ which kind of hilariously…  banal. It’s a lot like the idea behind The Walking Dead, where these scenarios that are meant to be horrifying have to come at that horror from a frame of total safety. Like there needs to be a sort of middle class, mid-thirties yawning wannabe prepper-ness to it.

These stories want evil to be something that’s both incarnate and alien, human forms given to the fears for their safety. I mean I still watch this stupid shit, but it’s all a sort of suspense porn. It’s about feeling tense and then shocked, even when there’s just nothing surprising about ‘oh, then this other major character will die.’  They’re ghost trains for adults with really high production values, and the things they can say are spooky are things like people who struggle with dissociation and lost time. You tune in to see if someone you like is going to get out alive.

I’m sure there’s some reason for that.