You’re walking down the street, when a cardboard box opens, and you step out. You immediately impress upon yourself that you are, yes, you, and they need you to get into the box because that’s how the time travel that brought them here works, that you will appreciate it, that you will enjoy it, that you will understand such amazing things when you get in the box.

Get in the box.

GET IN THE GODDAMN BOX.

Time Fcuk is a game about time travel and being in a box.

Time travel is a rich vein for dreadful media, because it almost always removes you from accountability and causality, which is a fine place to get involved in looking at what you’re willing to do and to whom. Now, Time Fcuk isn’t like that, because the only person in the game is you, but the you that exists in the game is able to talk to themself. You never get to be the one talking – but you get to listen to yourself, to your previous and later voices as they experience the warped time of the inside of the box.

Time Fcuk wraps its puzzle platformer – which is a great little platformer, by the way, with layer shifting and timing puzzles and order of operation puzzles! – in an incredibly lonely, uncomfortable question of being trapped in a small box while the only person you have to talk to is you, as you become steadily more and more aware that that person isn’t as stable or healthy as you assumed. 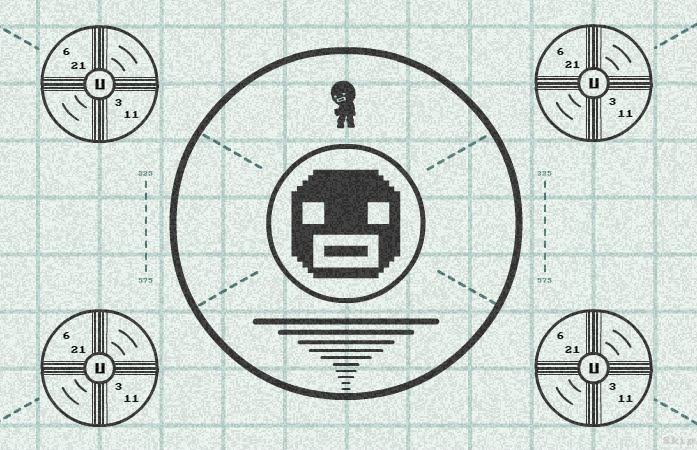 I don’t really want to talk about this work as if it was something someone made, which I know isn’t how I normally do things. The fact is, though, this is an Edmund McMillen work, which puts it in the company with renowned gross-em-up The Binding Of Isaac and kinetic meat hucker Super Meat Boy. McMillen was also involved to an extent in the creation of Braid, and has had his perspective as an artist made the subject of many thinkpieces. After all, he made Cunt, a game that was as much about making a statement about what kind of things he can make games about as it was anything else.

The thing is, there’s talk about what Ed McMillen may or may not be like or what his life was or was not about, but I don’t feel what Ed may or may not have actually been doing with this game matters that much. There’s this urge to find what a person really meant in a work that’s unsettling, which tends to be about trying to find some way to pin down the buzzing fly that is another person’s thoughts, to explain and contain. I know that – when I tell people about the violence in my childhood, the usual response is not empathy or care for me, but to try and rationalise why people would do that. It needs explaining.

Time Fcuk is unsettling. I like how it’s unsettling. I like how it feels. I like how it uses the space that you first see as tutorial and then becomes part of the narrative like a radio in a normally voiced game would work. What I really like about it, though, what really makes it one of my favourite creepy games, getting near the absolutely amazing Eversion, is the way the game spends its time getting you familiar with itself, eases you in, and disconnects you from the speaker and focuses you on the voice. You steadily realise you have no idea who the you you’re listening to even is, and you start to hear versions that don’t make sense.

Eventually, though, you read the note from Steven, and read him, writing to himself, begging him to keep writing, because the alternative is to die and be forgotten.

It’s unsettling to me because it’s literal.

But it’s a literalisation of a feeling that reaches out well beyond the confines of the game.

You can get Time Fcuk as part of the Basement Collection on Steam. I don’t think anything of any of the other games in it, but I think Time Fcuk is really good and definitely worth a few plays if you want a game to take you somewhere creepy.