The Pitch: You’re playing a quest-giver at a local tavern, trying to make sure you hand your quests to the idiots most likely to succeed at it. You’re not the only one, though, and all the other players are vying to lure these adventurers on their particular quests, like a sort of ambulatory workboard. You need to pull together adventurers, earn coin to incentivise more parties, and hopefully get your own ends met by the end of the game. 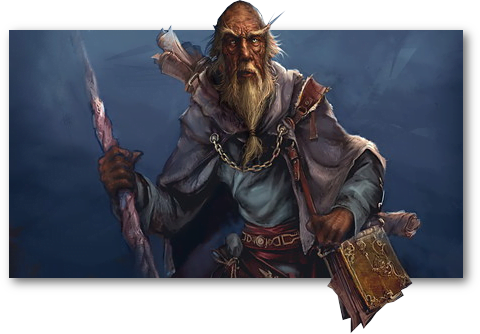 You get a bunch of cards known as Quest Cards. Those Quest cards have some flavour on them, and then a set of symbols indicating what they need to be completed, and maybe have marks on them indicating things they ban (like maybe the quest to seduce the necromancer bans all ‘holy’ characters).

Those quest symbols are also on the Adventurers cards. These cards indicate the kind of thing they can do, and have a card back indicating if that adventurer is amenable to questing alone, in a pair, or as a full party.  They’re arranged in a grid of three rows, like so. 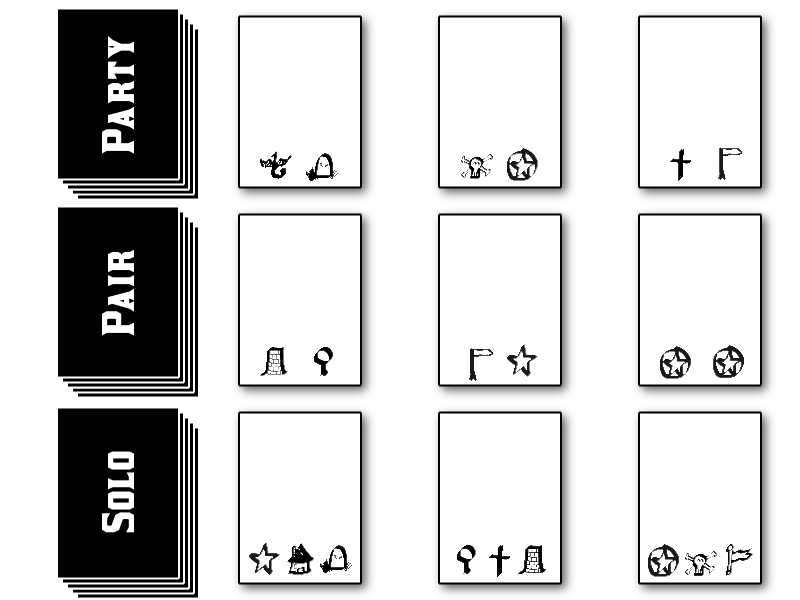 When you use a quest card, the adventurer (or adventurers) head out, and sit on that quest until … some timer. Not sure. Whatever. It’s a turn-based game. When they finish the quest, they return to the bottom of the deck they came from, and you get some fraction of the rewards and quest objectives. You can spend the reward money (hey, you think quest-givers are giving you everything your work earns them) to add to other quests, which means other adventurers are more likely to get them.

This whole game is modelled on Splendour; the grid arrangement, and the sort of economy of opportunities. There may be something like Splendour’s investments, too – maybe some of your quests make all your quests later easier because you have a reputation to uphold.

This game is going to need art. Since I now have a fund of sorts from Patreon I’ve been considering comissioning a bunch of adventurer art, of characters hanging around in an inn, but there’s an added challenge here: I don’t think I have it in me to design some 100+ characters, let alone give them enough to be meaningfully personable without using things like templates.

This has me considering maybe running a kickstarter with a cheap tier that’s just ‘we make your OC into a card and you get a nice high-quality copy of the art.’ I dunno.

At this point the volume of cards has me wondering if it needs to be a tight small-box 120 card game (as I make on Drivethrucards) or if this wants to graduate to be the next big thing as a small-box game that comes with tokens and markers.

If you think this sounds cool, if you think you’d want to chip in for art of your character, or if you’d back it on kickstarter, encourage me, dangit. I don’t know what I should be doing.