This was meant to come up later in the month but since it seems someone at Wizards has made a ‘love’ domain or something like that, we’re going to do it now, I guess.

Now first of all I have no interest in defending or even talking about the 5th Edition Love domain. Lots of reasons, not the least of which being I don’t know the game, and I don’t care. The internet has enough semi-experts shooting from the hip about their personal opinions of the thing I already don’t like is bad, so instead I’m going to swerve around that and use the opportunity to talk about the idea of roll to seduce. 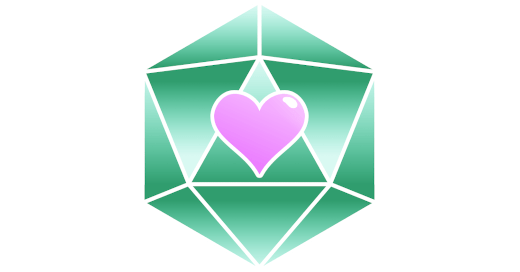 First things first, some quick parameters. First, I’m operating from the position of talking about a dice system like Dungeons & Dragons, which doesn’t have a fundamentally defined roll philosophy (wait, where are we going with this, I hear you ask), and yet people are still generally aware of how they work: You roll a dice, you get a result, result has game consequences.

Furthermore, when I talk about ‘roll to seduce,’ I am assuming – since nobody’s told me otherwise – that this is about players seeking to seduce Non-Player characters. If this is about players attempting to coerce other players’ characters into things that’s a hard line, and you need to stop the game and talk to people about that, because that is a deeper problem.

Finally, while this presents a vision of these rolls, and it works for me, this is not to delegitimise or argue against yours. You may want your games to feature 0 such rolls and that’s okay. What’s more, if someone out there prints this out and tries to read it to you as an argument for why they should be allowed to do these things in your game, please roll it up and hit them with it, for me.

With all those caveats aside, my thinking on how you handle seduction rolls is directly related to what you see the dice roll as being.

The point of the dice roll is to introduce a potential fork in the story and determine whether a thing did or did not work, or if it worked well or worked poorly. The question of whether or not seduction rolls are coercive are mostly predicated on whether or not you see the dice roll as representing the execution or the outcome of the effort of the thing doing the roll. For the purpose of this article, we’re going to refer to that entity as the Agent – usually a player, but not always.

Now, D&D in particular kind of keeps it ambiguous which of these two any given roll is. Sometimes, a game’s narrative works better if you frame a good roll as having an excellent outcome, or sometimes it works better if you frame a good roll as being an excellent execution. Execution tends to work well for if you want to allow players to try things, and outcomes tend to work better for ensuring that the story keeps flowing. This also works for handling nonsense efforts; if a player wants to try and diplomacy a tower into falling over, if the roll represents the outcome there’s some question of whether or not they can roll at all – after all, what’s the best outcome for talking to a tower and trying to convince it to fall over? If it’s execution, the question is instead okay, what are the possible results of you doing a really good job talking a tower into collapse?

Largely, execution and outcome are so close to each other that you can ignore what they do or just hop back and forth between them freely, but it’s still important to consider what they mean when you stop talking about natural consequences or sequences of combat or interaction with good wholesome fun like pinning a noble into a guillotine and instead talk about areas of personal boundaries with fictional characters.

Is it okay to have a character seduce an NPC? At all? Is that a thing? Let’s say we have an Agent named Jay and they want to seduce an NPC named, let’s call them Pizza. We’re not going to try and rebuild the wheel from the ground up and I’m just going to use D&D as a general frame, but like, if Jay’s player asks ‘Can I try and seduce Pizza with a Diplomacy roll,’ is that, in your mind, okay to even try?

Now what if Pizza is a known lover of lockpicks and thievery, and Jay’s player instead says ‘Can I try and seduce Pizza by taking them on a fun casual burglary with a Thievery check?’

If the latter is okay and the former isn’t, you need to interrogate what the difference is. In both cases, a player is making a roll, adding their stats to it, and the end point is Pizza being seduced. Is the latter a better roll because it takes into account Pizza’s interests? And would not understanding Pizza better, listening to them, learning about them and engaging with them be part of the Diplomacy skill?

In many games, the rules aren’t really built with the idea that players can be good at romance in mind. Not that they lack for romance or romantic elements in narrative, but it’s not something they build into the rules. Even just look at how we weasel around the idea of giving an ‘attractiveness’ stat, or types of attractiveness. Broadly speaking, there’s not really a thing for us to talk about game systems relating to whether or not characters are compatible at all, and the approach players choose is mostly going to be something invented on the spot. 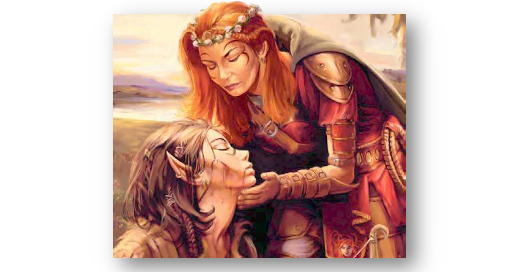 If we accept that it’s okay for a player to roll a dice to try and seduce a character, because characters are people in the world and the dice are ways we handle unknown, unpredictable or ambiguous story spaces, then we have to ask what the dice roll means when considered as outcome or execution.

If it’s execution there’s definitely a non-conny, pick-up-artisty way of handling things. The idea that seduction is the matter of applying a skill, and the difference in result is determined only by how good a job you did applying it. That’s not to say it’s the only way it can work – remember, skill systems are abstractions! – and if a player presents their skill check in terms of listening, understanding, and finding common ground, then that might not bring that same tone.

If it’s an outcome, though then the character’s method or how good a job they did on it is entirely ambiguous. It might be a dorky little meeting, and the character’s intention may not be to seduce at all. If you view it as an outcome-driven roll, a good roll might indicate that these characters are compatible, and you can dig into explaining why, and if it’s a bad roll, it might just be that those characters aren’t compatible.

Now, to come back to our Diplomacy a Building down, there are times when no matter how good a thing you try, the outcome you’re aiming for may be literally impossible. Then, there’s an added complication, because in an execution based paradigm, the details of the subject don’t relate to the dice roll – you’re trying to do things to the best of your ability.

Basically, when it comes to execution based seduction, you run the risk of it being an ultimate example of the unsolicited dick pic. I rolled a seventeen, please respond. If you’re handling it outcome-wise, you can lead, when a player says ‘I roll to seduce ‘ with ‘there’s no outcome where that happens,’ and you can move on. You don’t even have to out a character, you just get to cleanly say ‘no.’

If you don’t want to do that, and do want to let the player roll, then think of the seduction roll not as a seduction with a guaranteed outcome option, think instead of character intention and then how you can use that to create something interesting. There’s a certain Hangover-style comedy to ‘a failed seduction means waking up in the desert wearing weird clothes,’ and you can do that if you want, but it’s just as much possible to represent a ‘failed’ seduction roll as maybe the actual incident happened, the characters wind up doing a smooch, but the other character gets something they wanted instead.

There’s a lot of room for handling this between the binary of ‘this is never okay’ and ‘this is so convenient and common it’s weird.’ Either way, I think it’s very important to make sure players know ahead of time whether or not they should bother rolling, that players aren’t left getting the potential for ‘good rolls’ and trying to explore the game to get nothing, and the best way to fix that is, always, going to be communicating with players.