And now this time, because you on the Twitters voted for it (whether or not you realised you were voting for it specifically), this month’s choice is the elegant mind dancer Pokemon, Gardevoir. 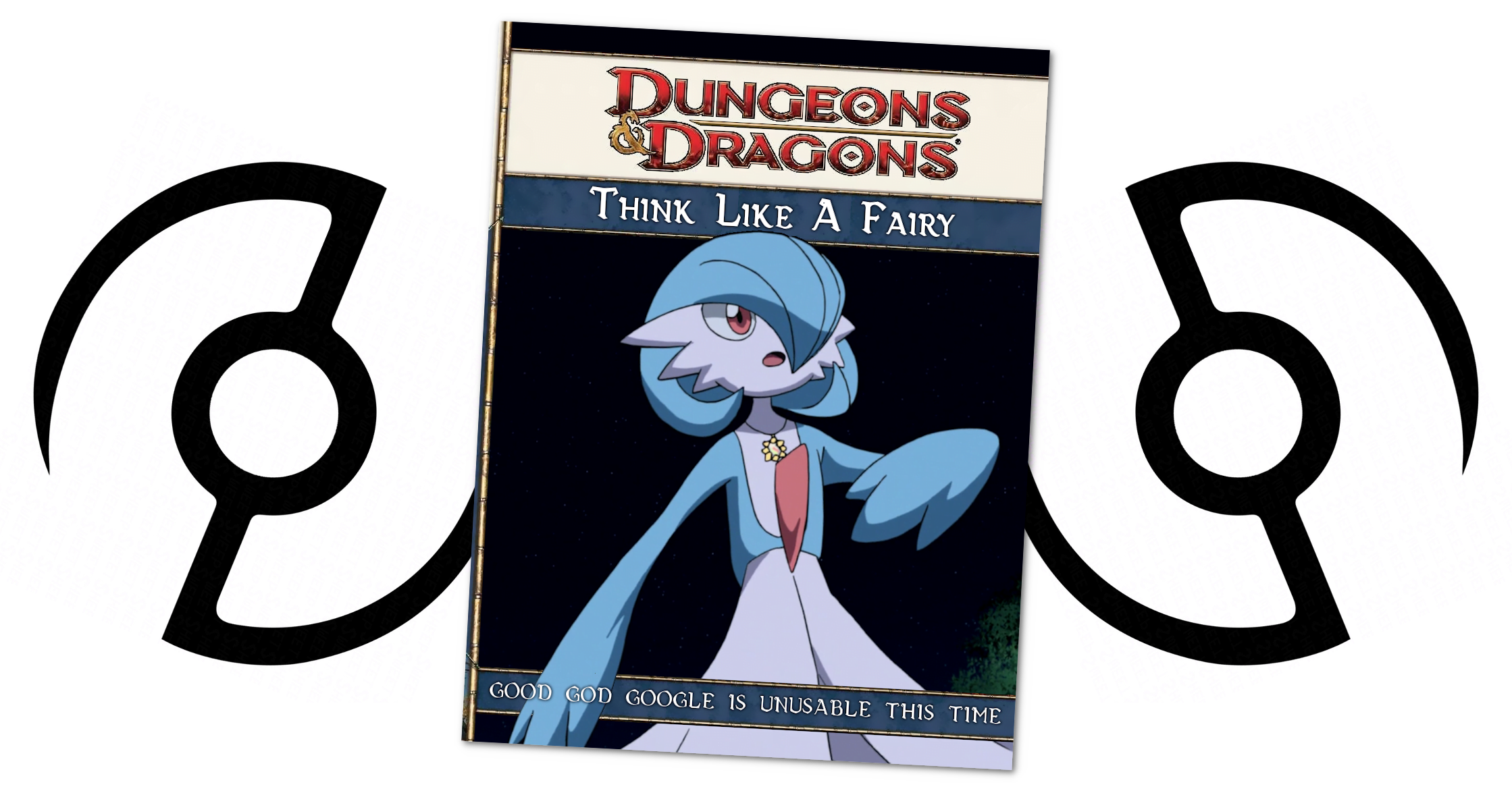 Well, this is different, isn’t it? Normally when we approach this question, we start by looking at a person from a specific story, but instead now we’re looking at what, for lack of better terms, is more like a species. And that normally in D&D wouldn’t be necessarily reflected in the kinds of thing you do (your class), but rather in the kind of race you pick at the start of things. That’s going to be the lion’s share of this one.

Gardevoir has been a fan favourite Pokemon and that’s come with a huge pile of constant updates! Gardevoir has a forked evolution, Gallade; it was given a second creature type after it was already pretty solid; in terms of Pokemon abilities, it can do almost anything, really! There’s some heal support, self-healing blocker duty, walling powers, taunts and manipulation powers, telepathy, and elemental muckery. There’s a lot of things Gardevoir does do.

A thing it struggles with is too much physical confrontation. It does have Zen Headbutt, Shadow Sneak, the Elemental Punches, Headbutt, and even some fighting techniques, but broadly speaking, Gardevoir doesn’t tend to use a weapon. It doesn’t look very heavily armoured, either – it’s wearing a gown, really.

With that in mind, we can be confident in these parameters:

This paints an image for us. We’re probably going to go for something that doesn’t use weapons, doesn’t wear a lot of armour, and probably ties into psionics or fey power sources one way or another. 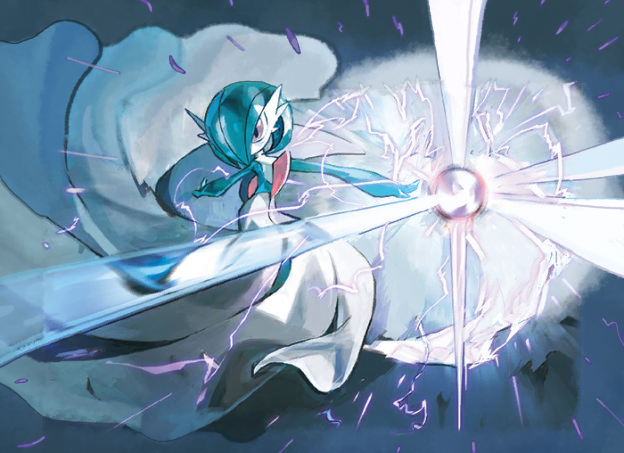 Normally, Option 0 is for when we need to talk about some big thing that affects the whole of the build going on. In this case, Gardevoir has a big one: What race do you pick?

Pokemon aren’t like normal D&D characters, not generally. Oh, sure, they advance through combat and have stages of progression, but when you evolve as a D&D character you don’t generally get major transformational threshold. No actual race in the game looks exactly like a Gardevoir, and while your thematics are your own, the nature of Gardevoir in Pokemon is that they’re a whole species of monsters that have a bunch of common abilities.

The race choice informs your class choices, too! It means getting something that works here is pretty important! Way I see it, you have four options, ranging from the least interesting to the most interesting in this space.

Now this last option is the most desireable for me because it creates the least friction. No DM has taken care of everything, even if they want to pretend they have. Your DM might have the policy that ‘every race that exists has a space,’ ala Eberron. Now, that’s reasonable – after all, the game is built around this kind of thing, of always being able to find a place for something, even if it isn’t necessarily as important seeming as it looks.

The wrinkle with all this is that you don’t want to pick a race option that kicks you in the butt or that makes lots of special demands on your DM. You don’t want your Gardevoir character to feel like the Elf in the party, but you don’t want to go to a race that has no real support options to help build your character in a way that feels like they belong to that race. Typically, the most popular races are the ones with the most support, and that support brings with it detail, and typically power. If you pick a race that’s mostly alien to the setting, it’ll probably be a race that also doesn’t have much mechanical support – stuff like the Bugbear and Bullywug, for example.

This is a good example of a problem that’s kind of occluded. You need to have an idea for the way you want your Gardevoir to feel , so you can make informed choices about your race. You need to know how your race options might work so you can guide that class option towards the same place. Effectively, you’re trying to tune a radio with two dials which

now I say it

I realise what that long-ago misunderstood metaphor was about.

Anyway, your race options are pretty limited, but after some consideration, the places I’d start are with the Shardmind and the Wilden, two races that despite being supported in Players Handbooks, are largely forgotten. Neither race is a real powerhouse, but they have enough options that you can find some things to do with them. Wilden are fey, and can make decent Invokers and even do some cute stuff as a Battlemind. Shardmind are definitely inhuman and capable of teleporting around, which can fit with the theme of a Gardevoir and maybe even leaving behind a lot of weird mental static. Finally, for the ultimate ‘look like how you like,’ the mechanics of the Changeling do the job. You could talk to your DM and ask them if it’s okay if your changeling is a Gardevoir, but they’re using psionic powers to make people see them as something other than an elegant floatything. The look of a changeling under the disguise is, after all, very much up to you.

This is how things wind up going when you’re exploring this kind of challenge, mind you. You’re just not always going to be able to find something that works perfectly, and the trick is looking for something that feels right enough. In our discussion of Corvo we got a lot on teleporting, and in our conversation on Thor, we had to talk about her thunder powers – but here, Gardevoir’s biggest challenge is coming in before that!

With that in mind, those three race options aren’t so bad to pick from, so let’s see what we can do that fits. 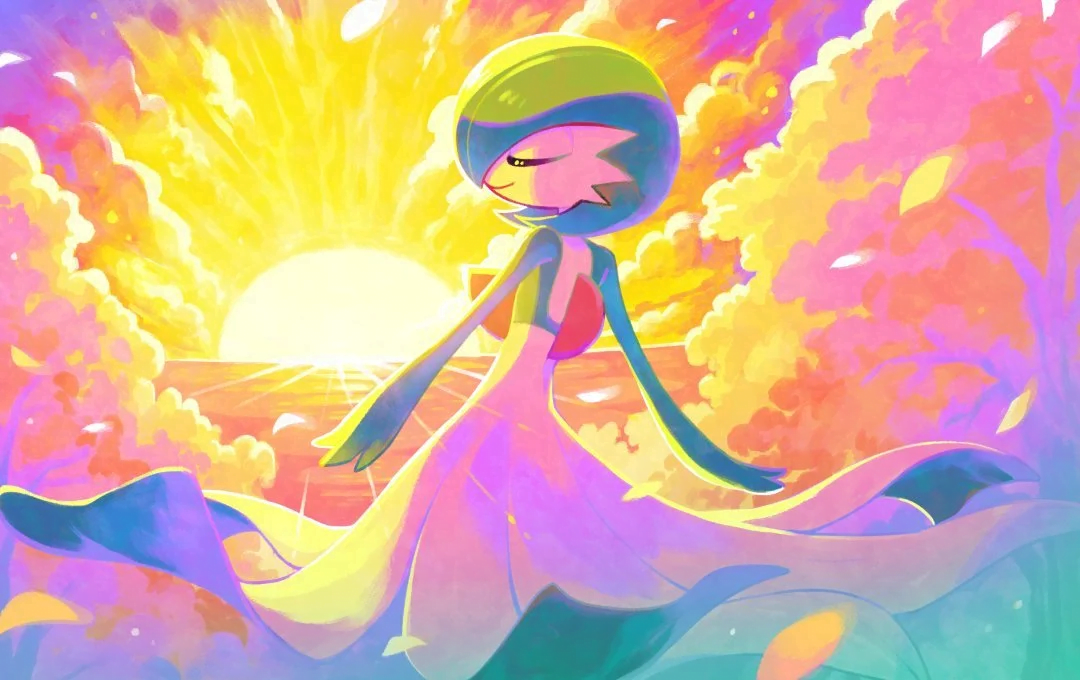 We’ll get to the psionic stuff, chill for a bit.

The Invoker is a really strong, by-the-numbers controller. It wants wisdom, and Wilden get wisdom. Invokers don’t need support from racial feats to do weird and wild things, and the Wilden race options let you mode change from rest to rest. The biggest reason to go here is this class is simple and behaves. You don’t need to manage power points, you just get dailies and encounters and there’s not a lot of fuss when you build them. Indeed, at the risk of sounding mean about it, if you make sure you pick Rain of Blood, chances are you’ll be able to do most of the job of an Invoker because that power is really good. Rain of Blood had its damage cut in half and its area cut even smaller and it’s still really good.

It’s even untyped, so you can make it like drops of moonlight!

Now, one thing, and it’s kinda silly, but it’s worth mentioning, if you ever do get to Epic, the Wilden can take the feat Fey Shift – which lets you turn your movement into a teleport. Which… well, check out Corvo for ways that can wild out.

Oh hey, you know you’re a real Pokemon when you have four attacks, right?

Joking aside, I like Psions a lot. I like them in part because they can build themselves around a ‘default turn.’ You build the character to work with Dishearten, which is an area attack that imposes a tohit penalty. By default, you plan to Dishearten every single turn, imposing this penalty, and any turn where your more specialised tools can do a better job, you do that.

This is really good for feeling like a psychic mind blasty type out of the box! Your class is also full of options, and your racial power can be used defensively. This is just a solid, basic option.

Now, here’s where things get wrinkly.

See, Gardevoir does have the option of healing itself and others. It’s a little shaky, but there’s definitely some ‘healery’ aspect to the critter. That means that you probably want a leader option, and the Ardent is a psychic Leader, so that seems a easy place to go, right?

The tricky part comes from how Ardents need weapons.

Now, this isn’t hard for me to overcome. Talk to your DM about theming your magical weapon as being for example, a line of light, that strikes people near you – Gardevoir’s Zen Headbutt, after all, works by building up energy between them. Radiant weapons work really well for this, too, and hey look at that, that’s a whole other synergy package!

Then… uh. Well, Ardents do get decent armour?

At this point, we’re a few steps aside from where Gardevoir feels most ‘home’ to me. This is a build I’d want to do, and I’d definitely make it look like a Gardevoir, but I’d understand if someone looked at me sidelong and said ‘I Don’t Choose You.’ 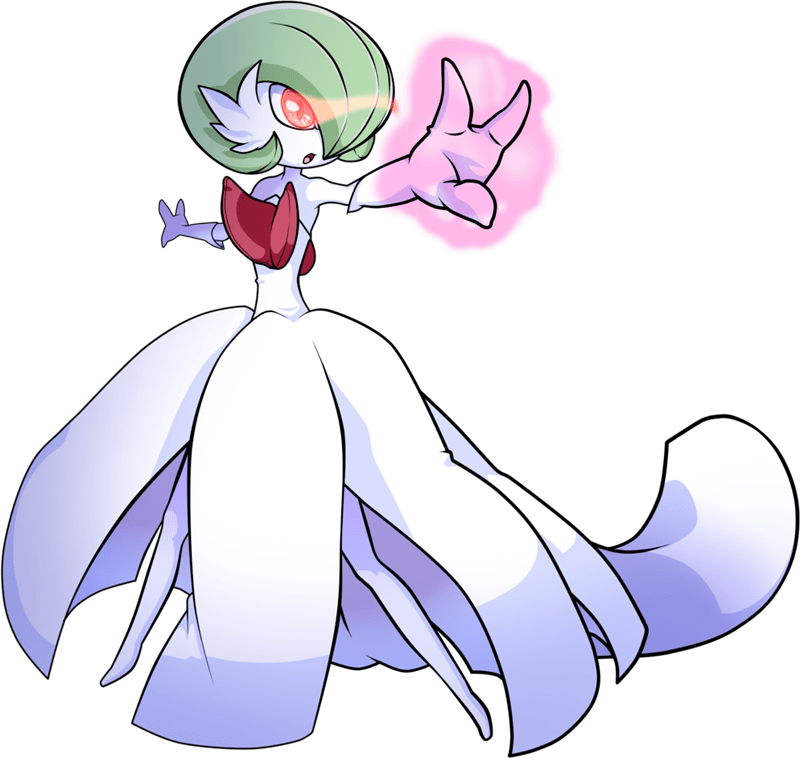 There’s some other stuff mixed in here. Battleminds, for example, work as big brawly tanks and can even make a thing out of using superior bulk to beat opponents down, but that feels more Gallade than Gardevoir. I suggested using Gallade for some of the options here, to Fox, and she laughed at me. Laughed!

Another option if you want to play with fey stuff is a fey pact Warlock? But that’s going to be even more steps away from where we started, since at that point you’re dealing with curses, and summons, and stat diversity takes you in weird places.

Hopefully, this is a useful take for talking to your DM about getting really off-the-wall aesthetics to work with your character and your desire to look like you could use Pokemon Fanart for your character images. 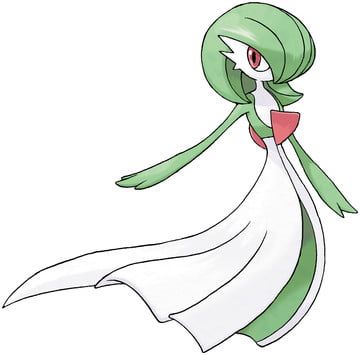