Risk of Rain is a platform game where you play an alien dropped on a planet. It has procedurally generated levels, a huge variety of characters, and a core, highly rewarding gameplay loop. The game modes can be customised with a bunch of unlockable buffs called ‘artifacts’ that reward you exploring each level you get into. Each level has boss monsters of a particularly large scope, and the game’s difficulty ramps up on a timer. Time spent exploring will typically reward you with more stuff, but more stuff makes the eventual waves of enemies that spawn towards the end of the level harder. 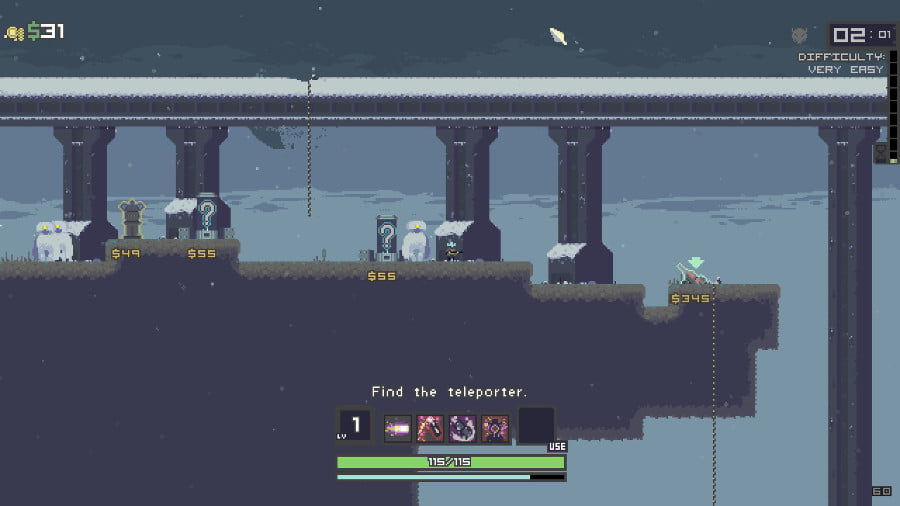 The game has playable characters that eat enemies and gain powers, it has rolling and tumbling movement, it has ranged attackers and melee attackers, and despite playing it for a few years now, I haven’t even managed to plumb its full depths. It’s an excellent, responsive, fast game, whose biggest problem is probably a steep difficulty curve and its camera positions you somewhere around low earth orbit, making the delightful chunky pixel art kinda tiny.

Risk of Rain is really good! It’s a good game, and I like it a lot, and I recommend that you check it out. It’s on sale regularly and it’s not expensive when it’s not on sale.  You can get it on Humble or Steam, and the developers are making a sequel, called helpfully, Risk of Rain 2.

And that’s it as a game review. I mean, you don’t need that much space to know this game is pretty damn cool. 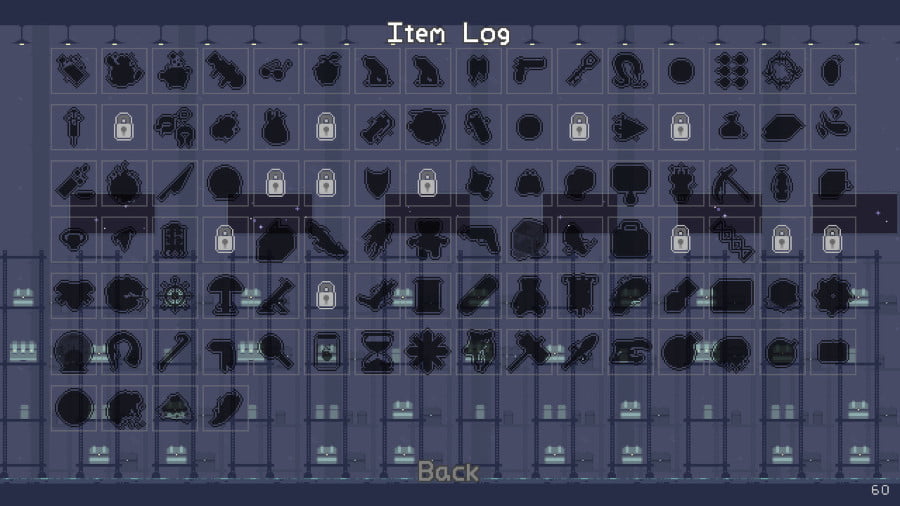 What more is there to say about Risk of Rain? Well, I used to use the fact that I played a game a bunch to be a good sign that I didn’t hate it. I played a lot of Fallout 3, but that’s a game that even now I look back on with some degree of antipathy. I played a ton of Fallout: New Vegas, and I think more fondly of that.

Part of the challenge is that time spent with a game isn’t actually a factor in that game’s quality. I’ve played The Swindle for 800+ hours, but that can be seen as my need for a meditative game while dealing with emotional struggles. I’ve played One Must Fall 2097 for probably more but that’s what happens when you have almost only shareware games and a friend circle of zero across multiple school years. What generates long play time is not the same thing as what makes a game immediately engaging.

Do I really want to recommend for you a game based on it eating that much of my time, too? I mean, I’m really good at The Swindle, possibly one of the best players in the world at it, so all the little inconsistencies it has and the way its early modes are grindtacular before you’re skilled at it

Risk of Rain has a bunch of interesting features, but they are features that don’t really mean anything until you’ve played the game a lot. The difficulty setting, for example, encourages you to become familiar with break points in time – you choose when to summon the boss at the end of the dungeon, and once you do that, there aren’t any more enemies to fight but the boss, so you might want to fight the boss early (when you have less stuff, but also when the boss is weak), or you might want to explore the level thoroughly (in the hopes of keeping up with the boss’ special abilities).The game distributes random power-ups to you and they can really change the way you work – lots of powerups add offensive abilities and new powers to you, but they’re (usually) randomly distributed.

Alll these things that may happen, the procedural nature of the level generation, the randomness inherent in the game style means that Risk of Rain is full of experimentation. And if you don’t have the time or interest in experimenting, you might hate it. You might bounce off it. That’s not on you – that’s just how games are for some people. You glance off media that doesn’t work for you.

Is there some deep, impossible truth at the heart of Risk of Rain that you want to explore, that you have to get to, to be part of a greater conversation? No. All you get out of plumbing into Risk of Rain is more Risk of Rain. Logs and snippets of information from a world barely understood, vague impressions of enemies, an increasing roster of a small number of characters, presenting you with sometimes encounters like you’re fighting another player, and sometimes mysterious puzzles you have to solve with a really limited interface.

It’s a lot like a Souls game that hasn’t been pumped full of fan culture. 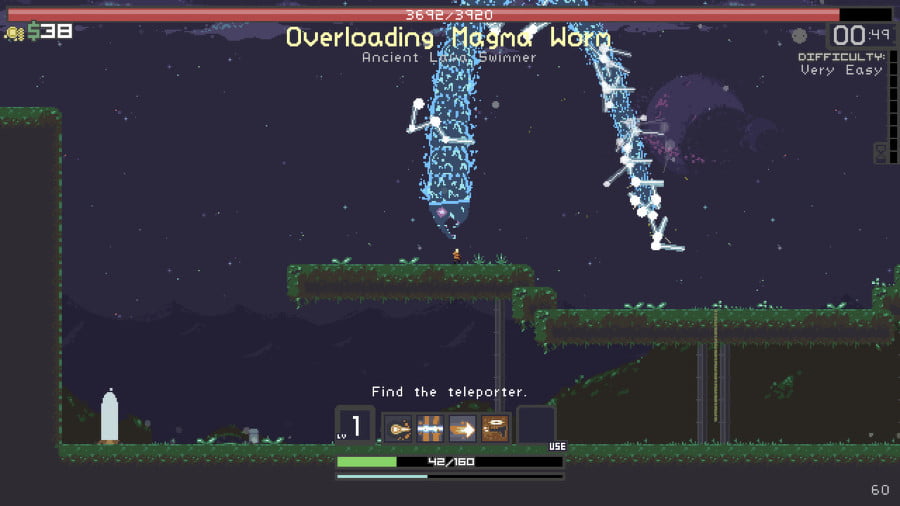 Two years ago, I remember sitting down, looking at my little pixelly loader punching aliens with big chunky punch-fists and thinking to myself, you know, it’s weird I haven’t done a Game Pile about this game yet.

Throughout the weeks, the game got bumped, repeatedly. I mean, I never had anything that much to say about the game but that it was both good and an indie game jam game that went to Kickstarter and became something of a Steam hit. Right now, five years after the game’s release, the game still has something like 1500 active players, which is a lot.

Why talk about it then?

Well, part of the question is why talk about anything, of course, and that’s just generic existential angst, right? There’s stuff I do that you may think I do because I always do it, but when it comes to my posting on my blog, it’s always a choice. I choose to keep working on a stockpile of, well, stuff.

I’m trying with Game Pile posts to minimise times I might bring your attention to something you hadn’t heard of, and say that it wasn’t worth your time to notice. Inasmuch as I have a platform, it feels really dickish to use it to say ‘Hey, here’s something you’ve never heard of, and it’s unremarkable in badness.’ Once, I had the notion that every game is interesting and while that’s true, that doesn’t mean every game is interesting to hear me talk about it. There was an aspiration at first that the Game Pile would parley into work as a games journalist, and that it would serve as a long-form diary of my experience dedicating myself to finishing my Steam library. Neither of these things are true any more – I write about games because I want to write about games, and I want to show you things I think are interesting in those games.

What’s more, I want to avoid criticism that’s too blatantly negative. Not because that kind of criticism is in any way bad – I think it’s actually really fun to write and fun to read. The problem is that it’s easy. Creative cruelty impresses on the mind and can draw out laughs, but in the end, I think that when the time comes to be properly mean to a game it’s done best when the game has angered me, rather than as a general mood.

I want Game Pile to be engaging, I want it to be about games, and I want to spend as little time as I can just telling you this game exists and it’s a bit meh.

One thing I think I’m going to do going forwards is try to make some bulk good lots. Just a few Game Pile posts a year that mention a handful of games that were kind of fun, kind of good, or how I checked out of them and why.