At some point in the past two years I really did shift my attention as a writer from let’s take videogames seriously to let’s take games seriously, and part of that was an appreciation for tabletop and board games. Videogames were fast on track to become the biggest industry in the world, and the people loudly proclaiming they wanted more, different takes on videogames showed me that even if they did want them, they didn’t want them from me, since they’d much rather renew arguments about ‘are games art?’ and make fun of Ludonarrative Dissonance for being a long term.

Let’s be clear – at no point since this blog existed have I not been playing tabletop games. Mostly, what I’ve been playing have been RPGs and CCGs, but I’ve still been in those game spaces. But it wasn’t until a year or two ago – when I realised the boundary for making board games was so low that I could just jump into it, rather than needing to cultivate a new skillset like code.

And one of the first games I got to watch played, that blew my mind as a maker was this. 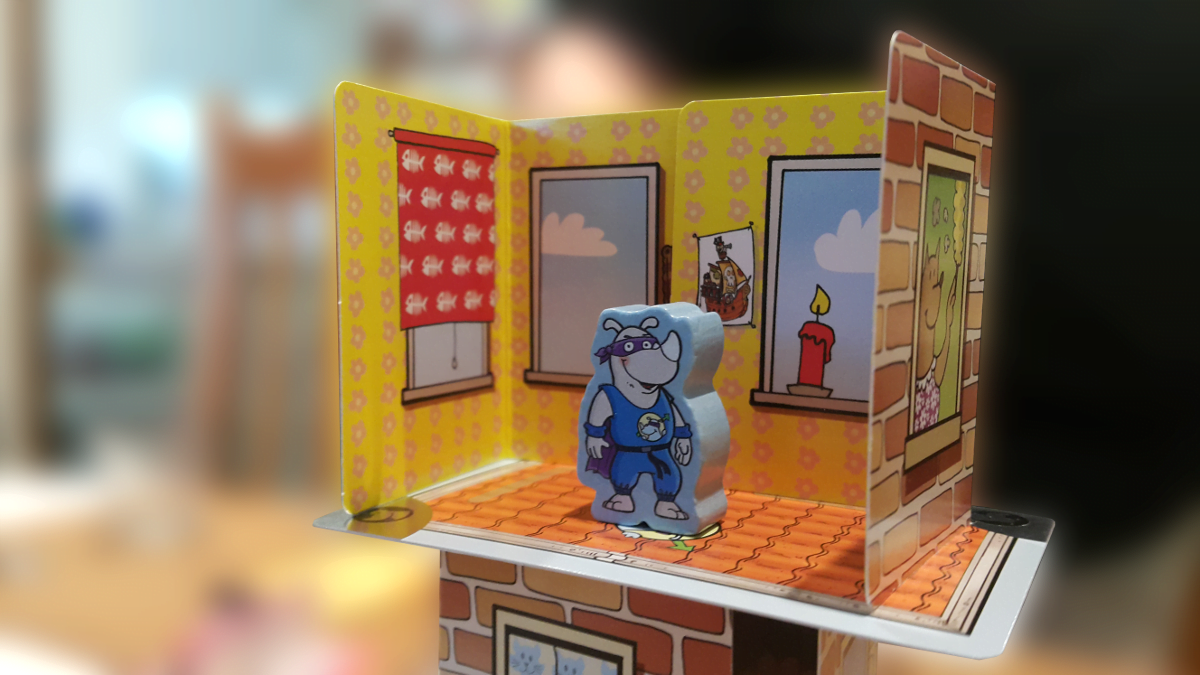 Rhino Hero is a tabletop card game, but it isn’t about shuffling and snapping. When you get your copy, a number of the cards in the box need to be pulled out of a shrink-wrap sleeve and folded in half, made to flex along a crease. These are your wall cards.

The other cards in the deck, slightly larger, and with nice, crisp edging, are your floor cards. Floor cards show the shape of walls they can hold – sometimes a pair of square corners on the outside, sometimes a single ^ shape, sometimes a pair of >> shapes. On your turn, you’re going to place wall cards trying to fit in those shapes, balance another floor atop them. That’s your turn, that’s your game loop. You want to put all your cards from your hand into the tower you’re now building, which is how you win… but if someone tips the whole tower over, that player loses.

Well why would someone tip the tower over? Sure, it might be a bit difficult to place things on top, but you’re not having to touch the already-made tower, right?

Well, some of the floor cards do things like make people draw cards. Some of them skip players’ turns. And some of them have the symbol of a rhino on them – meaning you have to take the rhino hero token, a solid little wooden unit of a rhino, who is a hero, and put it on that tile.

You have to take the rhino from wherever the rhino is.

So… when you place a rhino on a floor, you have to know someone is going to have to take that rhino later. You know what floors you have yet to place. You know you can later make someone else place the rhino. Which means you’re incentivised to make sure that the rhino placement is as awkward as possible within that little box you’ve made.

This gameplay loop continues until someone pushes too hard or bumps it or the rhino movement is a problem, and – 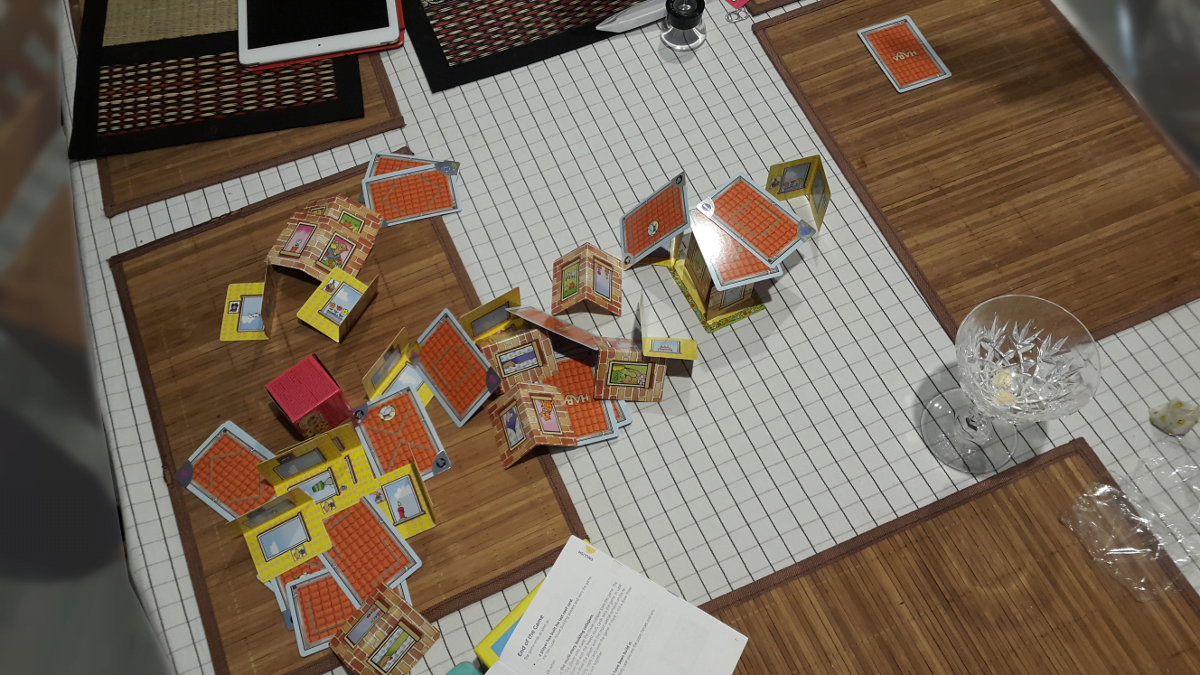 It is absolutely a game of manual dexterity. Shaking hands and nervous giggling make it harder. Straight up, do not expect this game to solve that problem for you. If you look at a game about balancing cards on cards, and think ‘oh no, I wouldn’t enjoy that,’ trust that instinct. But if you look at a game of Rhino Hero and think ‘oh, that’d be easy,’ step up and find out how wrong you are.

I’ve bought it twice now – once for my mum, and once for my sister because they’re both schoolteachers, and guess what? Rhino Hero has gone to school with them now. And Rhino Hero is a blast, every time. Maybe it’s hearing my mum smack talk me about how my Rhino placement is weak. Maybe it’s watching my nephews light up as I pull the box out.

It’s also a rare example of a board game that kids can play that doesn’t break when a kid is playing. Kids are going to be able to manage to hang while it’s building the tower, and they’ll usually be good enough at the basic skills required to play that they might not lose. They also won’t make decisions that mess with the game at large, the way they do when they play more strategic games. You can play this game with a child and it’s fun, and you can lose this game to a child and it’s still fun.

There is one last problem with this game, in that you are kind of playing reverse Jenga. If that kind of game structure stresses you out, if you freak out or get stressed… it will definitely get worse.