This isn’t about Peggle. 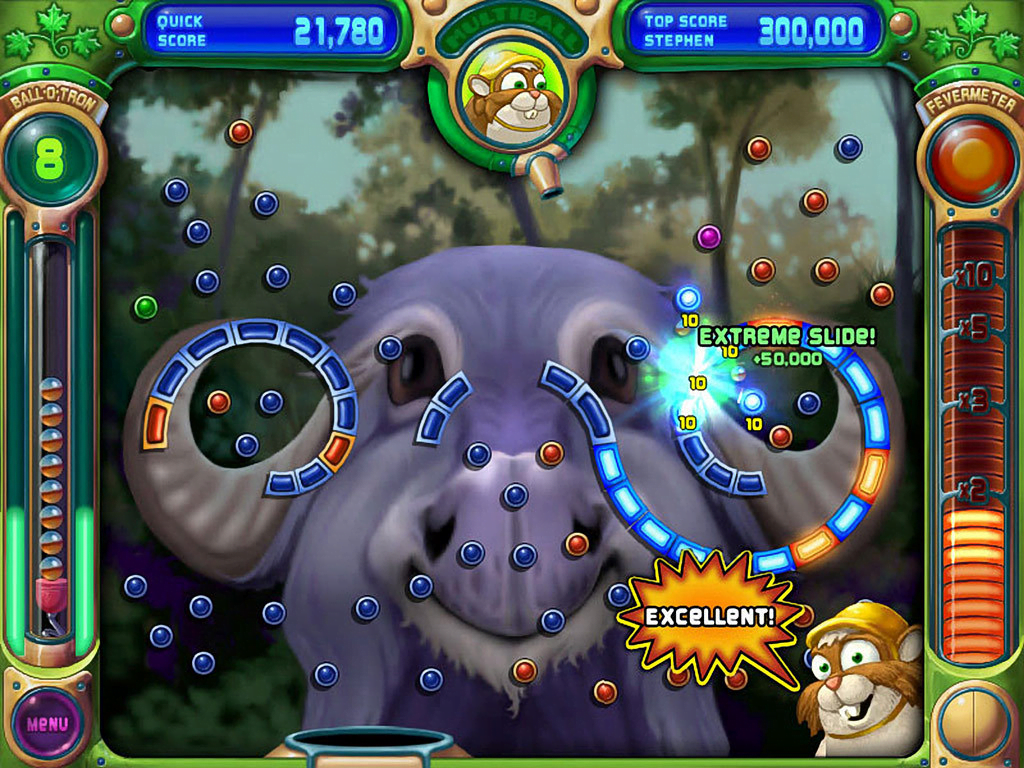 For those who aren’t aware, Peggle is a casual puzzle game, where you shoot balls from the top of the screen into a field of pegs, trying to hit a certain number of pegs that guarantee victory. The game first came out in 2007, and has had a few sequels and iterations, including a Peggle Nights and Peggle World Of Warcraft Edition. Peggle has a neat little gem of an idea in its design, where you’re working out shooting solutions to try and hit targets, but any shooting solution you make literally can’t work a second time in the same way, because the pegs you hit disappear before you can make your second shot. It’s a great little idea. It has been downloaded over fifty million times, and one of the reasons it was downloaded so much was a demo packed into the Valve Orange Box (home of Portal and Team Fortress 2 and Oh Yeah There Was Meant To Be More Half-Life).

You almost certainly own a copy of Peggle, and if you don’t, I bet signing up for an Origin account will bequeath one upon you. Peggle is everywhere. 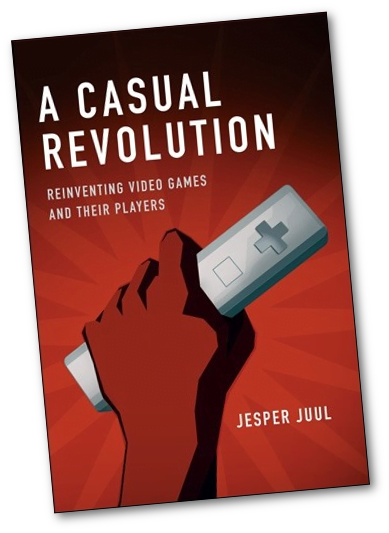 The Casual Revolution is a book by Jesper Juul. It’s a pretty good book, I like it well enough (though I haven’t had to read it thirty times, and that will always damper your feelings about a book). He doesn’t use Peggle as his example in the chapter I’m talking about here – he uses Puzzle Quest. It came to mind as I wrote this description of Peggle, I popped the book open and found, to my surprise that no, it was a different high return casual game. I mixed up the two, but never felt that any of the examples I remembered from the book worked against Peggle.

Which says a lot, really.

In chapter 3, titled All The Games You Played Before Juul describes the success of casual games, but also the way that gamers reacted to these games. There’s an interesting conversation to be had here about the idea of player logic (hat tip to Mia Consalvo), where Juul brings up the way that players treated these games as made up of other game-bits, and therefore somehow lesser. The notion was that because self-styled hardcore gamers could see the way these games ‘worked’ they weren’t ‘real games.’

This is an argument that’s still going on now, of course; with last year’s Diablo stupidity, we were treated to the retread of this game isn’t a real game, and offering it is insulting to us. It’s an old, silly argument, it’s a bad argument, and it inevitably works by asserting this hardcore gamer audience has a greater position of information, a better ability to judge what a game should be than anyone else. This tends to be incarnated in terms of we pay your salaries, which is cute, because a lot of the time, hardcore gamers pay the salaries of executives who produce no meaningful value for the games they think they care about, but let’s play their game for now and assume that market success is a measure of quality.

Back when Puzzle Quest and Peggle were the hot source of contention, and when Juul was writing about this casual revolution, gaming journalism sources were stuck, trying to explain how these games – these very successful, popular games, games that the market had decided were ‘good’ – were somehow good despite their not matching the self-image of the Hardcore Gamer’s vision of what a game ‘should’ be like.The book says it, quoting IGN:

be not ashamed of your love for jewel swapping.

How pathetic is that? Not just that you could be ashamed of enjoying a mechanic, but that you might need the exhortation of an external source to do it. And it was a legitimate fear from IGN – they had to deal with people sending them rude letters and comments about how the idea of treating Peggle and Puzzle Quest as ‘good games’ was a sign that they had ‘abandoned journalistic integrity’ and ‘lost their goddamn minds.’ 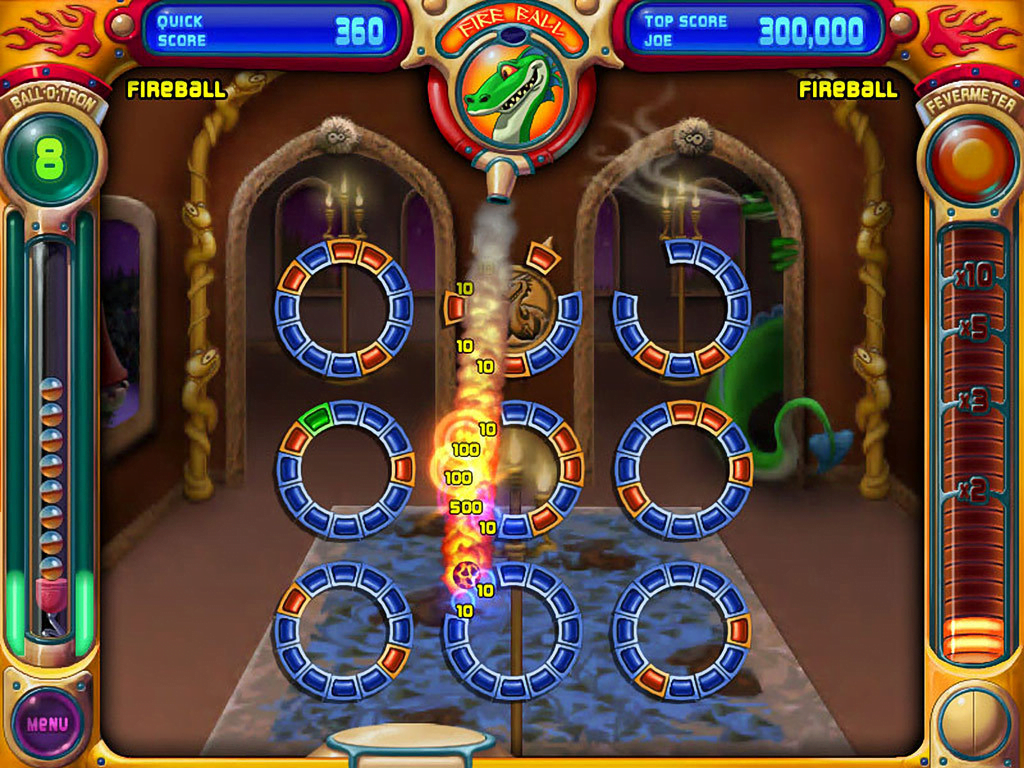 What’s this about, really?

Peggle, and its whole genre of games, is a sign of a real mental illness in the gamer culture. A damaged self esteem across the whole identity space. A self that wants to assert that we’re cool, we’re cool, no, it’s not embarassing to like games, we’re cool now. We make money.

We’re still not over it. We’re not over being not cool. And we make up our own rules for what’s cool, and then we try and assert that coolness over our interests. We are literally trying to force our culture to be something, even if it means ignoring what the culture is.

But Peggle was really good, by the standards of the market; it sold really well, and it kept making profit, even when its price kept dropping, and as a free game, it still pulls in people to playing games. Peggle is a conversion tool, which again, if you view videogames as a marketplace where people make choices and the best choices are represented by the most people choosing them, Peggle is a pretty important, pretty impressive game.

I think this way of viewing ‘success’ in games is pretty silly, but, as with the whole conversation, we are somewhat limited to the areas of common ground we can agree upon. I suppose I could just expect everyone to agree with me, and use that bounding box as my markers for success and failure of games, but if we did that, then what would be the point of saying anything? You’d already know what I think and how right it is.

Fact is, Peggle was part of a revolution that even now, twelve years later, games are trying to pretend didn’t happen. We’re still trying to keep it out. We’re still gatekeeping.

Even here, on my own blog, which I know is only going to be read by people who know me, I still couch things in careful phrases. I’m still reluctant to say things as I feel them, because I’m still being careful about the way that I think you might feel they should be felt.

It’s a strange culture, where we all hold ourselves hostage to a very, very silly idea.