I found this game in a skip. 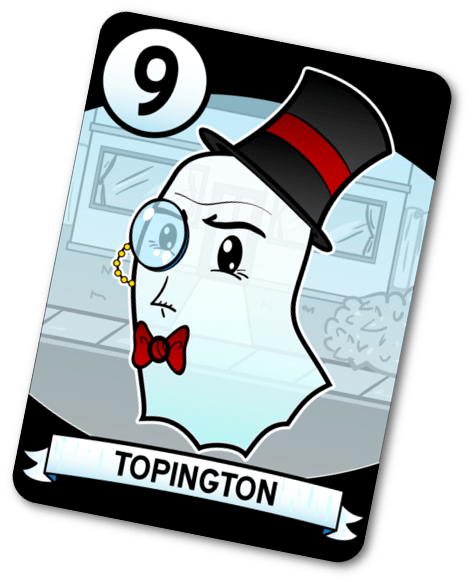 Here’s your basics: Ghosts Love Candy is a hand management card game where you play a spooky ghost chasing kids around on Halloween for their candy. There’s very little shuffling, the game is mostly about open information. You don’t need to keep a hand in your hand, and it’s probably pretty approachable with limited mobility. It’s kid-approachable, it features kids central to the story, and hiding underneath its slightly-not-great cartoony aesthetic beats the heart of a complex, emergent game that throws you just enough pieces to keep the game complex.

You play a ghost, with your deck of cards, numbered 1-9, and each turn you’re choosing which card you’re going to play – higher cards go first. Then, in order, each player spooks one of the trick-or-treating kids in the neighbourhood, takes their candy, and does whatever special ability that kid has. At this point it might sound a bit like a worker placement game, where you’re trying to get the best shot at each possible resource you can, deciding when you spend your high value cards and your low value cards.

What wrinkles this, is that each kid has a limit on how much you can spook them. You want to keep kids around, because if they run home, they both ditch all their candy (oh no) and that kid becomes a penalty to your score. You therefore want to balance your choices between high cards (giving you priority to act) and low cards (being able to safely steal from kids without risking spooking them). 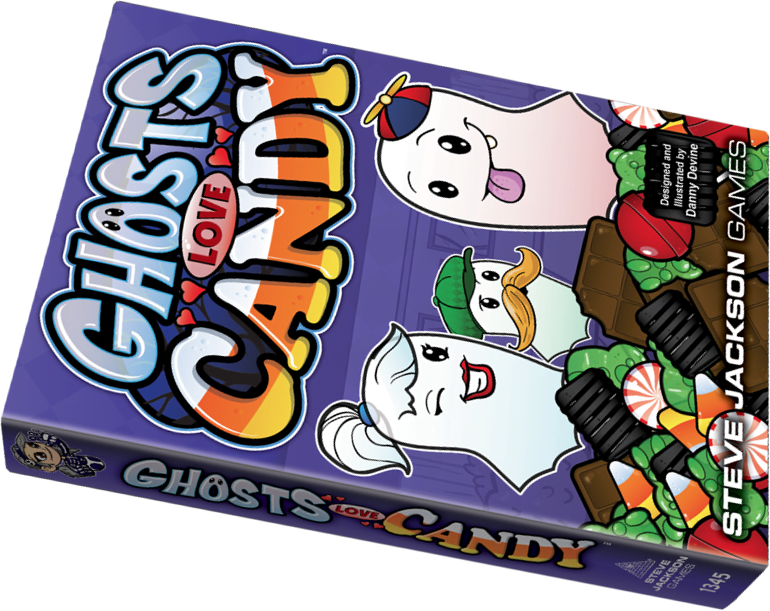 I’ve this long-standing maxim that most games boil down to one of Snap, Rock-Paper Scissors or Yes-No-Banana, which isn’t entirely accurate at the best of times. Particularly, this model cooks game design down to three mechanics (matching, bluffing, and trumping). There’s a fourth widespread mechanic, but we don’t tend to play with it much in the tabletop community because it can feel a bit skill-light, which is bingo.

The root game mechanic of bingo is that you have this pile of things you want to get filled in, and then you, in a display of what Caillois calls alea (before going on to insult the Chinese), submit yourself to the randomness of chance. There are plenty of games that indulge this sort of experience, the indulgence in throwing yourself against the vicissitudes of fate, and then do something to build around it. I don’t just mean throwing a dice makes a game into this experience – D&D is not particularly good for those who want to pile their fortunes upon an altar and set it on fire.

I mean that an aleatic game, there is a consignment to the impossible, a period when the die is in the air but before it lands, the time when the ball is rolling, and all you have to work with is subtle hope, holding your breath in the hopes you can somehow interface with how the die lands. Ghosts Love Candy create that moment – the moment when a new kid is flipped off the top of the deck after someone scared the last one away, the moment new candies are flipped out and you see where they fit in this machine of youthful artifice. The turn starts, you consider the table as it is, then you debate what you’re going to bid, and have to hope things will hold for that plan.

Despite this tension, though, and the way it feels to start out, where you’re waiting to see how things go wrong each time, where you know you’re doomed but maybe you’re not. 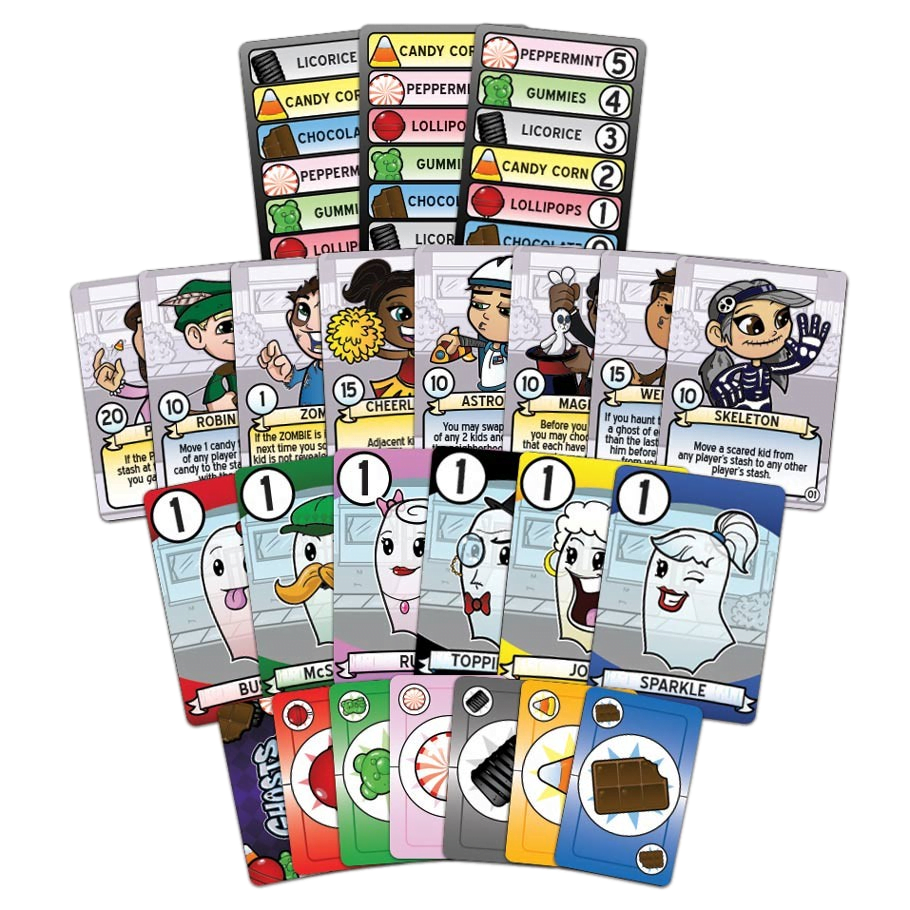 The game at the core of Ghosts Love Candy is almost an auction game, where you’re trying to time what turns you want to really win on. Sometimes you want to spook a kid to keep another player from using their ability, or you want to knock out a kid who’s otherwise protecting another kid. The kids present a sort of programmable game-plan, where your choices can cut off options for other players, and the candy they’re holding can be seen as a risk worth taking the points loss for.

When I read the rules aloud to my family, I had my mother, my sister, and two niblings listening, and the rules as listed were complex. Then we got to play the game, and after one simple loop, bam. We got it. It was got. It’s hard to write rules well, but Ghosts Love Candy is a real example of how play explains rules. The rules only need to nudge you along, step to step, and you learn the pattern of play. This does mean your first round will be a bit rough – but it’s really good once you have that pattern down.

Now this isn’t to say I’m absolutely in love with this game. As good as it is, part of why it’s good is its price point, and I’m a little miffed that that price point includes buying a box that’s half empty? This game is tight in its design, it’s a shame that the box isn’t similarly tight. Alas, I understand the problem with this kind of game development – you need the box to advertise the game.

Still, I really like this game, and not just because I got it for less than zero dollars. It was a kickstarter success, it’s fun to play, and it’s approachable. If you see it anywhere for its recommended price – fifteen dollars – it’s definitely worth it.