I usually share this when I’ve released my students’ marks at the end of each semester, captioned with okay here’s how the marks break down. 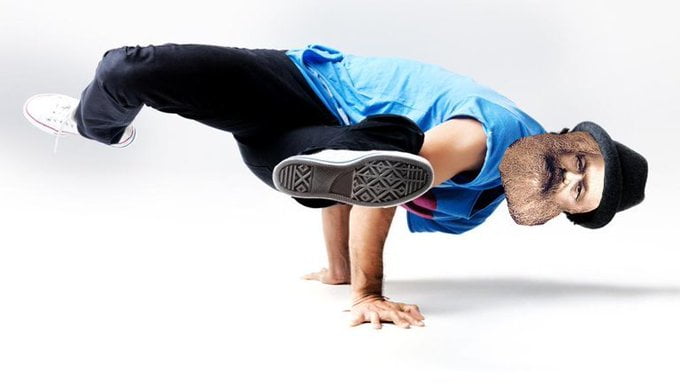 It’s a cheap gag but let me have it.

Anyway, I was thinking about this as it pertains around about now to getting your marks back. Now I am one of those people in the long slow treadmill of the PhD candidature, so it’s less of a thing for me but I am sibling to teachers and that means I’m always thinking about the marking process, to some extent. About the ways we grade and what we grade.

I have come to have the position for the most part that marks aren’t super important – the only people I’ve dealt with who cared about how well I did at university for my subjects are the uni itself (in determining my use for Honours and the PhD).

There’s an old cynical joke ‘Cs get degrees,’ which is meant to refer to C grades. Except we use C to mean Credit, so we move on to ‘Ps get degrees,’ which refers to passes. More cynically we say ‘Fees get degrees,’ where the fact is, if you pay to the uni your fees, odds are good you’ll pass, no matter the quality of your work if you hand in enough stuff to count as having done the degree.

I apparently did pretty good at university (hence the PhD thingy), but I also seem to project ‘person who has his shit together,’ in a way that I think is very unfair. My students are only dealing with me as someone who has done the course they’re doing and has authority and the means to grade them. And what’s more, me saying ‘I bombed out at the high school certificate’ doesn’t necessarily land.

What happened to me is too unique, I feel, to really ‘matter’ to most. I was raised in a cult, schooled in a small wooden box, broken and abused, then did badly in an exam questions that were designed for people who’d had twelve years to prepare. To give you an idea of how badly I did at it, my grandmother phoned me up – something she only did for birthdays – and spent a few hours degrading me for not applying myself and failing at the test. This is not relatable. This is weird.

That it took me ten more years to get into uni because I thought I was too stupid to do well at it, and now I’m here I love it, is a byproduct of the complete lack of support.

Here’s my advice if you’re going into uni: You will probably not have to worry much about marks. Marks happen when you’re engaged. Passes are fine. Doing the minimum is fine. What you have is a period of a few years to work on creating and exploring projects, and if you can, make something that you can make into classwork. Convince teachers to let you work on your own stuff as it relates to their stuff. Then you have that as you walk out the door.

And also, my grandma was a dick and you shouldn’t listen to the dicks around you when they want to talk about what you should be doing, in uni or in life.