Hey friends, have you seen Discourse on D&D lately, that imply that the blessed and sainted arrival of Gay People into D&D’s player space has brought with it this blissful enlightened period where player characters want to try seducing everything in sight, and how hilariously, entire encounters with major boss monsters are interrupted by bards rolling to seduce. The Monster Manual is Basically Tinder, the joke runs, which

Look, I’m old, I guess? In D&D terms, I’m old. I played some 2nd edition online, I played 3rd edition and 3.5, I played 4th edition, and then the transition from 4th to 5th revolted me and I instead opted to stay happily in my older generation of an edition I personally think of as ‘superior,’ just like the old beardie dude who only played Basic while I was looking for people to talk about 3rd edition with. And that means that for me, it feels like there are these people who have recently got into D&D because they started being alive after I started playing D&D, and they want to talk authoritatively about the way the game works in general, and they say these

Things that I want to holler at them about because you darn kids.

I’m not getting off to a good start.

Gay D&D, or as we in the cool club know it, Good Dungeons & Bad Dragons, is great and I’m super glad we have a lot more people playing it and more open about playing it and that’s great, but hey, queer friends.

You, you wanted magical items? Well, here, have the thing that turns you into a hot girl, and you might put it on, by accident, without knowing any better, tee hee hee. 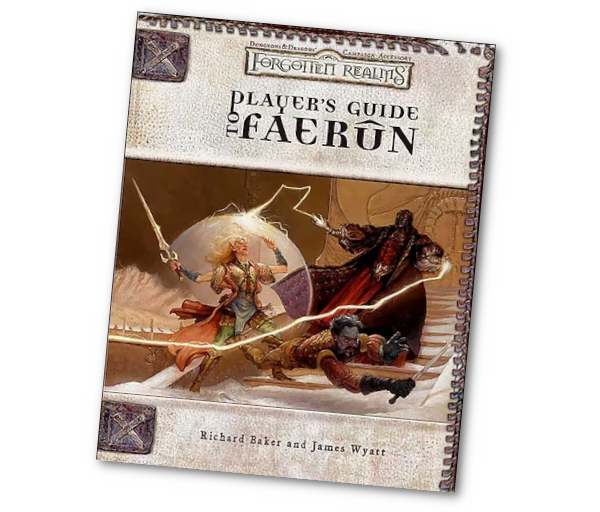 There’s a really good like, nesting doll set of examples, and which I considered doing an extensive drag on for this article, of the setting of Faerun. Faerun is a setting made mostly as the byproduct of one Ed Greenwood, a man who Says Trans Rights, but also, has at best dubiously expressed opinions on age of consent laws, and look, Ed is not a great storyteller or worldbuilder. There’s a lot of stuff to his work that’s more interesting because of how it betrays fundamental biases and worldview, rather than necessarily because it’s meaningfully engaging in its own right. You read enough about Faerun and you start to notice the patterns.

In Faerun, Magic is a hot girl, who the author’s player character can fuck. And he’s so good at fucking he gets to be the best mage. And also he has sex with other goddesses, because again, he’s just the best. There’s a whole range of Ed Greenwood Player Characters who have gotten laid with a variety of Very Important NPCs, and while that is ostensibly not a bad thing per se, it strikes me as a fairly boring thing to put in worldbuilding and long form fiction books because the aim of these worlds is to provide me a place to play in and be important, and not necessarily a place where I want all the details of every important figure already mapped out because we needed to see the notches on people’s bedposts (so we know they’re good at fucking).

I really am just mad at a tweet person for being young here, aren’t I. Oh well.