D&D worlds don’t have to suck.

Set aside that D&D is a space of conflict, that’s not important. Lots of D&D worlds are kind of these fundamentally shithouse places, places full of kings and lords and sort of miserable life as a peasant doing shitty work because that’s kinda the shape of this kind of storytelling we’re used to. You want to put in castles and fields and then your brain gets blobby because we don’t actually know that much stuff about the people in this period. There’s all these stories that ignore the way people lived and walked and dealt with the world in this kind of time, even though our vision of ‘this kind of time’ is centuries and centuries across four or five particular different major cultural movements and it’s all very complicated when you start to think about it and the important thing is that we don’t really know what we’re trying to make the shape of, and instead, we wind up making the shape of the things we were already shown that were themselves trying to make the shape of things and when you follow that to its limits you wind up realising that almost no frogs go ‘ribbit’ but the ones around a sound stage in California do.

The thing about D&D worlds is that typically speaking they put a lot of stuff right in the grasp of the population, in the hands of people, and then rely on the way the world should look to hold it together. There’s a lot of stuff that gets messed up by the worldbuilding choices people throw in there, and sometimes it means the world doesn’t make any damn sense. 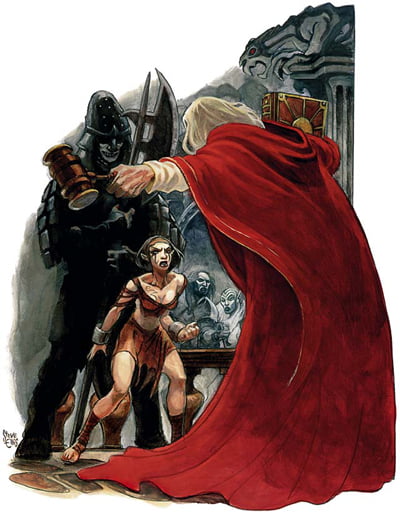 There’s this phrase that I got from a podcast talking about Games of Empire, which I want to say they get from the book Empire, which is capitalism creates its own metaphysics. Capitalism creates the impression  that the way the world works under capitalism is the way the world works without capitalism and that therefore, capitalism is just a natural extension of things existing and people continuing to exist in that world. There’s a lot of assumptions about capitalism that D&D worlds just accepts as a given, which is really dumb.

Capitalism tends to rely on the constriction of access to necessary resources. Right now, if you wanted to eat, and not engage with capitalism, you’d need to go get involved with nature in a way you might imagine you could do and find you couldn’t really, and capitalism would do things to stop you – things like vagrancy laws and poaching laws, which are part of the arm of capitalism – would stop you from just going out into the woods and gathering food ‘naturally’ in most societies.

Shout out to Sweden’s foraging laws.

I’m going to use 3.5 D&D as our example space. Three things capitalism wants you to need to pay for is shelter, food, and healthcare, and in D&D, all of these things are available in such abundance that the only reason to restrict access to them is a conscious choice to, and the settings themselves feature things that are inimical to this idea.

Healthcare is one of the most obvious examples. In D&D, injury is represented by hit points. If you fall off a building working on it, you take 1d6 points of damage. That sucks. It’s got a chance to kill you, an ordinary human. It probably won’t, but it could. But if you land and take anywhere between 1-3 damage, curing you is pretty easy – it’s a level 0 spell for your local cleric, even if your local cleric is level 1.

“but that cleric charges for their services,” the DMG says. 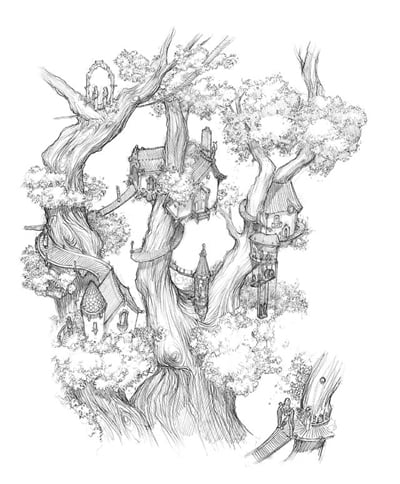 The 0 level spell represents six seconds of effort for that cleric, and those spells themselves come from a god. If that god is a good god, why is that god demanding people who cannot pay pay for a tiny amount of effort? It’s not like everyone’s getting fall-off-the-roof injured every day. It’s not like people are regularly getting into fights with housecats critting them into exploded messes.

An unexceptional level 5 cleric is capable of generating enough food for 15 people for 24 hours, every day. One cleric replaces the farming and production needs for all those people, in a supposed period of subsistence farming. Druids increase yield for miles around by thirds, by expending a small amount of effort. Then these effects can be multiplied out; a wand of Create Food and Water can generate food for those 15 people for fifty days, and this scales up. If you have a modestly wise cleric at level 6, you suddenly are feeding 45 people per day, and once again: there’s no reason to restrict this.

Shelter is also reasonably cheap; sorcerers and wizards can use Rope Tricks to create safe places to hang out and sleep. Now, you could argue that wizards can have their roles restricted – but sorcerers are just born into spaces, into communities. A level 6 rope trick can lodge 8 people for a night’s sleep for no meaningful cost to the wizard in question, beyond the few seconds of their time to do it.

If you want to talk about just doing good, fighting hunger, healing the sick for a negligible effort, and giving people places to sleep is pretty easy to see as just good, and you don’t need high level casters to distort the world this way. In 3.5, homelessness, public healthcare, and starvation shouldn’t be happening, unless you want them to happen. The social infrastructure magic offers is vast and easy. 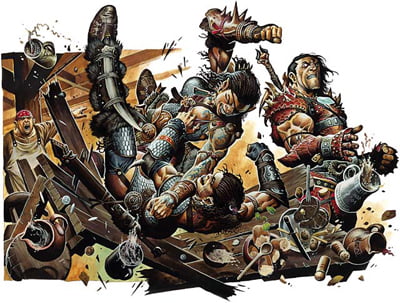