You know that game I talk about, from time to time, that game I play, that game, you know that game, that lets you play a character that you create, made through an immersive character customisation system, then you get to choose how they look, get to pick their graphical representation, get to choose maybe how they relate to the world, some beloved contacts and friends and factions that mean a lot to them, and how there’s a lot of fanart of characters made in that game and how they’re all about getting to express and explore this element of a wonderful world with this really exuberant kind of approach to expressing yourself? That game? You know? Final Fantasy XIV?

I kid, I kid. Final Fantasy XIV is a fascinating game full of interesting stuff, I’m told, and it’s fun, I’m told, and I should give it a shot, I’m told. It’s definitely got all the makings necessary for this particular phenomenon – though I don’t imagine it will cross the final threshold necessary any time soon.

See, what I want to talk about here is how a game dies, and what rises out of it.

The collapse of City of Heroes, back in 2012, did surprise me. At the time, I was pretty heavily devastated. It went away, in the last year of my life before I started this new path I’m on, at the university, as a researcher and teacher. Sometimes I wonder if the game was being my creative sponge, if I was using it as a vessel to pour my energy. I know my taste for things like wiki pages and lengthy bios has waned now.

But I was a fairly minor casualty of the end of the game. There were people at the time who lost major outlets, social contacts they didn’t have any other means to reach. My favourite player was literally in my house, I didn’t have to be afraid of losing her over the game. But the real loss for some of them was the loss of the space where it was safe to play, safe to be, and safe to experiment with questions like ‘what if I’m not straight?’ or ‘what if I’m not a boy?’

Sexuality-wise, it was not unheard of to encounter gay characters. It was uncommon to talk about it in public spaces. It was extremely uncommon to talk about a character’s gender, and I mean in the specifics of not being cis. There was intense skullduggery around people who made LGBTQ characters, and I mean that – I watched as a character’s player was doxed because they’d claimed to be a woman, and then been ‘outed’ as ‘not necessarily a woman,’ and this was seen as an intense betrayal by someone else. 2012 was not that long ago, but tragically, it was that long ago.

There was a queer culture on City, back in the day, but it was subdued. It was ha-ha yeah, I guess. It had the tone of people who knew that they didn’t want to talk too much about things around people outside of their space because there was a chance for being reported to an unpredictable, fickle mod team, just for having a character who had a sexuality or gender that merited discussion. Towards the end, it definitely became a place friendlier for lesbians, because boy howdy, do masc-dominated spaces love them some visible lesbianism, but it was always with this awkward kind of embarrassment about it. Some people weren’t bothered – but a lot of people were.

A lot of people were playing with expressing and experiencing something. 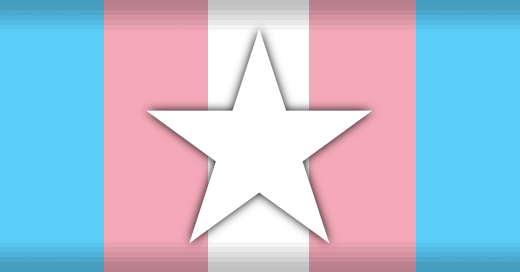 I think about this now, as I sit down with the people who came back to this game. This game is not a good game. At its absolute finest, it is a free superhero MMORPG with some extremely 20 year old graphics and some charming writing. I love the mechanics, but I am a weirdo, and people I know do not bother to learn the mechanics (which are silly) and instead ask me for my help. It’s something that just sings to me, as someone who learned how the game worked, but it’s absolutely not something I’d recommend people play for its own sake. It’s good for playing for being free, and reasonably easy, and primarily about playing and expressing.

I’ve written about this, in part, in the past, about the way City’s collapse forced a lot of queer people to come to terms with what they’d been playing and ignoring, about how they were getting gender euphoria or queer connections by wearing a cape and shorts. This isn’t about that, at least, not quite. What it is about is looking at the game, two years after its return, and getting to terms with what the game is like, what the community is like.

There’s less fear? There’s less anxiety about characters just being queer. It’s very common to meet trans and nonbinary characters. Characters who in the past may have gendered themselves ‘even though it doesn’t quite work’ have been remade and revel in the availability of they/them pronouns.

It’s strange, because I don’t think City is special. I think it’s mundane. I just think that in the nine years since the game went away, that the old City and the new City can be, in my mind, these two markers on a fencepost. That I can look at it and go: Huh, you know, now I think about it, things have changed. Things are getting better.

Power is levelled against us, but the change doesn’t come from thrones. It comes from us.