Time to time, I write up an explication of characters I’ve played in RPGs or made for my own purpose.  This is an exercise in character building and creative writing. 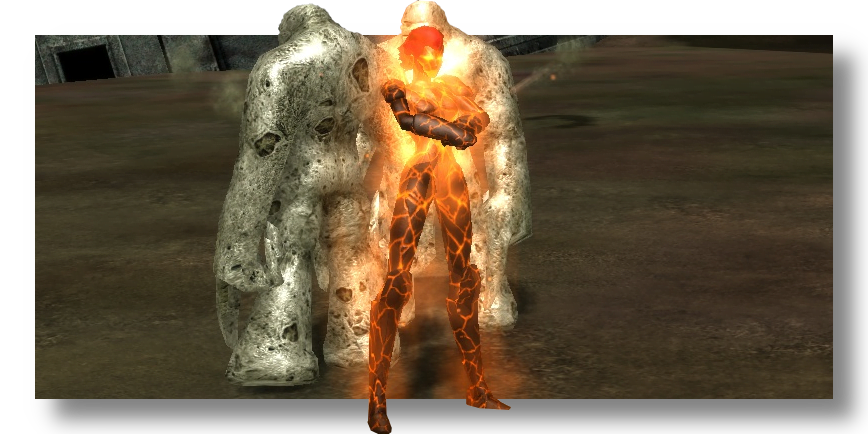 It’s tough being a lava-powered enby. Humans can handle the ‘my skin turns into lava’ part but they get all weird about the ‘gender’ thing, like that’s somehow the big deal. Elementals don’t know what the gender thing is even about, but they’re also really bad company when you talk about music and fashion.

Vinn’s doing the best they can, with what they got.

Vent, Vinn to their friends, is a brawly little foulmouthed punk with a big attitude and big powers to compliment their short frame. They stomp the ground, creating cracks on the earth, they pull up chunks of earth onto their body as armour and somehow are unharmed by the molten pressure that results. Whatever their mutation is, it’s somehow related to ‘rock and earth,’ turning into some kind of lava monster that can even make the air itself burst into flame.

The overall impact of someone who can manipulate the actual ground around them – up to a dozen meters – is pretty hard to underestimate. In terms of just sheer area hostility, Vent can make entire buildings hard to exist in for enemies, resulting in area denial strategies and also just plain earth-and-fire based pugilism to defeat people. Vent isn’t a hero who plans, or even a hero who particularly responds well to plans – they want to be given clear goals of bad people to beat up and be left alone about how they do it. This obviously presents a problem with them joining most supergroups, and is part of how they’ve found themselves predominantly working with local defense groups that are much more about stopping gangs than dealing with larger, more sophisticated problems.

While they are heavily armoured, it’s clear that their armour is still protecting a squishy body made of meat – when impacts are big enough or they’re thrown through the air at things, they hit the ground very hard and need time to recover. Also, their attitude doesn’t make them a great team player unless it’s with people who respond well to their particular wavelength.

Vent is a Dominator. They have an economical build. It has no Attuned IOs, only one PVP piece, no purples, and is focused on prioritising recharge (which Dominators want for Perma-Dom), then smashing and lethal resistance, then ranged defense. The build can be easily improved – just throwing more money at it.

This build doesn’t have the normal extravagent effects of my damage dealers and defenders, and that’s partly because of just how Dominators work. Dominators tend to have a lot of control powers, which means their powers are typically not going to give them addedd advantages in these fields. Instead, the reward for perma-dom is that they can fire off area control powers that will lock down everyone in a spawn, and they have two damage auras, resulting in a lot of passive damage when they get involved in a fight when surrounded.

The result is what you want as a dominator tends to be enemy focused powers, rather than self-buffs or armours that show up on the stats. What I can tell you about Vent that may stand out is that they can fire an area stun that lasts twenty seconds every twenty three seconds – which is a lot of damage prevention to give an entire group.

If you want to see the build, click here. Also not been updated, and maybe I’ll make a more expensive, fancy version sometime. 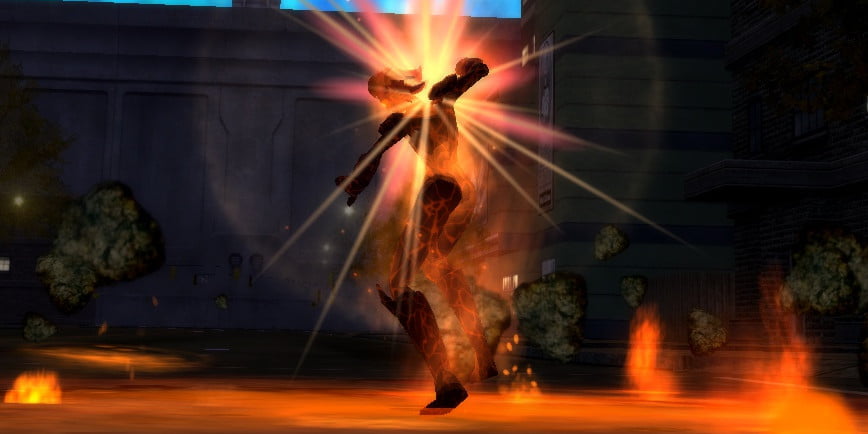 When I restarted everything on Homecoming, I recognised that I had had a problem with the kinds of heroes I made, back in the day. I honestly don’t think I had a meaningful handle on nonbinary genders, or agender identities back then – if you want you can scroll back through my own history on this blog and probably find times when I was struggling with how to write about these things, for example.

Basically, I had no nonbinary characters and I kept complaining about the kinds of characters people were making. I resolved in Homecoming to make the kinds of heroes I thought should be being made – more women, more interesting men, and also, importantly, characters that weren’t either.  The character builder doesn’t make that particularly easy – it does after all, present characters as ‘male,’ ‘female’ and ‘huge,’ and the ‘huge’ gender is all male build options.

I started out, when I was making characters, to keep my alt-happiness under control, by laying out tables of the primaries and secondaries that excited me in each archetype. Then I built characters to make them line up interestingly, then I decided to fill in details based on what those combinations interested me. For Vinn, the thing that interested me was the way that Fire/Earth could get two different damage auras as a Dominator. That made me want a lot of endurance reduction, and that made me want to make them tough with resistance, so their Cardiac Incarnate powers could line up with that. A bonus to resistance, a discount on endurance, that’s a good combination.

The details flowed from there; fire and rock and a fire armour in the ancillary, that created an area-sweeping control character who was a little fragile based on their hit point pool and very tough based on their armours and aesthetic. Also, lava, that fit in the idea space, and then I had to answer one of the challenges of every Dominator that isn’t just a mage of some type: The pets.

Vinn gets little melty fire imps. Where do they come from? Well, I could see a faction of monsters in the game that fit this: The Igneus, from the Hollows.

The ideas all came together; the Hollows is an abandoned location, populated by lava monsters, and Vinn is a mutant who could fit in amongst them. They came from a human family, so the narrative there kind of informs itself: They ran away from home (for power or gender reasons), and squatted in the Hollows, taking care of themself with their superpowers, befriending the lava monsters, and growing into their powers. The result is a scrappy street kid hero with a clear thematic that ties their powers to their narrative. I like all that!

That’s where I’m at with Vent. I believe right now, they’re a member of The Lookouts, a small SG I’m sitting on with a few other characters for the concept of a small-town area Defenders style group.