That got your attention.

We’ve been told what the motivation is for Thanos in the upcoming Infinity War. Feel free to jump out here, because you want to avoid spoilers, or because round-the-backtalk about movies bothers you, or because comics are stupid. Whatever your reason, here’s an escape route: Here!

The upcoming movie Avengers: Infinity War is a continuation of the media franchise you are probably aware of if you read this blog. It’s a comic book thing. And as with all comic book things, it is pretty stupid.

Thanos is a titan from his own planet. The long and short of it is extremely stupid, but the basic gist is Thanos is a dude who loves Death, like, romantically, and this has made him a great example of a cosmic-level threat for the universe to deal with. He doesn’t just like death as an act of killing, but he’s obssessed with Death for its own sake, and wants to kill the world, as a gesture to Death herself.

She is largely not interested, which is a big part of Thanos as a character. He seeks greater and greater accomplishments in the name of pleasing Death, who does not reciprocate, because she does not care and he does not notice. Thanos is therefore always trying to get the interest of a literally unattainable woman, and his pursuits of doing so take on the equally cosmic.

Stories that feature Thanos inevitably talk about machinations he has about ending all life in the universe, doing something or unleashing something that will kill everyone (like, literally, everyone), in a variety of different ways, usually as big multi-line events that start with the word Infinity. Thanos is the one who built the Infinity Gauntlet, a doohickey that gives the wearer literal actual omnipotence.

Yes, you read that right.

The Infinity Gauntlet is a superweapon of indescribable power, which lets Thanos rewrite the unvierse instantly, effortlessly, and without any risk of being endangered. Every single weapon that gets brought against him while he has the gauntlet fails. Every single mutant, superhero, cosmic beastie and special oddball comes together to oppose Thanos and they all get to show off how cool they are and they all fail. They all fail.

And then, Thanos loses.

Thanos loses because Thanos can’t actually conceive of himself winning. Thanos is a superpowered obssessive whose own emotional landscape is one of failure. He killed his people to impress Death and it didn’t work. He made bouquets of meteorites that caused extinction level events to impress Death and it didn’t work. He, in the Infinity Gauntlet storyline, killed half of all life in the universe, and it didn’t make her love him. He didn’t want her to love him as a slave, but love him as an equal and that was part of the challenge. 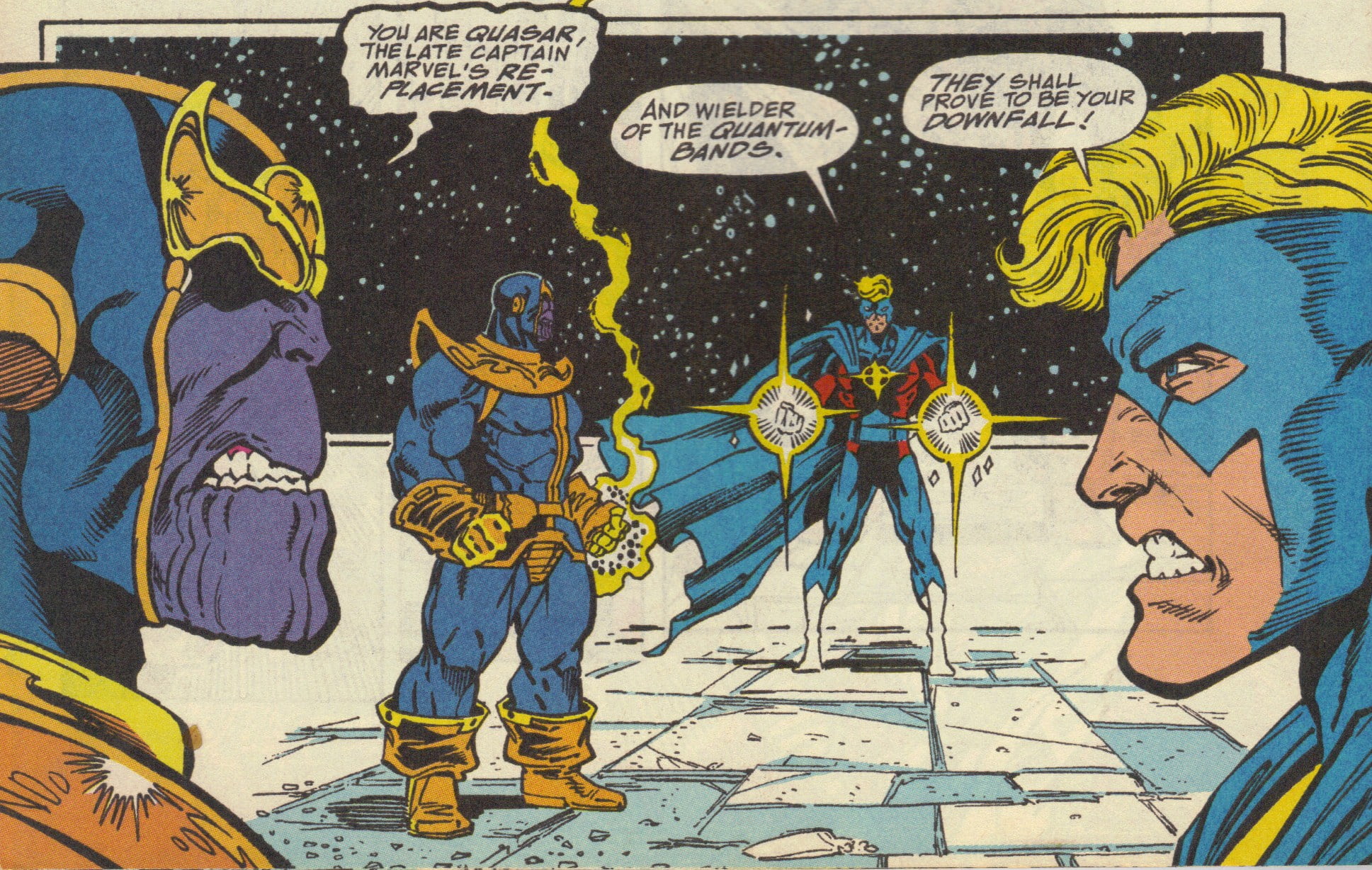 Thanos is the dude who is always trying for a girl out of his league so he will fail, because that way he’s always in control of how he fails. Thanos is a creature who when given the ability to rewrite the universe does not consider rewriting it into a universe where he is happy. Eventually he’s defeated by his hubris because he takes on literal structural power of reality, transcending his physical boundaries, meaning his body doesn’t hold the Gauntlet any more, and someone else can take it, and –

Look, the point is, Thanos fails because of his hubris. He fails because with infinite power, he was unable to conceive of a way to solve his problems, and in so we see a story about how characters fight against the impossible, whether or not they can win. You see every possible last ditch effort brought out, a big clean-up attempt where all sorts of useful things are dissolved and a meditation is presented on the idea of the equality of good and evil in the universe as actual elemental concepts. 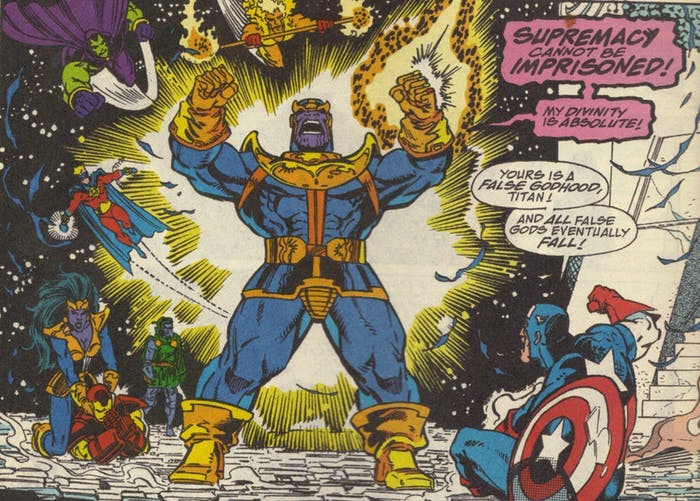 Thanos is a guy who sucks. His emotional locus is someone outside himself, that gives him worth, and his attempts to earn her attention are doomed, because he sucks and can’t bring himself to approach her right. In the end, what destroyed Thanos was his own lack of self esteem and his own lack of imagination. When he had infinity in his grasp, he failed, because he, in his own way, wanted to fail. This is a pattern that repeats throughout other narratives of Thanos – Infinity Abyss particularly. The long and short of it is that Thanos, well, sucks. Thanos sucks because he’s meant to suck. He’s meant to be a villain who can conceive of a want to obliterate the universe, but be so limited in his thoughts of how to do it that he literally brawls with a bunch of them to show off.

Anyway, Thanos is the villain of the upcoming movie. I was expecting he’d be pretty much the same thing. Just a big doofus who failed a lot in interesting ways so our heroes could show how important they are in trying to defeat him. Probably Tony Stark dies.

Instead of this, what we get instead is this:

“He’s from a planet called Titan,” Joe Russo told The Times of India. “Many years prior to the film his planet was experiencing a cataclysmic shift. They were running out of resources, and they were overpopulated. Thanos made a recommendation that they exterminate half the population randomly in order to save the rest of the population. Of course, the Titans rejected his notion, branded him a mad man, exiled him, and the planet ended up dying. So he has taken it upon himself to go planet-by-planet throughout the universe and wipe out half of the population of each planet as a way to correct the planet and bring it back into balance.” 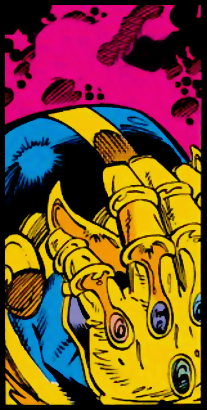 First things first, we’re going to just glance over ‘Noble, Misguided Comic Book Traditions.‘ Because they’re not noble or misguided. Thanos is a genocidal monster. Thanos killed half of the population of the universe. For no good reason. There’s not even a word for that kind of crime. Dude is not noble and misguided. Dude is a super-murderer plus one.

But let’s set that aside quickly and presume it’s just people talking stupidly about stuff they don’t understand. Because clearly, they don’t. Let’s talk about the motivation here.

Thanos’ motivation is the idea of killing people for the purpose of What If Environmentalism But Too Much. This extremely stupid idea is let’s say ill- timed, since I don’t think anyone involved in a billion dollar advertising exercise should really be trying to say things about inappropriate distribution of human resources.

There are two basic ways this fails. First of all it’s just a real failure of the story mechanism. Thanos’ motivation plays into his actions in the comics, and he fails because of who he is, as per that motivation. If your motivation is saving the environment, and you get infinite power, you clearly don’t actually care about the environment if you then go ‘well, time to wipe out half the popuation’ as opposed to ‘well, I’ll just fix the actual environment with my omnipotence.’

This is like finding that you only have half as many biscuits in the cupboard as you need to feed everyone, and thinking the rational response is to kill half the people in the house! No! Just go buy some more biscuits, you donkus! 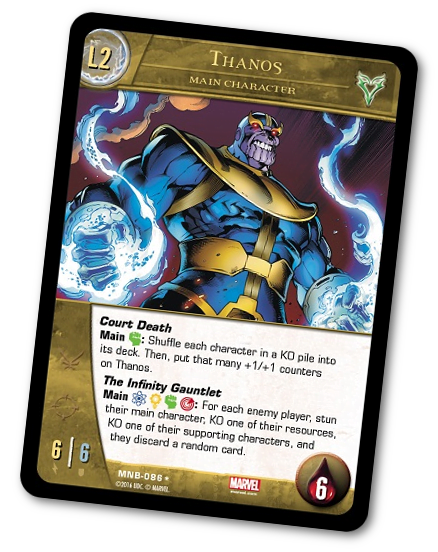 The thing is, overpopulation is… racist nonsense.

It’s not that it’s impossible for a planet to have too many people. We’re just not near it – not right now. The problem we have isn’t ‘too many people’, the problem we have is ‘resources are grossly misallocated and we waste a majority of what we have.’ What that usually means then, when people talk about ‘overpopulation’ what they mean is that in order for everyone to live as wastefully as white populations live, we’re going to need to get rid of a lot of

It is entirely possible you believe in overpopulation because you heard it and it sounded reasonable. You don’t have to be a racist to think it’s a problem though, if upon learning about the facts of resource distribution, food waste and emission waste, population centres and economic destruction, you still think the solution is a lot fewer people in those places and all, well, yes, you would have to be. If you’re making a multi-million dollar movie and you don’t check into your villain’s motivation to double check you’re not parroting, say, phrenology or fascism without knowing what you’re talking about, though, you’re going to have a problem.

This isn’t some simple garbage-in garbage-out methodology, understand. That’s not how media and culture interact. It’s more that you know, with this motivation, someone in the boardroom meeting that wrote this script, someone said What if Captain Planet, but Evil or something to that effect, and everyone else in the room went ‘whooahhh’ like it blew their dang minds. What you’re willing to frame as villainous shows what you’re scared of, what you care about –

And if you think a villainous motivation like Thanos will kill 3 billion almost-certainly-not-white people because we don’t want to eat peaches that look a bit funny is noble, well, you’re probably racist.