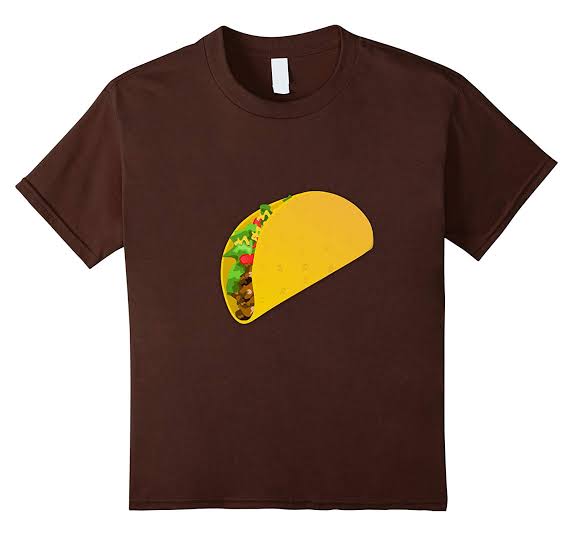 I listen to a lot of Podcasts (I think, I haven’t checked what a normal amount of podcasts is, and I know that some Extremely Online people like me sometimes listen to a neverending wave of them and so maybe I don’t listen to that many but anyway) and that means that I bob along a flow of information like a discarded champagne cork cast into the ocean after a particularly enthusiastic ship launch. It’s possible that some things become a funny item on a particular podcast for one moment and then they’re gone and nobody ever mentions them again, which means that some amazing and ridiculous things can be lost to time.

One of those things is the knowledge that in 2013, in Philadelphia, the 76ers (who I assume are a team of number enthusiasts) unveiled their Taco T-Shirt Cannon at the Fun Fun Fun music festival and not, as I initially assumed, some kind of worship festival in the name of a dread god of excessive gun related preposterousness. That festival featured Run DMC, who I have heard of, which means the news story gets to be relevant to me, I guess.

At the core of it, a Taco t-shirt cannon operates on almost all principles of low-impact projectile toys; it has a launcher system that relies on building up CO2 gas in a tube rapidly, which results in propelling an object that’s about the same size as that tube out at a high speed. T-shirt cannons aren’t new, and gatling t-shirt cannons aren’t new either; the central principles were all worked outback in the 1850s. What’s more, hot dog cannons aren’t new either; the hot dog being a phallic food bullet already means that it seems pretty easy to wrap one in some paper, make it snug, then use the force of overengineered nonsense to huck it into a crowd at high speeds (but not too high speeds).

But it was in 2013, as far as I know, that some enterprising soul first got it in their head to ask how they could take this t-shirt cannon principle and take it to the next, extremely silly level, with the invention of a device that wants to be a t-shirt cannon that is also a taco cannon. I learned about this from British podcast The Bugle in its pre-2016 incarnation, which is noteworthy for being where John Oliver first really got work reading the news at you in ways that make you laugh at being depressed.

Okay okay, enough fannying about, you obviously want to see it.

This prodigious pile of pipes is not just the byproduct of what you get if the A-team were locked in a modern hardware store and the only way to defeat the smugglers this week was to construct a sky dick that would let them collectively fuck the moon, it is a fully operational t-shirt taco cannon.

What you get is a fresh, hot, soft-tortilla taco, wrapped tightly in paper, which is then wrapped in a t-shirt, which forms the sabot for the taco. You set it in the tube, which is then ratcheted into place, then discharged with the gas build up, into the crowd. It’s important that you angle the shot so that the taco-t-shirt mix is coming down rather than going up, so it’s effectively in the ‘slower’ half of its launch. These are important tips for the proper use of your taco-and-t-shirt cannon, a thing you’re going to definitely acquire.

All I’m really doing with this exchange is writing down something from my own history of podcasts, a long-lost shard of history that I find so funny that I don’t want it to go missing. I don’t think you’re going to listen to a seven year old podcast about ‘the news’ (literally now not true) to try and hear a funnier comedian than me share the same quotes from the original news story that I’m going to, so this is searchable and convenient and now you get to enjoy the quote that’s why I sometimes go: Oh yeah.

The taco and t-shirt cannon.

The quote, from Matt Mandrella, marketer and event manager for Fun Fun Fun, is about the first thing I worried about:

“We’ve actually had a couple of people hit in the head, and we know there’s been no pain involved. [The victims] were more like, ‘oh man, I got hit in the head by a taco. It was great!’”