It used to be when I wrote these articles I felt the need to build up to the verdict as if the purpose of this kind of article is to tell you whether or not you should try it, and that kind of review treats my opinion like a magical trick. There’s a structure to these kinds of things, a meter, there’s position and flow and there’s all this stuff about the science of listener attention, like the way this sentence is starting to sound breathless in your head, and making reviews like that is a kind of game.

It’s a kind of game where the prize is only imagined – I sit back and think to myself boy I bet that person reading this is having a great time and now they’re surprised. It’s a type of structure that I learned from playing games with good arcs, where it was obvious that things started out easy, got harder, and then there was that sharp moment of relief where your expectations and the facts lined up, boom and there we are. Crafting such a review is a puzzle. 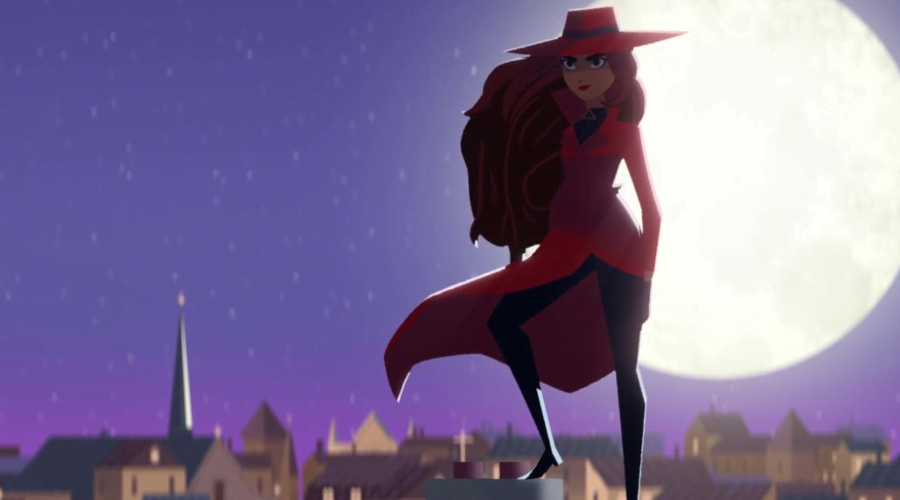 These days, I’m not interested in doing that because I’d rather talk about what a series does than whether or not you should check it out. Let’s not, then, spend time talking about whether or not this show is good, and instead make it nice and clear up front.

Where In The World is Carmen Sandiego is a really good adventure story, which uses the format of an educational heist program to tell stories about a cool thief who opposes bad thieves. The main cast features an international conspiracy of criminals, a troublesome anti-criminal organisation that operates outside of Interpol’s laws and a lot of reasons to every episode describe the culture of an area while presenting a villainous plot that is worth thwarting.

Some of these villainous plots, by the way, are just breathtakingly petty. It’s really good Bond-villain stuff, and the whole setting is kind of built around this silly question of where do Bond Villains come from, and what stops them from just being caught?

Then in between these forces of ACME and VILE, you have Carmen Sandiego, who is doing her best to keep a step ahead of the criminals, with her unique knowledge, but who knows she can’t just go to the police with the solution to the problem, because what she opposes, VILE, doesn’t really properly exist.

I think this show is great. 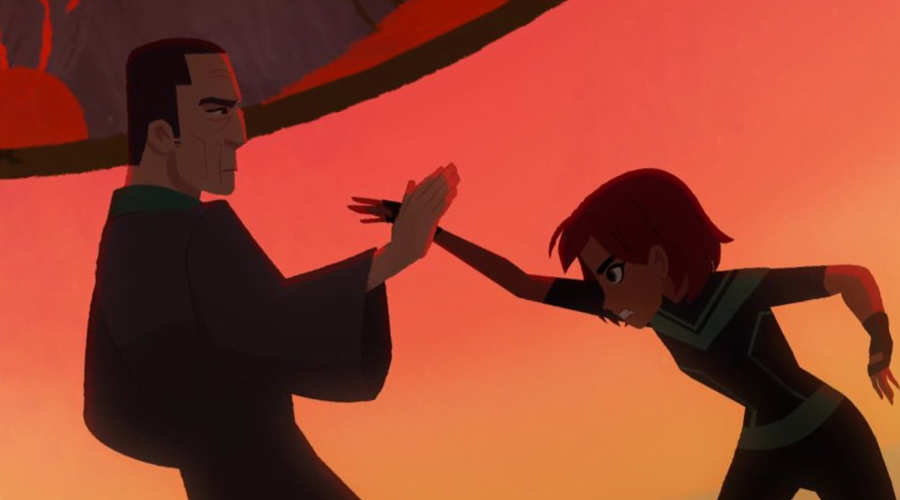 In this specific case, odds are really good that Netflix’s Where in the World is Carmen Sandiego passed you by. It came out in January, it’s not especially high profile, and it didn’t inflame the usual asshole brigade the same way that the comparable She-Ra did.

I wonder to what extent these things can have clear, distinct causes. I mean, really, I don’t think it’s too simple. Every single interaction of culture is about cultural spaces, and there’s interactions between people in groups, interactions in power dynamics, interactions between ingroups and outgroups, there’s always more than just one cause, and yet despite it all, I feel like Where in the World is Carmen Sandiego and She Ra are alike enough that if there was any legitimacy to the resentment for She-Ra it would follow hard upon the resentment for Where in the World is Carmen Sandiego.

There were people who tried, by the way. Where in the World is Carmen Sandiego definitely got attention from the asshole sphere, who were annoyed that the series made changes, there was something pretty weird about how She-Ra was a lightning rod for this kind of attention and Carmen Sandiego wasn’t.

I have a hypothesis, which is to say that these mobs are mostly made up of idiot assholes, and they tend to react based on disgust. This is a hypothesis borne out of the work of Dr Luke Galen, who did an analysis of human reactions and prosociality, particularly when dealing with churches. Galen analysed qualitative data that suggested that church-going people were more properly prosocial and kind in general; when he teased that data out, he found their prosociality was overwhelmingly directed towards their ingroup, and sharply broke off at points of disgust. Disgust was tied to familiarity as well – the more they were exposed to things that normally disgusted them (like homosexuality or divorce), the more willing they were to see those things as acceptably within the church’s in-group.

My hypothesis, as banal as it sounds, is that I think the fact these dingalings could see the Carmen Sandiego characters as hot, and the She-Ra characters as not, made it easier for them to get mad about She-Ra. 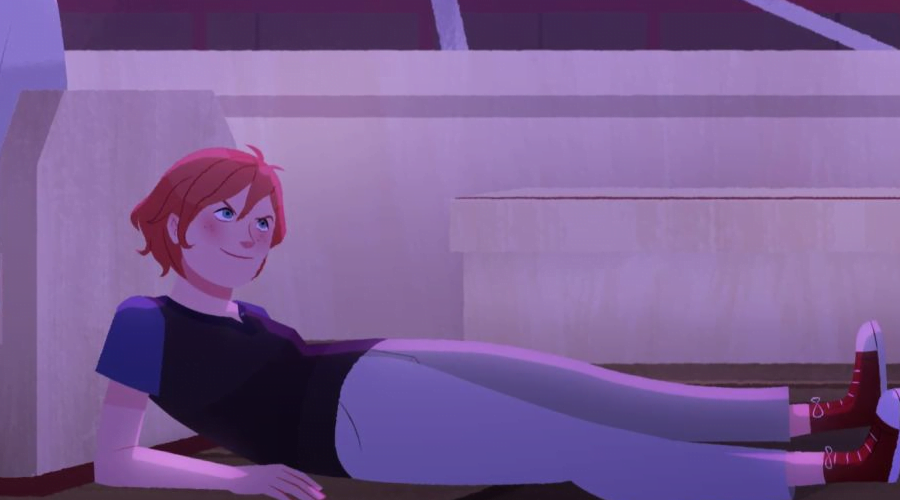 Is it perfect? No, of course not. The backstory episodes are the two parter that starts the series off, a pacing decision I personally never like and it means that two major characters who help set the whole series in motion, Ivy and Zack, aren’t present until episode three, and kinda come out of nowhere compared to Player’s long-term build up.

That makes the start a little sluggish, and of course, I have a deep and abiding hatred for the Australian accents in it, which makes all the other accents a tiny bit suspect. As much as this show wants to show you the world, I have a suspicion the voice acting cast are mostly all around the same studio in California.

It’s also kind of short – there are nine episodes at the moment, and with two of them dedicated to the big backstory dump, as well as asides to get both the VILE and ACME balls rolling, the story doesn’t really have enough time to get into the swing of regular, Carmen-And-Friends-Do-Something-Cool episodes as much as I’d like.

There’s talk, perhaps, about the way this series doesn’t recapture the past, while still capturing an essence of it. That I was bummed the way the villain names were more like codenames than they were like puns. That the seemingly gay relationship in the series is more implied than stated. That Carmen, for all that she’s a stylish femme thief still has hips and waist like oh god what.

Then I remember Ivy landing on a deck and shouting to the French cops behind her, ‘SAYONARA MUCHACHOS!’ and I laugh myself silly.