Two young fish are swimming along. An older fish swims past them and says ‘hey, kids. the water’s nice today.’ and swims on.


a few minutes later, one of the younger fish looks to the other and says: ‘what’s water?’

Normally there’s a fairly healthy turnaround time on Story Pile posts. I tend to like taking my time on them, and there’s also a sort of queue effect, where a movie or book or tv series will get watched while I do other things, then when I reach the end I’ll spend some time ruminating on my opinion on it before I ever write about it.

This, I watched last night. 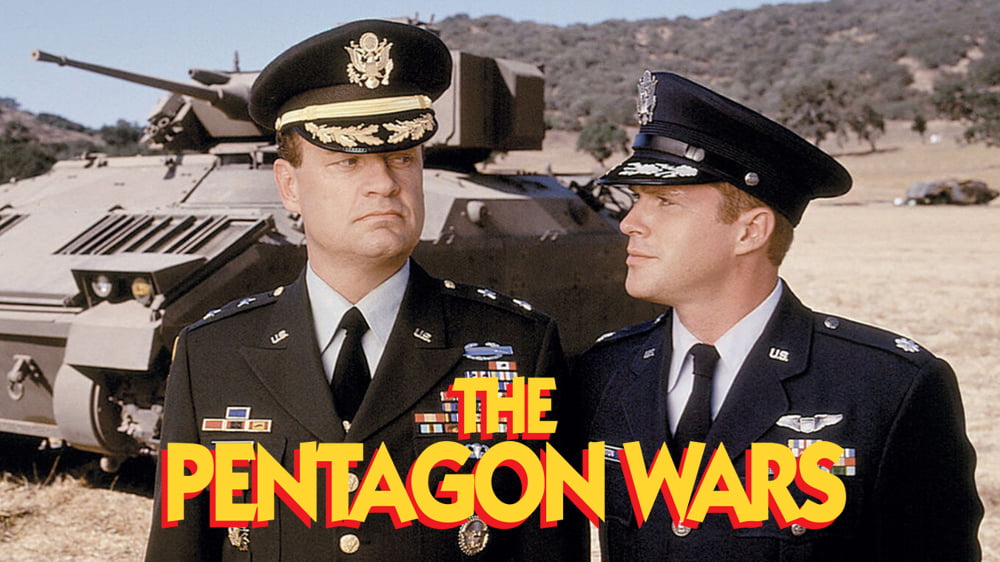 But anyway, this movie takes one of the biggest and most complicated things in the world, the United States Military, and zooms in on showing you how one part of it works, or rather, fails to work. Our Hero, Westley from The Princess Bride, arrives at the military’s latest boondoggle manufacturing plant to perform oversight on Frasier Crane, who obviously is in a bad mood about it, possibly because his penis tattoo has been giving him problems. The overall arc of the story is pretty much how you expect it to go, because the plot isn’t particularly challenging, and the actual technical information included isn’t either. There’s a lot done with framing devices, where characters have to explain things to one another, and in the process, detail entertainingly the way that The Army’s New Vroom Vroom Box was being badly made.

It’s a movie about systems, about the way that those systems turn to perpetuate themselves, and it’s one of those great narratives that is presented, out of context, to be this magnificent story of how a crap thing almost got made, and then the heroic actions of One Guy changed the course of history and now the Crap Thing didn’t get made to be Crap, and how he managed with a stirring speech to fix things. There’s a sports movie structure here, and then when the movie shows you the triumphant final goal, the moment when the heroes win, you get your slow victorious credits that tells you that the thing still got made, the money wasn’t recovered, and the thing probably was made slightly better than it was otherwise.

Also, the bad guys in this movie all succeeded and got promoted, and the hero was forced into retirement.

And then that’s it, movie end.

I like this movie, and it reminds me of two other movies I like: Down Periscope, which I’ve coyly referenced already and is mostly about bad military technology demonstrating skill gaps addressing technological gaps, and The Second Civil War, about how systems designed to give one another attenuated feedback (racism, media, and politics) all turbocharge one another and that flywheels out of control because there are no actual brakes on these systems and the ways the system can break successfully. In both of these movies, there’s this undercurrent of really good actors making much cheaper movies than you’d expect, which makes sense – they’re made for TV movies, but they’re doing a great job at it. There’s a central consciousness to these movies, though, an idea about how ‘hey, isn’t there something messed up about how we keep using money and externalised systems to try and fix things and it never works?’

The empire that is Capitalism is the water that these movies are drowning in.

This movie is a comedy of empire. It is about the kind of failure you can only make when you are the biggest game in town, and it opens with an explicit statement about how the nature of the empire’s solutions to problems is wasting resources. The Bradley Fighting Vehicle in this is a mis-matched collection of failed directives, the byproduct of competitive, economic, capitalist systems, that aren’t just American, but are also functions of the way that the American military is entrenched in the wars of other nations, supplying and supporting their conflicts. It is the Empire, and that Empire is expressed in its successes and failures not in making the world better, but in money spent and money wasted.

In this movie, the expenditure of fourteen billion dollars over seventeen years to develop the Bradley Foamcore Vacuum is presented as a moral shock, a vision that the machine has been wasteful and therefore, that crosses a line that merits the attention of important authorities to address the problem of the vehicle. The result of this attention is to spend even more money on it.

This movie is not about an example.

This movie is about an exception.

This movie is about one story about how one thing got its burning furnace of money for machinery of empire adjusted.

And the furnace burns ever on.