Enola Holmes is a one-off, self-contained movie about Sherlock Holmes’ perfectly rad little sister, when she discovers her mother disappeared, decides to try and find her. This starts by recruiting her two supposedly impressive brothers, and when they aren’t useful, she instead decides to go to London, follow her mother’s trail, maybe thwart an anti-democratic plot of the nobles, possibly discover her own connections to domestic terror groups, and kill a man with kung fu.

It’s a fun little movie, where Enola delivers direct narration explaining her position in the story, which I understand may be seen as a bit twee or a bit untidy for a movie aimed at adults, but you know what, this is Da Ween and this movie absolutely feels like it’s trying to hold the attention of an audience who sees Enola as a peer.

The movie features Henry Cavill, aka Zack Snyder’s Superman, aka the worst Superman in two of the worst Superman movies ever made, and in this movie, he is charming and he laughs and he smiles and it’s like, oh yeah, this dude is made out of Iconically Handsome Movie Man Pieces, why is he so bad at Supermanning? This one casts him as a less-asshole counterpart to Mycroft, but then underscores that both of them are privileged assholes. That’s neat. 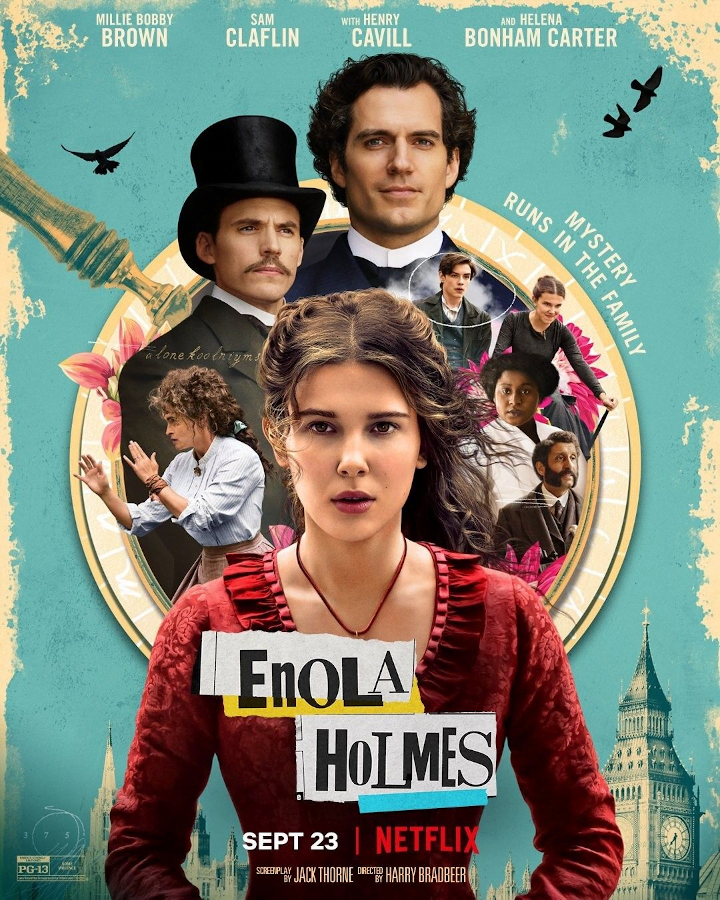 This is largely fine.

There’s this weird standard that Sherlock Holmes media gets held to, where they get compared to one another, or to the books, or to whatever most recent best version of it that exists is going around. Given just how much permutation there is of Holmes Media, or Sherlockians or Bakerstreetskin or whatever they want to call themselves, it seems to me to be pretty difficult to even make a quality statement about that.

What I can tell you is that Enola Holmes is a fun adventure story that seems to be complicated enough that any given kid watching is not going to be able to guess the way the story ends, but also not so complex that a kid is going to struggle with following what happens. There’s not a lot of adult humour, and it holds out the idea that hey, maybe young people doing their best and trying hard to make things better is good.

If you have Netflix, and you’re looking for something to add to the queue, and you have kids to entertain because school is over for the month, check this one out. It’s certainly better overall than a Potter movie, and it’s apparently a good introduction to an interesting series of kids’ books.