Okay, okay, hold up, this one might be a walk of an intro.

Do you know the story of Ananias and Saphira? It’s a Biblical story, a story that gets loved by grifting preachers and people who want to scare the shit out of kids. During the early days of the church in the book of Acts, when the church was going full communist, there’s this little cautionary story about Ananias and Saphira, a couple that sold everything they had, gave most of the money to Peter to build the church, and held some of it back.

When they brought the money to Peter, he looked at them, asked them if this was all the money, they said yes, and Peter said ‘no it’s not,’ and they died.

Now, I’m simplifying the story (it’s done in two incidents, there’s talk about whether it’s about lying or it’s about greed, but whatever, it’s Christian myth, it sucks ass and none of these people existed), but this is a story that sometimes gets brought up with a giggle pointing out that this would make Peter a level 17 wizard, minimum, or a cleric with the war domain, because this was a Biblical appearance of the spell Power Word: Kill.

Thing is… kinda the opposite way around.

The Power Word spells, which I first learned of in third edition D&D, are a set of spells with a mechanical profile. The character casting it utters a single word (the power word in question), and whether the subject can hear it or not, they’re affected by it. The only way to escape the effect of the power word is to have more hit points; they don’t offer saving throws, but if you have 101 hit points or more, power words don’t tend to do anything to you.

The most famous one is Power Word Kill, where if you have 101 or more hit points, nothing happens, but if you have less, the wizard can just say a word and straight up merks you, nothing you can do about it. It was also, back in third edition, a 9th level spell, which meant the wizard had been one-shotting people with Finger of Death for four levels, and just Enervating people for ten. That’s not important (though that the wizard was always strong, that kinda is always important). 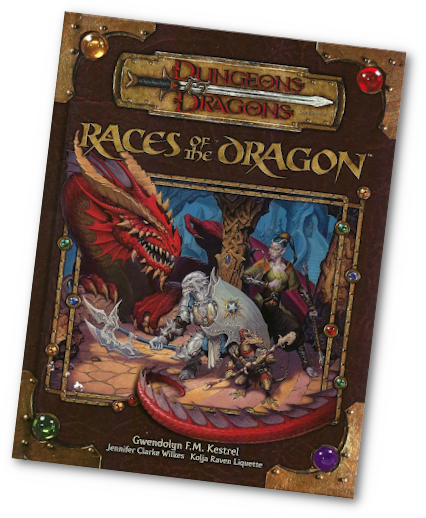 It’s also not imporant that Power Word spells were extended all the way down to the lowest level, in the book Races Of The Dragon (aka: Dragonfuckers Of All Varieties) with a level 1 spell Power Word Pain representing one of the most powerful options for low level combat spam powers. Power Word Pain deserves special mention actually, because its’ kind of gross.

See the effect of Power Word Pain was that if your subject had fewer than 101 hit points, they’d take 1d6 damage every round, for a number of rounds. If they had 50 or fewer hit points, this was 4d4 rounds. On average, that meant this level 1 spell slot could be used to cast a spell that would last ten rounds, and deal 3.5 damage each round. Now, as standard actions go, dealing 1d6 a round for ten rounds is a lot to ask at level 1, but it’s still very efficient damage. It’s positively gonzo though when you remember that this spell has no components beyond the word.

They don’t need to hear the word. Nobody sees you cast anything, you just utter a word. It’s close range, so at level 1, 25 feet, which is easily a large tavern space or a crowded street. And there’s no save to it, meaning this weapon is a terrifyingly good way to just murder someone.

What’s more, it can be put in a wand! For quite cheap! 750 GP for what amounts to an untraceable kill spell for low level characters? That’s wild.

It’s a fact seemingly ignored by many that Gary Gygax, for all that he became the godfather of a somewhat countercultural seeming power fantasy for nerds that thought of themselves as ‘not mainstream’ wasn’t some sort of rocking bearded ponytailed rebel of the outside leftist hippy class. Dude was a Christian. Dude knew his Bible stories. Dude was a pretty conservative old guy whose vision of fantasy came with a ton of baggage not the least of which was straight up imperialism. The whole vision of the Paladin derives from Charlemagne’s palace knights and the Camelot narrative that tends to sit at the root of a lot of white palingenesis. The entire idea of inherently evil, purgeable races like orcs and goblins and the subhuman is extremely racist and derives from a mind that thinks it’s okay to consider a world like that. 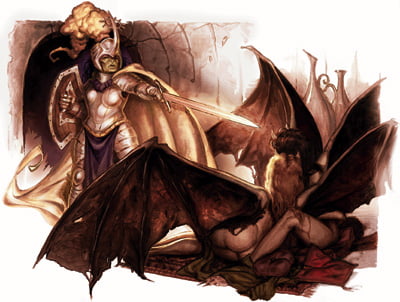 That isn’t as blatant as “Gary Gygax was a racist because he created the idea of Always Chaotic Evils,” because that’s too simple. It’s that we create things we find satisfying, we build our work out of ideas that work for us, and without needing to delve into Gygax’s inner life, Gary Gygax created a game where there are entire groups of sentient, self-aware, art-and-culture having, birthing-living-dying, family-and-tribe forming actual people who are just actually okay to fucking exterminate on a level higher and more reasonably than just ‘they’re here, and trying to kill me.’

It’s interesting, because Gygax wasn’t building a game with complicated reasons. It’s not like the removal of ‘always chaotic evil’ makes goblin keeps or marauding warbands of goblins stop existing. It just makes it so that there’s no more cosmic adherence to why you shouldn’t feel bad killing them. If there are a hundred goblins breaking into your town, stealing stuff, hurting people and starting fires, it’s not a moral ill to go beat them up and stop them, but if they’re Always Chaotic Evil, trying anything but beating them up is itself a moral ill. Negotiating with them is an evil association. The moral framing of the game is being used to limit your options and to encourage you to play like you’re okay with genocide.

That’s where you see this fundamentally conservative, controlling mindset: the original perspective of D&D wants to make the world simple, wants to make moral authority easy to claim, and wants to make it guiltless to purge other races in order to make the generation of warbands convenient.

Okay, what’s this got to do with Power Word spells? Well, my opinion is that Power Word Kill isn’t something you can use to understand the story of Ananias and Saphira. I think it went the other way around: Ananias and Saphira’s story inspired the Power Word spells. Because when you think about dickish DMs, who want you to be honest with them, and don’t tell you if they know what you know, with gotcha questions and immediate, abrupt punishment…?

It’s pretty easy to see that coming from someone who cares about the same god shown in the story of Ananias and Saphira.