Woo~ooo~Ooo~Oooo it’s trick-or-treating niiiight. Which it wouldn’t be wiiiise to dooo~oo~oooOOO~~ because of the globaaal pandeeemiiiiiiic~ You know now I think of it, it is a little weird to not see more Zombie fiction set on Halloween where they have to work trick-or-treating into the plot somehow. Anyway!

It’s Halloween and it’s the end of October, so it’s time to run down what I got done this month in amongst many other things.

First of all, articles. We did some interesting and different stuff this month, didn’t we? First, there were my readings of Hp Lovecraft writings with some critical response afterwards; I read Facts Concerning the Late Arthur Jermyn, aka ‘My Ape Grandma’s Grandson Was A Racist’, The Colour out of Space, aka ‘Space is scary and hicks don’t know when to be afraid,’ Nemesis, aka ‘hey, not so much racism this time,’ and The Statement of Randolph Carter, aka ‘behold the ancient days of a century ago.’ These were fun to do and reasonably easy, so if you want this kind of stuff, I’ll consider doing more readings on theme months.

I interviewed Erik the Bearik about Brinkwood: Blood of Tyrants, and that was lots of fun. I vented for a bit about ‘ghost hunters‘  and ‘real mystery‘ media, where I pulled my punches and avoided swearing about exploitative nonsense. I also wrote some companion pieces to my SCP Wiki video (and we’ll get to that), where I listed some SCPs I dislike and some I like.

I also did something special this month with videos! Since I’d been doing a lot of experimenting with video this year, I figured I’d bring them together and do five ‘different’ kinds of video.

For Halloween Forever, I talked about the game and about my relationship to Halloween as a cute, fun thing to be enjoyed. This was done by playing the video, then unscriptedly talking about the way the game made me feel. This was really easy to do!

For the SCP wiki, I made a simple video of a series of animations with minimal visual data, but with useful, clear iconography. This works well for representing text media, so maybe this is how I’ll tackle text adventures going forwards. This was also scripted pretty thoroughly before I made the video.

For Scarlet Hollow, I made a very quick series of pan-and-scans over stills from the game, which worked out well for explaining the ways the game worked. This was lightly scripted, but I did do a fair bit of editing to get the right flow down. This meant I could promote the game on kickstarter in an appropriate window, instead of holding things up. This also helped overcome my big problem with visual novels, where I often feel like I’m ‘wasting’ the medium to use video and voice to talk about a primarily textual medium.

Finally, Ai: The Somnium Files is like one of your more typical ‘essay-ish’ type videos, though not using the game to make some greater point. I scripted it out, read it, then used a loop of gameplay visuals which I overlaid with graphics to present more information about the game. I was able to weave in video footage and some captioning, which worked out okay, and I liked it.

I think I just talk faster than most video essay people. This video script is 2200 words, and the video is about ten minutes – but a typical audio reading, according to audiobook resources, is around 150 words a minute. Ostensibly, this should mean that this video should be about 15 minutes if I just read slower.

I’ll have to work on that.

For Gloomwood, this was much simpler to make. I recorded myself playing the game, as is, the first time. Everything is here – me messing up, me learning game mechanics, me exploring how the game worked from record to end record. 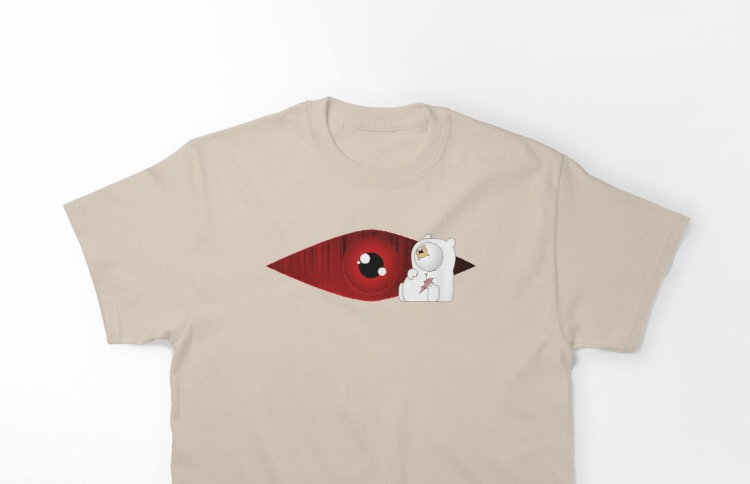 I also made a shirt this month! Then I was so happy with how one element on it worked out, I made it into a sticker! 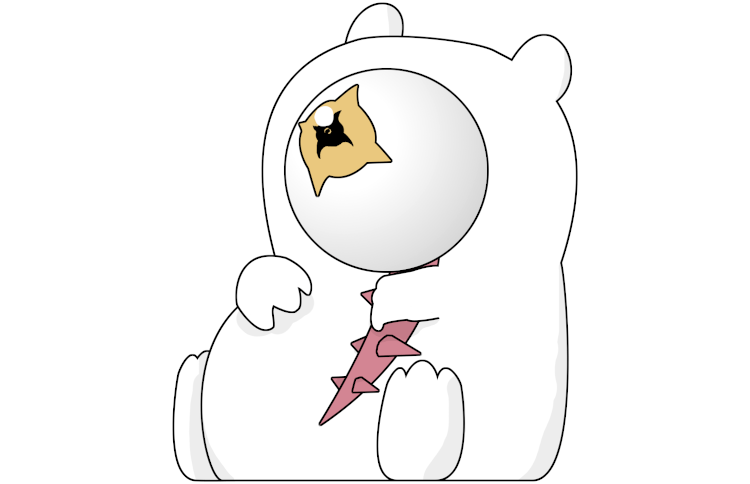 Aiba is a real sweetheart of a character, and I’m really glad to have gotten to play this game. When I make shirts and stickers, it’s often as ‘merch’ of my interests, and so this time I’m glad to be able to make merch of my love of this game.

And finally, personal life stuff? Well, October was busy – I’ve been marking pretty much every week of the month, and the marking has taken up a lot of time. I have a lot of students this semester, and they’re under a lot of stress, which has meant there’s been a lot of late-night mix-ups, or two AM calls from students worrying about how to get things working.

October was nonetheless a lovely month to catch up with some movies and shows I really liked, it was a wonderful experience in video making, and I enjoyed my recordings as well. Let me know if any of the content this month stood out to you as a fave and I’ll see what I can do going forward.