Alright you dorks, sit down and shut up.

There’s this term in fantasy tabletop roleplaying games that got popular talking about Dungeons & Dragons players, where they were described as being ‘murder hobos.’ If you’ve never used this phrase, it’s very much exactly what it sounds like; the characters are itinerant and homeless, but also do a lot of murdering. Setting aside the notion that characters who have the largesse to afford swords and rewards are homeless people as opposed to eccentric travellers there’s this persistent kind of aura around the term that speaks about it like it’s Thomas Beckett.

Now I want to make it clear, murderhobo is not a new thing. Murderhobo was being used on Usenet. Murderhobo is on Wiktionary. I know that’s the dictionary everyone can edit, but, hey, go try and climb that gate and tell me how hard it is to get over before you act like it’s easy. Murderhobo was used as a criticism of Dungeons & Dragons in specific, as far back as 2nd Edition, where the problem was one where the game systems only allowed for combat. 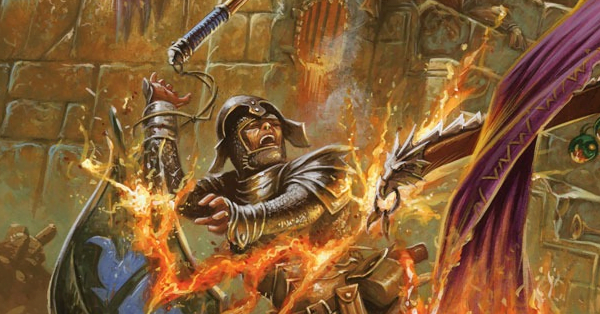 This kinda was seen as a standard argument template for D&D itself, as the system was mostly only good for combat, at the time, and therefore, any players who played it were going to be driven to do the things the game enabled them to do, and since the game had rules for killing people, it could only be a game about killing people. This is also where you get that aphorism roll player vs roleplayer, which is condescending wank in the first place anyway.

Nowadays, I see the term Murderhobo show up on Reddit, and it’s always framed as a great kind of dismissal word. See, murderhobos don’t show up in the conversation defending their murderhoboness. I don’t know any players who proudly proclaim ‘yes, I am a murderhobo, and this is why my playstyle is valid.’ A murderhobo is always an other, and therefore, their opinion doesn’t need to be held in high regard. This means that people will bring up Murderhobos only to complain about them, and that complaint will be made in terms of a failure of player behaviour. The question is framed as ‘how do I stop my players being murderhobos,’ or ‘how do I deal with murderhobo,’ and it tends to be done in a vision of play that is punitive and shitty and more than a little bit condescendingly viewed as a type of player that needs to be dealt with. Conversations include introducing new rules, punishing players for attacking things, ramping combat difficulty, poisons and toxins and traps and all of it

Is seen in terms of attacking the players for doing something. Because they’re the problem, right?

Alright then and with that loading, here are three reasons why Murderhobos Are A You Problem.

Players Do What Players Want To Do!

Back in 3rd edition D&D, the most powerful class was very, very easily, the wizard. The kind of permissive game we played, where we didn’t like to deprive players of the powers they’d levelled up and chosen to have, you weren’t likely to lose a spellbook. There weren’t a lot of antimagic fields or dispellers going around and enemies broadly speaking weren’t gunning to do stat damage. The normal controls on wizard behaviour weren’t there.

And nobody played wizards

In years and years of D&D 3rd Edition, I can remember playing at the table as GM or player with one wizard. I saw a couple of multiclassers who picked up wizard levels to be a sort of combat caster, a few battle sorcerers, quite a few clerics and a druid, but the wizard itself was unheard of, and the wizard we did see was an absentminded type who cut himself out of two very strong schools of magic to be a diviner, because he was interested in playing a librarian type.

(He was stonkingly powerful, of course, because the player knew what he was doing, but still)

What I did get a lot of were barbarians, fighters, rogues, swashbucklers, paladins, rangers and ninja. I saw players who wanted to close in on things and attack them with weapons, or shoot them with arrows with excellent skill. And at no point did I have to reign in wizards, because my players weren’t opting to play wizards. But the worst sessions I had were ones where, when looking at a lineup of dashing rogues and weary beat cops, were the ones where I demanded they stop kicking down doors and having impassioned speeches and grudges against rivals and learning about the cultures they were in or old secrets that were best left done, and instead demanded they sit and solve a cryptic crossword puzzle.

Players were not here for that. They told me that with what they played. They were here to do the things they found fun, and it was not up to me to make them look at a puzzle of a genre they were all terrible at then ask them to try and come up with a specific answer to it, like I was suddenly asking them to manage their passwords. The problem was not that my players were word game idiots, the problem was that they were here to engage with the game one way and I was trying to force them to do otherwise. Players don’t gravitate towards power the game presents them with in a noncompetitive environment. 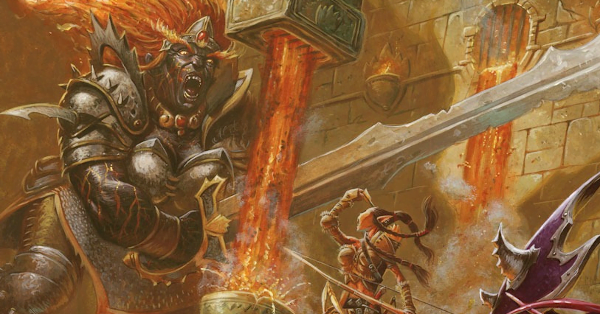 You Do Things To Engage Players

Murderhobos, the argument goes, are players who ignore what the DM is saying, then apply violence at the next opportunity. They are players who will ignore characters that interact with them and kill things for the XP they give, as if D&D is a system where all characters are walking pinatas full of rewards and that the DM is required to bequeath it upon players for stabbing peasants.

If we assume this is the case (and it really, probably isn’t in any game system I know), the thing that’s the problem isn’t the killing for XP, it’s that first bit, ignoring things. Players do not turn up, thinking ‘boy, I wanna ignore the shit out of this.’ They’re ignoring things because those are things that are not interesting them. If your players are murderhoboing through your NPCs, it’s because they don’t care about those NPCs, and that means you’re presenting them with game content that isn’t interesting them.

That’s your problem, because it means you’re not listening to the players about the kind of content they like. Most often it’s going to happen when you repeatedly present them with content they don’t like. I have been in games where a DM is trying to force the players to follow a particular path – and when we veer off the path, suspiciously circular circumstances bring us back to the same kind of spot, so the same kind of conversation that should have played out can play out again.

Players Resort To What Works

So we’ve gone over ‘players do what they want, not what the system incentivises,’ and we’ve gone over ‘players are going to ignore things when they get bored,’ so let’s go onto the final step, ‘you probably made them murderhobos.’ The thing is, players will often try to engage with things in the world bit by bit, and especially new players will look at the game world as, well, a world, and they’ll ask about the things they can try and the things they can do.

It’s really fun watching new players, because they’ll often come up with new ideas that are completely nonsensical by experienced rules. They ask if they can do things, they try things, and then those things sometimes don’t work. They learn about how the game handles things, and they learn what the DM will allow. What’s more, other players will sometimes reign them in – the rules say – and you, the DM, are in a position to make concessions or adjustments on the fly there. 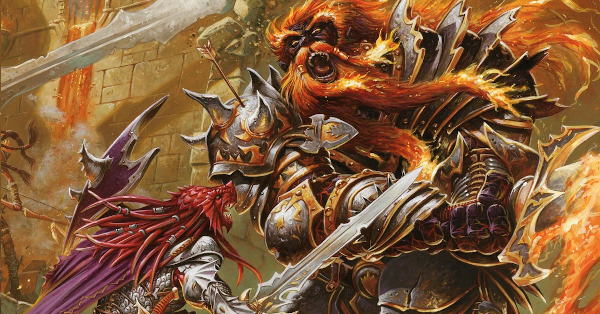 What you’ll find, is that almost every Murderhobo-concerned Dm, has a story at their base of a plot where they just want players to do The Right Thing. They have a key and a keyhole and they are just trying to make the players put one in the other and just do that thing. And when players try to throw the key or turn the key around, or try to do something clever or weird or pick the lock, the DM keeps saying no. No, no, no. No.

Eventually, players will limit their choices to the things that reliably work.

And if combat is the only thing that reliably works, if creativity and expression has died at your table because you spend your time trying to make players behave rather than watching how players behave, the tragic backstory of these murderhobos is you.