First of all, I am legitimately not, in any way, an expert on the greater contextual and cultural significance of Luke Cage, the series, as it pertains to blackness in America. I am no expert, nor am I even in a position to be an expert. If you’d like to read a take about blackness in Luke Cage and its first four episodes, check out these pieces on Women Write About Comics: They are better informed and better aware than anything I have to say. They do touch on something that I see in the other Marvel series, but we’ll get onto that when we get there. 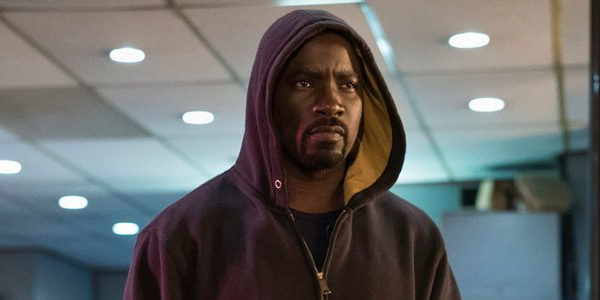 As best I can see, Luke Cage is a work of media that wants its blackness to be palatable to whiteness and is willing to simplify things to do that. I don’t hold it against anyone in the show on that front, I just see that as a byproduct of being made by businesses that ultimately don’t want to piss off white people too much. Yet, that’s not a perspective I’d have come to on my own.

Nonetheless, no work is a single expression; while the greater throughline and message of Luke Cage can ring hollow, while it is a show that has as said, forgotten the face of its father there are still things, I’d say smaller things, in this series that I think are good ideas, good things for storytellers to reach out and learn from. Telling stories is hard, telling great stories is incredibly hard – you take whatever tools you can get from whatever source you can get ’em.

However, that stuff is more… fiddly. So let’s put it after a jump.

Really quick, and I’ve mentioned this in the past, series have reference pools. That is to say, the group of media and culture that they are comfortable mentioning without explaining. A literal pool from which you can pull things to reference. Sports commentators, for example, have a whole pool of events and conversations about sports to draw from. Heck, superhero comics have their own reference pools, things they can talk about without ever have to explain. A good reference pool is a way to convey depth – it helps to present that the work is connected to a broader culture. 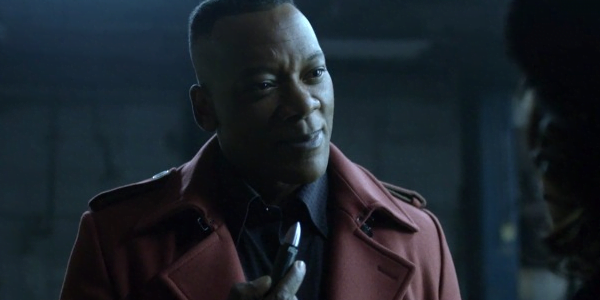 Luke Cage is a series with a very broad, very different reference pool. Basketball, movies, hip hop, New York architecture and history, black history, all these things are thrown around with almost no explanation. While some can see this as an unfortunate surfeit of signalling – and to someone who knows all the characters named and mentioned, I have no doubt it constructs a different image. To me, someone outside it, though, this breadth of reference had two effects:

It is a bit sad that this cultural reference was as much a thing if they were referencing an alien culture. But I think I can be forgiven for not being an expert on what things are like in Brooklyn, New York, given I’m not even from the dang country. There are a host of references – songs, artwork, singers and performers, cultural context and language from ten or twenty years ago, and there’s even a member of the Wu-Tang clan who shows up and I couldn’t pick the dude from a list of one. But that’s okay. It was refreshing not because it showed me this greater culture and helped me understand it, but rather because it didn’t care if I did or didn’t. I could go back and look things up and ask about who they were referencing and what that meant and there’d be resources, in the greater nerd ecosystem. That really wasn’t important.

There’s another thing this series did that stood out to me; it underscored, repeatedly, how how frightened the cops were. The hypothetical scenario for them of what if power was not exclusively ours. It wasn’t just the power of display but the power of opinion that they were worried about, as if life wasn’t already hard for them to do their jobs well, as if the corrupt police of Daredevil weren’t still in living memory. It’s interesting, but it also fails to engender sympathy for them – because they complain their jobs are hard, the jobs they aren’t doing. It rings a little hollow to complain about the difficulties of the job when those difficulties are mostly internal and so few characters in the police force are ever shown trying to connect meaningfully with people around them.

Still, there are some good details in the series, overall. One thing I liked a lot was the way they used the mass-produced bullets as a plot point; they both served Diamondback’s interests as a way to make money off Cage and a way to change the kind of threats that Luke had to face, and worked to show a broader plan. In fact, honestly, most everything about Diamondback’s direct confrontations with Luke worked pretty well. 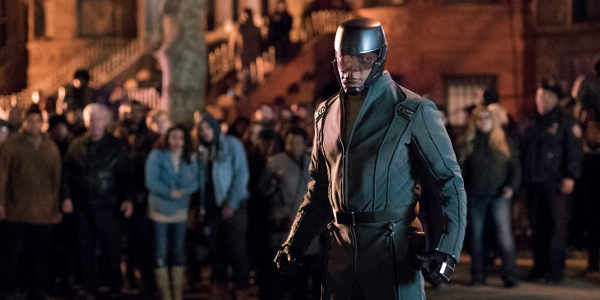 Particularly, the final fight deserves a special mention. It’s not uncommon, especially in Christian-Protestant based morality stories that intersect with superhero stories for there to be a moment where a heroic character has to decide to not fight in order to be victorious. Sometimes this is an emotional appeal – a character refuses to fight back, leaving a villain hesitant and changing course. Sometimes it’s full-blown spiritual, where the absence of violence leads to some greater divine retribution. What Luke Cage pulled off in this final fight was a pleasant form of this, where there was a coherent sensible reason for Luke to stop fighting back; to endure the punishment, but not strike back.

It feels a bit of an anticlimax, but that’s sort of how the series itself is. There’s an interesting idea, then… the rest of the narrative sort of just … feeeeps away.

Still, it’s good stuff, but also unremarkably good. And at the end of the day, if Luke Cage is saying anything, it seems to be saying it while quietly going shhh, white people, this won’t make you too uncomfortable.