“Happy families are all alike; every unhappy family is unhappy in its own way.”
— Leo Tolstoy

While I’ve had things to say about Daredevil and Luke Cage, those works were largely mixed, fairly robust and reasonably whole things, things that worked. They were series that were not great, but were good enough and were mostly remarkable in the ways they could be better. They were, as it were, happy families: they were similar. Even outlining their failures was mostly best left to small, short summaries.

Iron Fist, however, is an unhappy family, and it is unhappy indeed.

Rather than try and hammer together every complaint there is about Iron Fist into one mega-essay, which, let’s not kid ourselves, it’d be a rant, lose focus, and it’d need to be a dozen things all at once. Instead, then:

Oh and I’m gunna spoil the heck out of stuff.

We’re going to go over things that are wrong with Iron Fist. Not The Things that are wrong, not everything wrong, just things. I am not going to present you a comprehensive analysis or anything like that, because all sorts of interpretations are meaningful, and I cannot provide all of them and also because Iron Fist is a fractally broken series: There’s a lot of things wrong with it, and I want to share with you some of them. 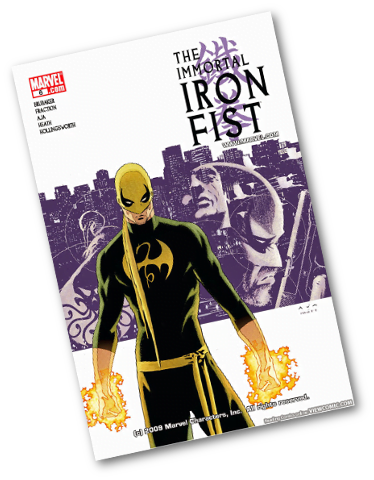 Where to start? Let us start with one of the first, stupid defenses of the series by its creators and its actors: Things were done the way they were to be true to the comics. If you were curious, yes, this will move into the conversation about Whitewashing Danny, but not yet. Rather, we want to talk about this excuse as what it is: An excuse.

For anyone who wasn’t well-versed in Iron Fist lore – and I’m not, I’m not that much of an Iron Fist fan – you might look at what this series does and think well they said they were being true to the comics.

Let’s run down that, real quick. Just based on the overall structure of the tv series, its broad plot from its establishment shot, I have some questions. Here they all are in the form of sentences that start In the comics,

Iron Fist is a kung-fu story. It is so painfully, basically, blatantly a kung-fu story. There is an introduction, a morally-centered question of personal motivation, and a narrative about opposition with a single larger-than-life character, who eventually has to make a single, important decision about the proper use of their power. 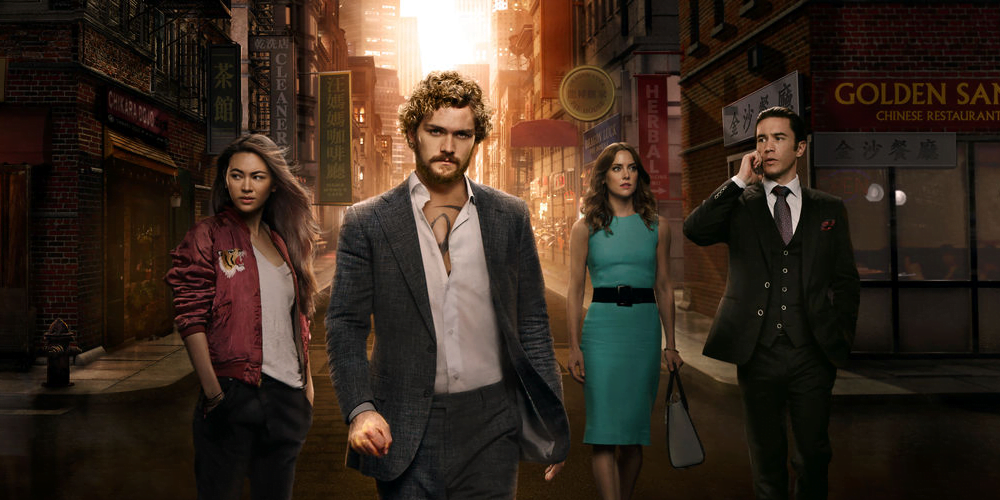 Kung Fu stories are almost always about discovering the main character; learning how the protagonist and their personal arc relates to the world, the code they live by and what they choose to do in the greater context opposing the system in front of them. Overwhelmingly, these stories are about learning about an individual as they relate the systems of their world like local authorities or old traditions.

A good comparison is the Western; the structures of the world do not support or protect the characters, so they must live and act by their own extremely limited, extremely specific code, a code that sometimes leads to tragic or violent ends. You will sometimes learn that the protagonist is stronger than you thought, has some secret past you slowly uncover, or perhaps is connected to the systems of the world in an unforseen way. The arc of these stories is inevitably about an individual relating to power at its most blunt – the point where powers and systems are willing to apply blunt force to individuals, and this individual resisting it.

None of this makes it to the TV series!

The series is a boilerplate mystery story with some backstabs and basic Is This The Moment They Are Caught tension, which would work fine in say, a Daredevil story that’s about a character with a secret identity or something. Of course, Danny doesn’t have one of those, because he wants to blurt out that he’s the Immortal Iron Fist to everyone he meets without ever realising that nobody notices what that means or cares. This series could be a Buffy spinoff.

I arm you with this knowledge, reader. I want you prepared for any time someone tells you they did this to be true to the comics, in order that you might be empowered to spit in their ear. If they say such a thing, they are lying, they believe liars, or they are clueless.

Part 2: The Whiteness Of Danny Rand