Fat Bear Week is a three-level long game about playing a big, lumbery, hard-to-control bear that wants to get enough food to winter, in a time limit. You maneuver around with WASD and the mouse and try to contend with momentum and want to hit as many targets as you can, which can be static or mobile. You’re eating a bunch of things, which may be mushrooms or berries or whatever, or they may be birds or bunnies that try to get away, and at some point in your exploration, after you get enough food, your bear transforms into a Big Chonky Boy, and now you’re not chasing things, you’re rolling around and trying to manage what is essentially, a big spherical ball that wants to eat things.

It’s pretty fun and its control mechanism is just bad enough that wrestling your bear around is satisfyingly fun, in the same way that you’re kind of bowling your bear around. There are some unlockable bears, there are stars for doing a good job, and there’s a ‘complete’ stat with getting stars.

I like this game just fine, and it’s free, and it will take you less time to download it and play all of it than it took me to write this article and put the pictures together. 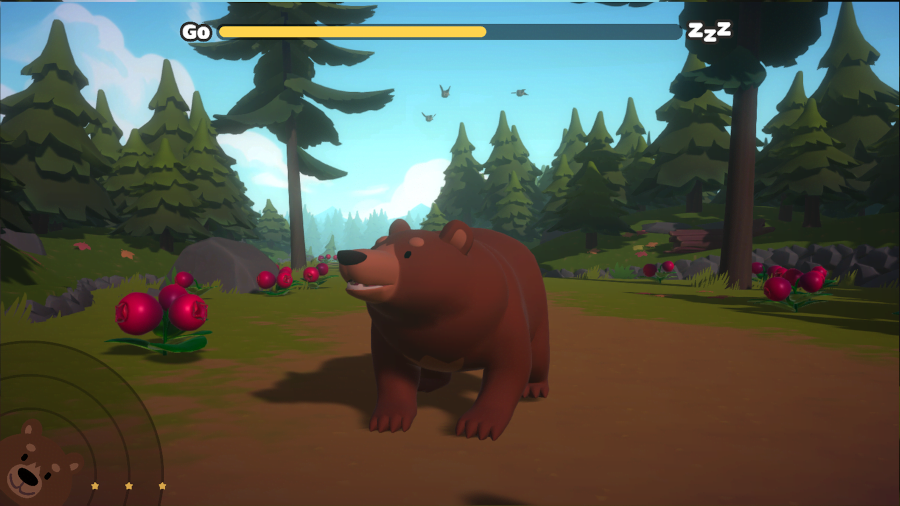 I found this game because I was browsing the games I bought in the Racial Equality Bundle on itch.io a few weeks ago. I did so by jumping to the end of the list of games, then worked backwards, page by page. I showed this one to Fox, and she played it, then I played it, we had a giggle, and that was pretty much it.

The bundle in question is so big that this game could have escaped my notice, and that’s a little sad and a little weird when I think about it. I even wonder if it’s worth doing a Game Pile about the game itself – it’s basically a tweet fodder.

There was also some idea, kind of kicking around in my head, that it was worth doing a Game Pile and going in on body normativity for this game, where it’s okay to be a fat player character, a big chonker, in a comedy game, but the conversation about fatness in a game seems best to be brought to bear on something that does a terrible job of it, something with multiple characters, and something that’s being made by people with large quantities of power and a clear means and obligation to do better like Capcom or Ubisoft, rather than an itch.io free game. 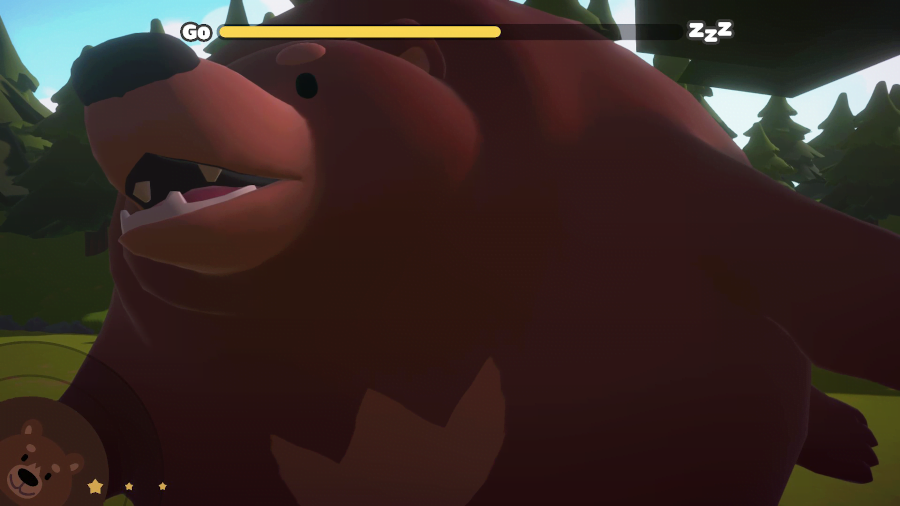 The thing is, this game is just… good fun? I like it? I wish there was more of it? And as much as I have a platform, as much as I can offer attention to it, I feel like it’s worth drawing attention to this kind of small project, something that could, hypothetically, be better, if the people making it knew that people wanted more of it. It’s part of an enormous bundle, and even outside of that bundle, it’s free.

I like to make a point that games of all varieties are worth talking about, worth consideration. My definition of games in an academic space is explicitly extremely inclusive, but I tend to not talk about games from this middle space. I’ll talk about a game my dog plays, but this game, which was made by people and I played and I found lots of fun, and may even yield more content if enough people are interested in it, somehow lives in a space where it’s too small to go off on but too big to be treated as one of those small games I promote and pick apart. A game I spent half an hour on is doing me a service, and my desire for more of it isn’t really a reason that the game should be discarded.

Anyway, check this one out, it’s free and it’s fun. And tell the people who made it what you think of it!