This month, we’re going to talk about the hottest of Pansexual Messes, Chandra Nalaar and you may be asking me ‘well why didn’t you do that during Pride Month?’ and the answer is because Wizards have not been exactly well behaved on this issue and I’m not about to do their marketing work for them just this moment thank you bloody much. Instead we’re going to talk about Chandra on her own time, thank you very much. 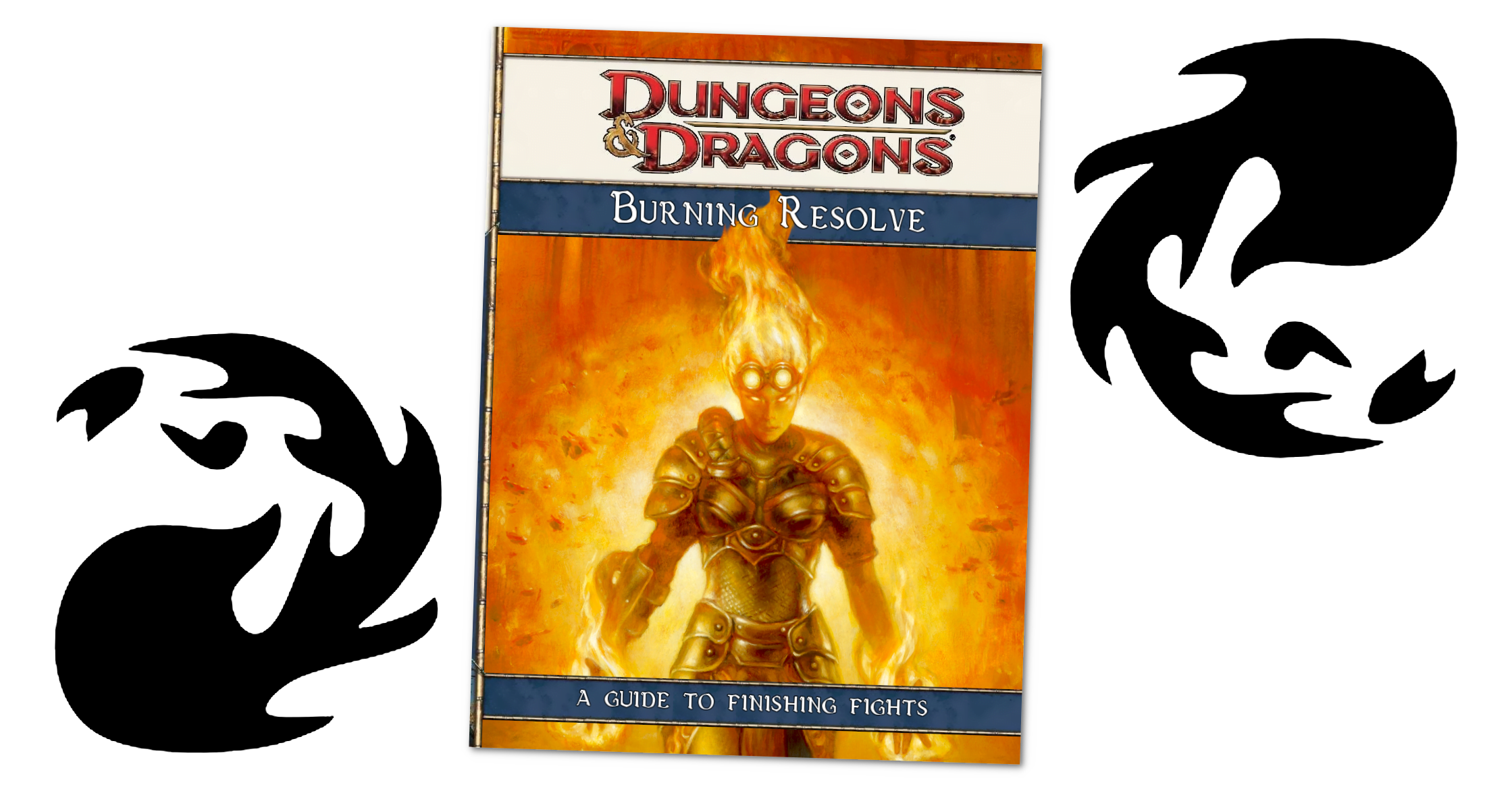 Chandra Nalaar is one of the iconic planeswalkers that’s been the modern face of Magic: The Gathering. The go-to example for a red major character for the past thirteen years, Chandra has had a range of let’s say corporate choices made about who she is and what that means. It’s okay, corporate branding media is always going to have some awkwardness to it, it’s always going to get a bit weird. The key details about her, which have been gleaned in part from the fictional work by Alison Luhrs and Kelly Digges and some tweets on the internet are that Chandra is a pyromancer whose powers are generally at odds with her intentions.

Chandra wants to hug the world, but her powers mostly let her blow stuff up. There’s a sort of problem where the narratives around Chandra have tried to do a lot of Mom-ing to her, but Chandra herself is pretty easy to grasp. She’s a fiery woman whose power generates fire, draws destructive influences around her, and doesn’t tend to hold on to grudges.

When it comes to gear, she’s got some elements of technology that focus her abilities; she’s commonly shown wearing some variety of metal gear that makes up an armour that I could see as being anything from scale down to even padded leather. There are some things she’s used to focus her magic, so I can see a case for implements, even if ‘regulators’ and ‘goggles’ aren’t really ‘wands’ and ‘staffs.’ She’s also pretty tough, as these things go – though in Magic, the durability of a planeswalker is directly connected to their ability to form emotional connections (loyalty), so, you know, it’s a bit of a different space.

In fact, if there was a single mechanical definition of what you’d do with a Chandra, it is absolutely a guaranteed fact that you would be doing something that involves fire, fire to the detriment of all things. 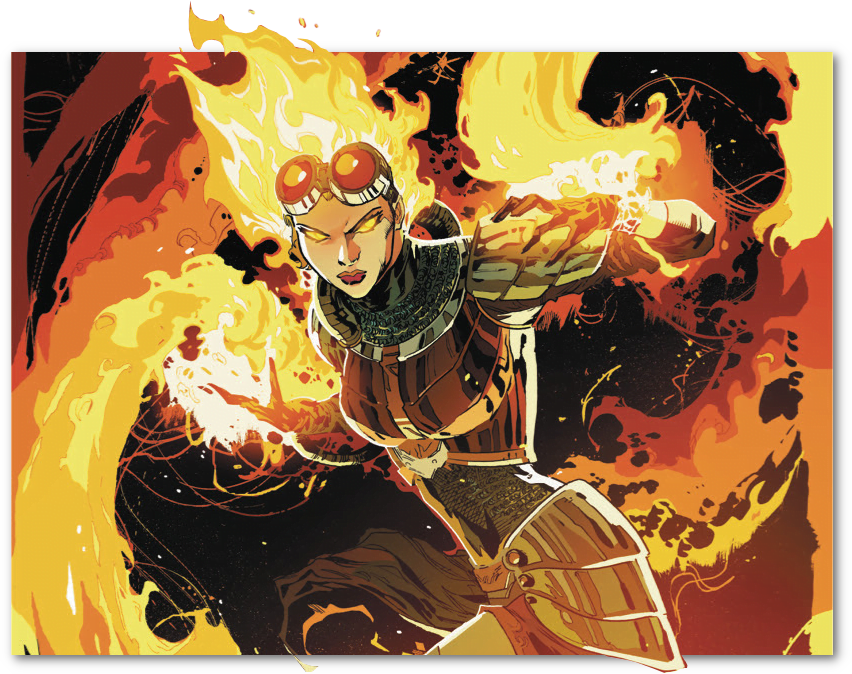 Sometimes when we do these we have to talk about a small number of universal traits that can be applied across all versions of the character that I could come up with. Sometimes a build gets to talk about a bunch of different specific builds for a bunch of specific classes, and sometimes there’s a great big, obvious, clear and singular example of something that’s going to apply to all these possible builds, and that is going to be fire.

Fire is a damage type that doesn’t tend to get a lot of weird effects in 4e D&D. There’s nothing comparable to the Wintertouched synergy, or the Radiant Mafia, a standard package that’s either extremely small and efficient, or that has an explosive force multiplier. It’s not even like charging, where if you’re really into it, you can just keep piling up new and better ways to make your charges even better. Instead, Fire has very little in the way of high-value payoffs, and it gets even more complicated when we’re talking about a build that feels right on the way through Heroic. Worse, some of that stuff is tied to gear, which means that even if you do have a build aiming at something, you’re still waiting to collect the objects that make it all work.

There is a good thing though; if you take any given character who can have fire attacks, and pick nothing but fire attacks, you’re going to do a pretty good job in general of looking Chandra-y. This is a bit of a give-and-take situation; on the one hand, there’s not a lot of strong reasons to Go Fire, but also, it’s not very hard to Get Fiery for most classes.

What makes it even worse is that in Chandra’s case specifically, she’s not really a Fire Swordy person – she’s a fire blasty person, and that means if you want to capture your Chandra feeling, you’re going to be leaving out all the weapon-wielding classes, which also really limits the kinds of characters you can play while being Chandra-y. Still, if we’re going to talk about optimising Fire damage for a character, there is a bit worth considering, specifically the Firewind Blade weapon enchantment.

Firewind Blade doesn’t make your attacks fiery, which is a bummer, but what it gives you in its place is splash damage on every hit made with the weapon. This is obviously really desireable for melee damage dealers, where you can, for example, do a melee close burst attack against 3 opponents, and for each target hit, get splash damage you can split up between them. This kind of incremental advantage builds up. If you do go into melee spaces, you want to check out classes that mostly get fire damage attacks already, or look at your ancestry options for later builds.

The ancestries available to you for your Chandra-like are a bit narrow too – because some fire optimisation is tied to specific ancestries. Tieflings and Firesoul Genasi have two of the stronger options.

The Firesoul Genasi has one of the best options that’s available way too late to really hit the spirit of the exercise, with Shocking Flames. This feat gives all your attacks Bonus Fire Damage, which means that pretty much no matter what you’re going to try and build, if you’re a Firesoul Genasi, you’ll be able to tack on fire damage. This works well with that Firewind Blade, again, but that’s a different direction to where Chandra wants to go.

Tieflings have Hellfire Blood, which just straight up gives an untyped +1 to hit and damage, all the time. Add on the Infernal Prince theme and a Tiefling can be a level 1 character with an extra +2 to hit, which is probably going to make the biggest difference at that low level.

There are a couple of options for dealing with fire resistance, but they mostly require you to be a wizard. Particularly of note is Burn Everything, which lets you ignore fire resistance (and even immunity!), and Stoking the Fire, which rewards you for using More Fire after you use some Fire. Also, there’s the Khyber Shard of Fiery Depths, which is a slotless item that just makes your fire attacks Do More Fire Damage.

Now, with all that sort of basic fire-based stuff out of the way… 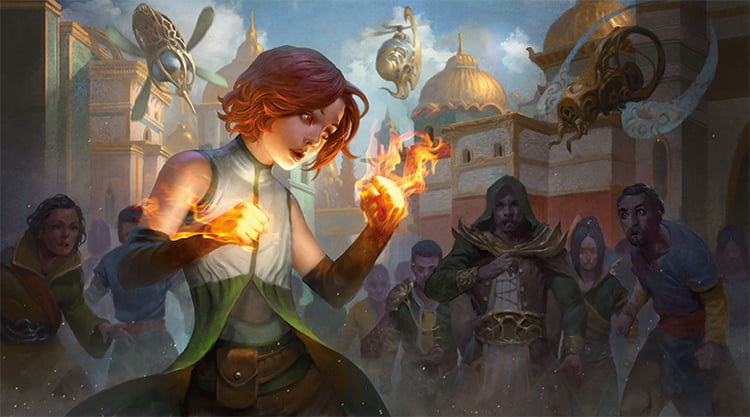 Basic as hell, but the sorcerer is a class where you can take fire powers every single level up. Now, the options for sorcerer get a little arcane (hah!), but if you want to just play a blasting platform that’s constantly pumping out fire damage, you have nice, clear, obvious options here, and there’s even a cute thing you can do with a Cosmic sorcerer, where you keep your Phase at the Fire Damage Aura levels all the time, by choosing to never advance it.

If you like the blastiness of the Sorcerer, but you feel the need to have more area and zone control, the Wizard has a lot of options if you just take a standard wizard for utility, and pick fire powers at every opportunity. There’s also the Arcanist/Mage, an option from Heroes of the Fallen Lands, which is, well, a wizard that picks up nothing but fire powers and gets to ignore fire resistance, which is pretty saucy.

Also, those feats that support this build are already going to ask you to be a wizard? Weirdly?

Hey, wait, no, I promise this isn’t a shapeshifter. See, the thing with Chandra is she’s also got a lot of firey elemental beasts that follow along behind her. She has cats and birds and dogs and dragons and hellions and all sorts of things that are all lining up to hang out with her, and if you go druid, you can still pick up a variety of very important fire blasty powers (fire hawk!), the area coverage of a controller, and also, because all your sentinel powers have levels on them, you can then substitute in standard druid powers.

What this means is that instead of a shapeshifter, you can play a ranged blasty Chandra, who can restore people to health (I suggest a inspiring words at range and in melee, a hug), with an elementally-themed bear or wolf, elemental-themed summons that all look fiery and stuff, and still hold at wills that let you spam firehawks at people and throw fire grenades.

The junk drawer is where you get all the melee variants and the monks. None of this stuff is particularly hard to build, because it works as a package that attaches to an existing character build – you can even splice some together. You could also try out the Hexblade, which can do most of the job really easily, but doesn’t quite fit Chandra’s blastiness.

The important thing to know here is that it’s not very hard to build a Chandra suite onto any character. Fire is easy to optimise, because its ceiling isn’t very high, but also, the demands are pretty low.

The most important thing to remember if you’re going to make someone who hooks ideas out of Chandra’s space is that you need to be an emotional mess who loves everyone easily and wants a dozen girlfriends.