It’s hard to be a Star Wars fan.

Star Wars is like any long-reaching cultural phenomenon of its ilk, mostly just like anything else that’s widely recognised, memetically important, ideologically contagious and loved by an enormous fanbase. It’s not – and I do not say this to make light – unlike a religion. It has shibboleths and practices, varying degrees of expression, rituals and totems, it has a sort of generalised spine of its own cultural values, and it has some fans who are into it who are just the woooorst.

At this point, I have watched nine of eleven Star War movies I’m aware of – I’m missing Rogue One and Rise of Skywalker. Of those nine movies, most are meaninglessly silly kid’s fare that we treat as more important than I feel they deserve, Solo is the worst kind of self-gladhanding we get too much of in fandom communitie, sabacc sucks so much, I actively liked The Last Jedi, and I loved about… half an hour of Return of the Jedi.

The half hour that’s all about Ewoks. 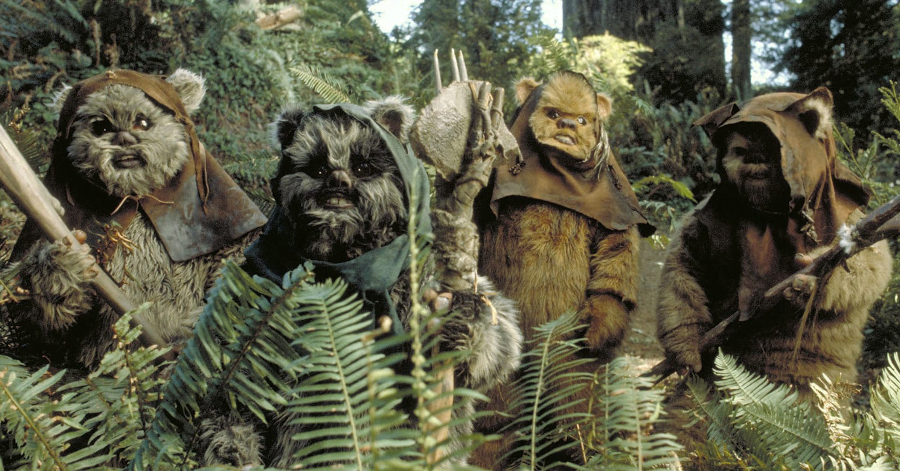 Understand that my position on these critters was definitely contrarian to start with. It was overhearing this entire discourse about how Return of the Jedi was a worse movie than Empire Strikes Back, because ROTJ had a happy ending, and stuff done to sell toys, while Empire had a downer ending, and … no… merchandising… at all. Now, this is childish discourse, and I don’t mean that in that it’s to dismiss the conversation wholeheartedly as frivolous, but rather, it’s a very young seeming conversation. Like, it requires you to be just aware enough of how movies work to recognise the differences in endings, and to be able to remember external factors to the movie, like the merchandising opportunities.

But the thing they were complaining about, when they were talking about those extrinsic factors weren’t all the spaceships and light sabers and marketable playsets in the other movies, but instead about the presence of Ewoks in the third movie, as if there was nothing these little alien critters did for the story that wouldn’t be better served by literally anything else. This immediately put me on the defensive, because like I said, it’s a childish argument, and the childishness in this particular case was that I enjoyed that movie and my immediate response to the childish criticism was to get in a fight about it.

Now, I, mature, sensible, realise that yes, Jedi has a happy ending, and it has a bunch of merchandising opportunities that weren’t going to be there, but I recognise that this isn’t a meaningful criticism of this movie. Trivia, by the way, is that the Ewoks were originally going to be Wookies, who were, uh, also, going to be there to be marketing-fuelled sales. I’m sure that would have a lot more artistic integrity though. 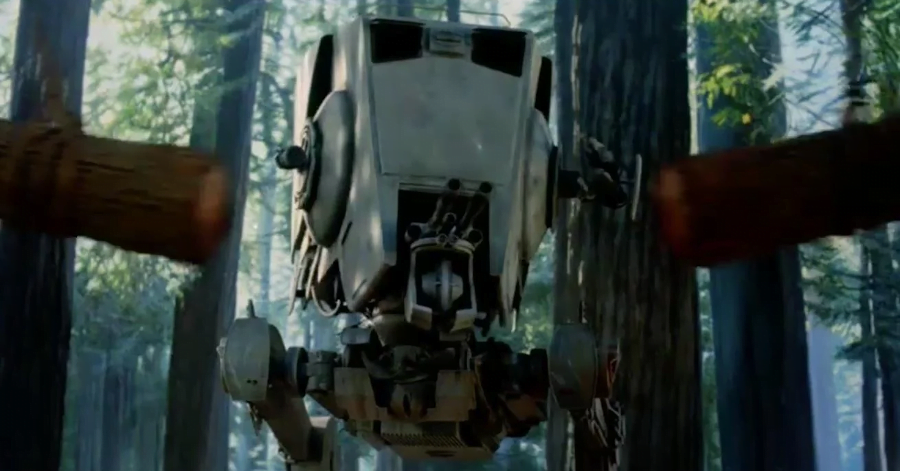 The counter-argument, which I hope is kinda obvious if you think about it for a few seconds, is that the Ewoks are an amazing little force of furry forest murder bastards, and from the perspective of the Stormtroopers, they’re trapped in a horror movie out in a forest where they don’t even get the dignity of fighting something enormous. The Ewoks win against opponents with vast technological advantages, and that seems to break the brains of the viewers who are determind to hate Ewoks. They see stormtrooper with a gun who loses a fight to a dude with a sword, and that’s fine, but the stormtrooper losing a fight to the ewok with a stone knife is somehow untenable.

The Ewok menace in Jedi is absolutely perfect for a host of reasons like how it shows that in the fight against evil, being willing to fight is enough reason for you to win, or how the technological sophistication of a faceless mass is meaningless against ingenuity and cunning, or the way that it shows in a story about imposing order on people without their permission, the reasonable response is retaliation and all it takes is one person to bring that to people’s attention, but I think the main theme I like for this is that the Ewoks are terrifying.

Ewoks are armed and equipped with weapons and armour made of stone and bone, and there are a few Ewoks who are shown wearing helmets made of skulls. They threaten to eat Luke and Han, and they do so with absolute clear intention to do it, which means that the later scene of them playing around on Stormtrooper helmets… are… probably post-dinner leavings? Cool. 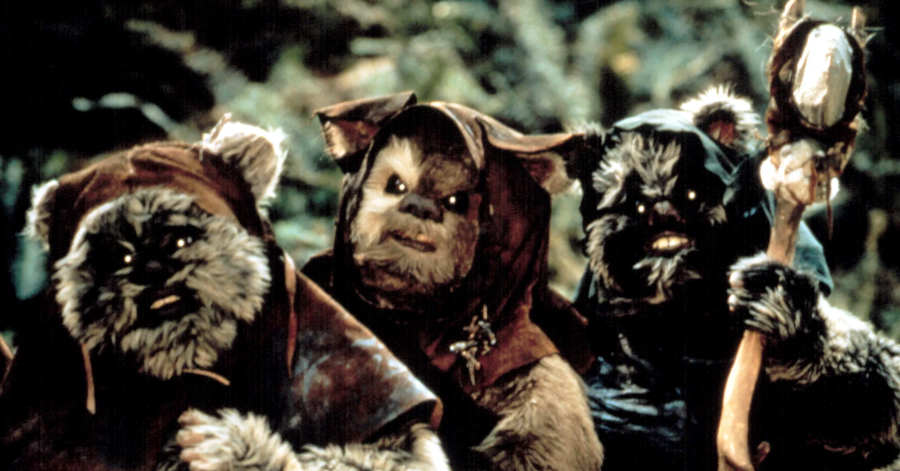 I guess my favourite question to ask people when this whole bit gets discussed is that there’s this bit where there’s a chicken walker strutting through the woods. This thing is literally a tank, it’s big and it’s a metal box on legs that can support it, and it’s armed with guns everyone runs away from. It is absolutely, undeniably, something that’s made for military conflict, and the Ewoks take one out with a trap that smashes the cabin with logs.

Did they have that trap set up already, or did they make it for this instant?

If it’s the latter, then that trap involved hauling huge logs – for an Ewok – up an incalculable height off the ground and set them up in tension, timed and prepared to collide at the right time and place. That’s impressive on a sheer physical angle. More than that, they were able to do this in secret, very quickly – the time between the commitment and the attack isn’t even a full day! At that point you’re talking about death engineer teddy bears who can operate a stealth mission to construct a death trap on the fly!

But then, if you say they didn’t make it here, then the question becomes what are those traps for? The Ewoks are setting up traps in the woods designed to kill things that are nine meters tall, what the hell kind of things are they fighting, that they need these traps around, and are familiar enough to make this trap repeatedly and it doesn’t need special mention?

That’s even scarier because that indicates that Ewoks are capable of existing on this planet with dangerous species that are that big on the regular, and that’s just what’s in the movie. And they hunt things, they catch things and they eat them. Every Ewok you see looks at a nine meter tall metal tank and wonders to itself, I wonder what parts of that taste good.

I think Ewoks are super cool, and I think that them being in a happy movie where fighting fascism is worth doing is a mark in their favour not a mark against them. In the end, the complaint about ewoks cooks down to a disdainful shout of  ‘They beat the empire with rocks and sticks!‘

To which the best answer is: “Holy shit, they beat the empire with rocks and sticks!“