There’s a particular generation of Anime consumers for whom the sub vs dub argument was not a point of preference, it was a vision of quality. It is not just that dubs lost nuance or made mistakes, but that the voice acting of dub voice actors was sufficiently bad to make the entire prospect moot. Perfectly translation and nuanced writing aside, the argument goes, dub voices are just much, much worse.

DUB: Do you speak Japanese?

DUB: Then how do you know if the voice acting is better or worse? The sub voices could be dogshit

SUB: Ah, you see – the important thing is that I can’t tell.

I’m sympathetic to how facile this argument sounds but it’s also not completely impossible to grasp. See, even if you can’t appreciate the way language is structured, there’s an emotionality in the human voice that a good can convey just as easily through a language barrier. There are cultural wrinkles between them but broadly speaking, if someone shouts in Japanese you can tell that they’re shouting.

Now, I can’t speak globally for this, because ultimately my sample size for normal anime fans is to check in with Fox, who is an inhuman stack of extremely persnickety cartoon trolls in a bag with a face on it, but this impulse to see ‘Japanese voice acting’ as a superior version to the English version, language agnostic, seemed to be not entirely an isolated phenomenon. I spoke to a few people, then spoke to a few people more, and eventually, I saw someone I never asked volunteering this idea on the spot.

Now, I want to make it clear, I haven’t watched much recent dubbed anime. As an exercise, I watched all of Fullmetal Alchemist: Brotherhood dubbed, but that’s ten years old and change. I have not been listening to dubbed anime in the past few years at all, and therefore all this sentiment, all this idea comes from a historical position that may have no more bearing on it.

I’ve talked in the past, about how Haibane Renmei got to exist thanks to a culture of common shared creative media that shows respect and audience for fan work. And, look, this runs the risk of running into goofy orientalism of oh, the Japanese voice is a superior voice, even beyond language and no, that’s stupid. But consider this.

Japan generates about 60% of the animated media in the world.

In Japan, there are over 130 colleges that teach voice acting.

In Japan, voice actors are draws to the work they do.

In America, I could not find a single college with a dedicated voice acting course. And there was a lot of hits for voice training, but that’s all theatrical performances. Voice acting is seen as a subskill of existing media – and when we do high level professional voice acting in the west, it tends to be seen as something you teach existing actors to do. Oh there’s a cadre of excellent voice actors that we know (hi Frank Welker, Charlie Adler, Jennifer Hale) but knowing those names is inside baseball. Notice that Welker is in part in such demand because he can do so many different voices, where he can replace animal sound effects. That paints the fact that voice acting, in the west, is a work where you expect to maximise value out of a small number of workers!

Now, it was even worse back in the 1990s, where voice acting and dubbing was in some cases being done by literally whoever was on hand at the time, and that kind of thing (probably?) doesn’t happen any more. Last year, there was a big fuss about David Hayter doing a meme voice, reading a tweet aloud in the voice of Solid Snake, because people seemed to be blown away by the idea that someone might pay a voice actor to voice act. Like he’d have something better to do? Like it wasn’t his job?

It costs about $70 for you to get Solid Snake to send you a birthday wish!

And he’s one of the best known names in the business! 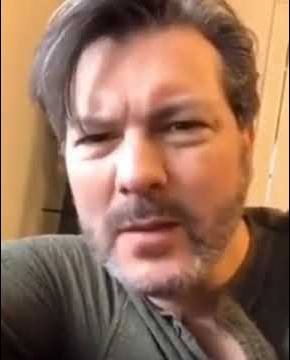 Time to time I’ll use the term media landscape. The notion is that you aren’t just looking at a single piece of media in isolation, but the place you live, the life you’ve lived, and the kinds of media that surround you form a context for the work you’re looking at. You can change your media landscape, but more than that, you can look at the media landscape of any particular work to put that in a context.