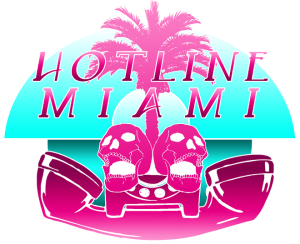 To talk about Hotline Miami is to talk about violence, about whether it matters, or it doesn’t.

I think there’s been a nervousness writing about Hotline Miami. There’s this sort of understated ha-haness to it all, this feeling that we’re all quietly looking around ourselves and double-checking that someone appropriately intelligent or important was saying it. I mean yeah, the game’s really good, you clearly play it well, but I feel at times in games journalism there’s an undercurrent of is this okay, a testing of the winds before we actually commit to comment.

I personally like to put some time between a game’s release and really writing about it. The nature of games journalism is a world of hot takes, where you have about two weeks to write about a thing, to make sure what you have to say is ‘on the bubble’ and then it might get to shape ‘the discourse’ and maybe you’ve had an impact. It’s why Bioshock Infinite earned multiple Game Of The Year awards despite being, as we look at it now in hindsight, pretty ordinary at best.

Play, in academic senses, is very important. I’ve talked about play a bit – interestingly, I’ve mostly talked about play in the context of sex, where having a defined space where rules that only apply within that space exist, is part of how we handle bigger topics. Play is very important, it’s ways we can look at ourselves, and it’s also how we can handle emotional states that we can’t handle in ‘live fire’ situations.

My ‘play’ experience is almost always at odds with the people around me, I’ve felt. When given creative spaces, I do things ‘wrong.’ I look at other people in a way I’m not meant to, or I create stories that don’t fit. I don’t put myself forward enough, or I put other people forward too much. When I deal with my real life, I also feel wrong in the same ways. I’m told I am both a thing, and also not that thing. I’m told my feelings matter, but also that my feelings don’t matter. I’m told to try and be all sorts of things, and that existence as a deeply damaged, flawed individual isn’t allowed, unless it’s wholly part of your identity. I’m told that nobody should judge others for invisible problems, by people who then talk at me as if I don’t have any of these invisible problems. I feel, overwhelmingly, excluded from spaces that are labelled for me. I feel at times that empathy and kindness hurt overwhelmingly.

And that means that in play experiences, when I’m hurt, when I’m mad, I just withdraw. Because I bring real anger into places of play experience. I walk into places where people assume they understand what I am, what I am saying. It’s not their fault. Who would know it? Who could know it? It was a hard enough yard to say to people ‘I play monsters.’ Thankfully I’ve gotten to the point people assume that means ‘Hannibal Lector jokes,’ but that’s ignoring me, not resenting me.

I like Hotline Miami a lot. As a consumer, as a consumer advocate, I feel nervous recommending it wholeheartedly. It’s a buggy frustration engine. It’s a collapse of fail states with a single silver thread of success running through it. Hotline Miami is full of violence, an almost-silent woman, utterly excessive violence, a nonsense plot, deliberately obtuse level design, and almost a nihilistic sense of self. It isn’t a game I recommend as a game in a very general way. Because when I write about a game, I tend to write in terms of thinking who does this game work for. That almost always comes from a personal place, a place of empathy. Freedom Planet sings to me of the heart of teenagers who grew up with Sonic The Hedgehog and who as adults revel in girly aesthetics, so it’s easy for me to recommend that. Far Cry 3 is a FPS with a ridiculous relationship with guns and a dark relationship with race, and if you can stomach both of those things and want to explore a big island, that tends to work too. When it comes to Hotline Miami… it’s harder for me to recommend.

Now, thankfully, there are lots of people who like this game, and they thankfully recommend it enough to one another. This means I get to watch people who have no connection to its source material love it. Laugh about it. Enjoy it for its hyperviolence and seeing within it a principled stance of videogame violence as meaningless. A conversation about violence as ludic language. I even glibly called Hotline Miami a ‘ludic poem’ with ‘music unlocks.’ Those people are hearing recommendations from other people, or observing the gorey combat and conflict and they’re fine.

They play Hotline Miami and they’re pretending at violence. It’s play. It’s outside of the self, it’s nothing to do with them. They are pretending for a while to be a bad person and the game asks you You’re a bad person, aren’t you? and they can gleefully say yeah, right now I am, because within the context of play that is all that needs to be true.

I play Hotline Miami and sink into the meditation of violence. I sit back and remember feeling that visceral sensation of blood in my fingertips, the adrenalin high of having the other boy on the ground and feeling spit and blood on my face, and knowing that I’m going to win this time if I can get it done before the other boy- and then the knee comes crashing into my head, but this time I’m winning. This time if I hurt him badly enough, he won’t be able to hurt me back, don’t be afraid, don’t think about how he’ll make you pay if you don’t do enough, let it take you, just do it or you’ll be worse for the hesitation.

I don’t think this is universal.

I don’t think that most people who have really experienced violence – as a loser, as a victim – will necessarily revel in Hotline Miami. I think that playing it, however, I find something, something outside of my own life, something that is set when I was six, when I was feeling what I was feeling. I can’t necessarily say Hey, if you got the living shit kicked out of you, in the nineteen eighties, and want to feel something of being the one empowered with a sense of fairness, this game might help you get to that place.

And I don’t say these things because I want solidarity, or because I want something cleansing, or because I am a better fan than other people. It’s just something that’s been on my mind, a lot, as I run around wearing a frog mask trying to kill a room full of people who are all, individually, my match, ten times over. It’s still so fucking weird to see people who have never been punched in the face talk about the Hotline Miami aesthetic. About how that’s what it is, now. About how this game can be something like that, a sense of style.

You’re a bad person, aren’t you?

And then, I close the game, I take off my mask, and I put on another one, as I try to live a better life than the one I feel I’m doomed to.